'Brexit Man', Steve Bray, was behind the stunt.

Former UK Shadow Chancellor of the Exchequer Ed Balls and Good Morning Britain anchor Susanna Reid decided to have a little dance as they were surprised by a protestor singing "Bye, bye, Boris" outside Westminster on Wednesday.

Discussing the resignations of the now-former Health Secretary Sajid Javid and ex-Chancellor Rishi Sunak, the former Secretary of State and TV presenter were discussing what the walkouts might mean for Boris Johnson when the tune of 'Bye Bye Baby' by the Bay City Rollers began blasting over the broadcast.

Anything can happen on live television 😂 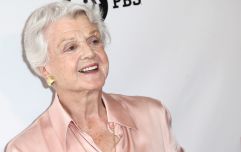 Tributes pour in for Angela Lansbury following her death

END_OF_DOCUMENT_TOKEN_TO_BE_REPLACED

As Reid joked "Are we about to karaoke?", it quickly became clear that the prankster was none other than Steve Bray, alternatively known as 'Brexit Man', who could be heard singing "just gotta get him to go away" before launching into his own version of the chorus: "Bye, bye Boris, Boris goodbye".

The pair then began to dance to the tune, with Balls even biting his lip as he got into the rhythm of the tune. Reid remarked:

"I suppose if you're no longer allowed to shout, there are other ways of making your voice heard" – a reference to London police seizing Bray's speakers after his demonstrations were deemed "too noisy" under new protest laws.

Nevertheless, Bray hasn't been deterred and no doubt took delight in the series of resignations announced on Tuesday evening.

Better still, it wasn't the only time Bray's impromptu protest was caught on camera. It's true, the timing here absolutely makes this clip:

It’s Steve Bray’s timing on this that makes it a classic.pic.twitter.com/QoXaPOXXan

popular
Amazon Prime Video has just added 38 very big movies to its library
The Banshees Of Inisherin is arriving on Disney+ sooner than you might expect
U2 drummer Larry Mullen Jr. says band may perform without him in 2023
The 50 most iconic songs of all time* have been revealed
Mia Khalifa claims seaside town is better than Miami
Dissection of a woman's body to be shown on Channel 4 tonight in TV first
Woman hit by rollercoaster is trapped in own body after finally awaking from coma
You may also like
1 day ago
Patient arrested after switching off roommate's ventilator because it annoyed her
1 day ago
'America's Unknown Child' identified solving mystery after 65 years
2 days ago
Peter Kay moved to tears on stage while opening his first stand-up tour in 12 years
2 days ago
Cruise ship passenger who fell overboard swam in shark-infested waters for 20 hours
2 days ago
Boy, 1, eaten alive by 11-foot crocodile in front of dad on fishing trip
4 days ago
Passenger tries to open door of plane mid-flight while claiming 'Jesus told her to do it'
Next Page