Chernobyl may have ended but it's very likely that the show's legacy will continue to have an impact.

Aside from being a remarkable piece of  TV that's destined to win countless awards, it's telling that Craig Mazin's drama has also inspired people to learn more about the horrific accident that occurred on April 26, 1986.

END_OF_DOCUMENT_TOKEN_TO_BE_REPLACED

If you've finished the show, we thoroughly recommend the accompanying podcast because it goes into a level of detail and discussion that's second to none.

Every single facet of the production is discussed and Mazin is extremely open and honest when it comes to talking about his creative process and why certain narrative decisions were made.

Throughout the miniseries, Mazin and his team were incredibly sensitive and respectful to the people whose lives changed forever after the accident.

Rather than pursue a simplistic and 'Hollywoodised' narrative, the writer did his very best to discuss all aspects of the man-made catastrophe and in doing so, he highlighted the incredible sacrifices and bravery that was required made to save Europe from an unimaginable disaster.

As you may know, the miniseries is based in large part on the memories of Pripyat locals, as told by Belarusian Nobel laureate Svetlana Alexievich in her book, Voices from Chernobyl. However, Mazin has also provided a detailed list of the books, documentaries, and TV shows that influenced his writing.

The show is extremely faithful to the real life events, however, it was never going to be 100% accurate.

This being said, the attention to detail is outstanding.

END_OF_DOCUMENT_TOKEN_TO_BE_REPLACED

The sequence of events in the control room that was leading up to the explosion? They're accurate and those scenes even feature some of the dialogue that was actually spoken in the actual room.

The firemen's clothes that were left in the basement at Pripyat Hospital? That happened and those radioactive garments are still there.

The robots who cleared the roof of graphite? It happened. The heroic miners who worked tirelessly to prevent further disaster? All true. The 'liquidators' that had to kill all the contaminated animals in the area? That's also true.

The show is extremely authentic but in a recent interview on the podcast, Mazin said that he took dramatic licence in two key areas.

First is a character.

Emily Watson's character of Ulyana Khomyuk didn't exist at all.

Instead, Watson's character is an amalgamation of other scientists who did exist. 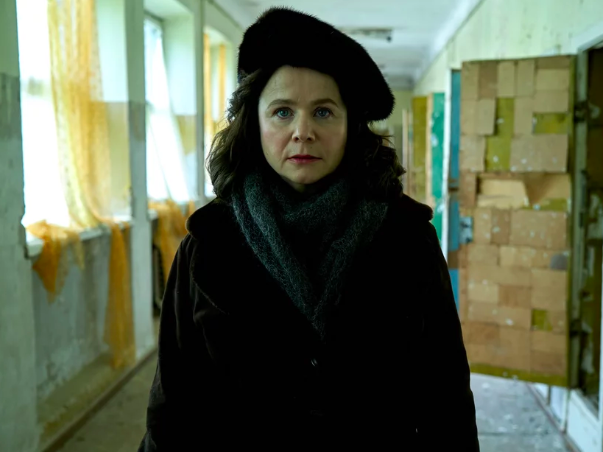 "There were hundreds of scientists that worked on the problem of Chernobyl. Valery Legasov was the scientist in charge, but there were so many more involved, and a lot of them were in positions of opposition to Legasov. They were at times more aggressive about the dangers, they challenged him on some of the solutions he was considering. In order to consolidate these people into one, I felt I had to create a composite character," said Mazin.

Speaking about her character, Watson said: “Craig [Mazin] describes her as a character who has been created in tribute to many of the scientists who were involved in the search for the truth and the aftermath.”

It should be noted that the actions Khomyuk made in the show genuinely did happen, but in real life, those deeds were performed by a number of other people.

The second element where Mazin took dramatic licence was with the trial that occurred in the final episode.

As you may remember, the finale switches between the Chernobyl trial and the reactor 4 accident itself, both of which are told simultaneously.

In the episode, Legasov (Jared Harris) reveals exactly what happened in the power plant and in doing so, he indicts the Soviet Union's culture of cost-cutting and secrecy for causing the disaster.

"Legasov was not at the trial. This was enormous dramatic license that I took out of necessity. I could have portrayed this trial exactly as it unfolded – with other people – but we wouldn't have known who they were, and we wouldn't have cared. It also took weeks and was quite boring," said Mazin.

In real life, Legasov and Boris Shcherbina (Stellan Skarsgard) weren't at the trial at all.

In HBO's Chernobyl, Dyatlov, Fomin, and Bryuhkanov are the three men on trial. However, in reality, there were three other men who were also on trial at the time: senior engineer and inspector, Yuri A. Laushkin; shift director of reactor 4, Boris V. Rogozhin, and the chief of reactor 4, Aleksandr P. Kovalenko. 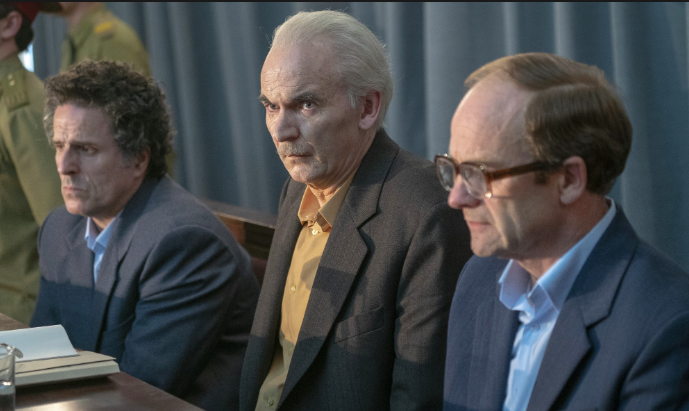 popular
One of Keanu Reeves' best movies has just been added to Netflix
The JOE Friday Pub Quiz: Week 272
CONFIRMED: Nightclubs to close, 50% capacity at indoor events and household mixing limit among new restrictions
Here's the lineup for tonight's Graham Norton Show
QUIZ: Name the country for each of these non-capital cities
The 50 most iconic songs of all time* have been revealed
Pandemic Unemployment Payment to reopen for workers impacted by new restrictions
You may also like
2 days ago
Game of Thrones Studio Tour will open in Ireland in February 2022
4 days ago
8 great new additions to Amazon Prime Video in December
4 days ago
"It has a Beauty & The Beast aspect" - Kristofer Hivju on his role in The Witcher Season 2
1 week ago
Marvel's answer to Die Hard and 7 more movies and shows to watch this week
1 week ago
Who tweeted it: Simu Liu or Rahul Kohli?
1 week ago
The 10 must-watch new (and old) arrivals on Disney+ this December
Next Page