Staying in this evening? If so and you're a fan of Derry Girls, make sure to stick on RTÉ One.

Siobhan, arguably the show's breakout star thanks to her turn as the sharp-tongued nun, will join Ray to talk abut growing up in Cork and why she gave up a career in science to pursue acting.

END_OF_DOCUMENT_TOKEN_TO_BE_REPLACED

Also appearing on the show will be Coronation Street star Kym Marsh.

She's set to spill the beans on her upcoming exit from the soap after 13 years as barmaid Michelle Connor and her role in ELF - A Christmas Spectacular, which comes to Dublin's 3 Arena this December. 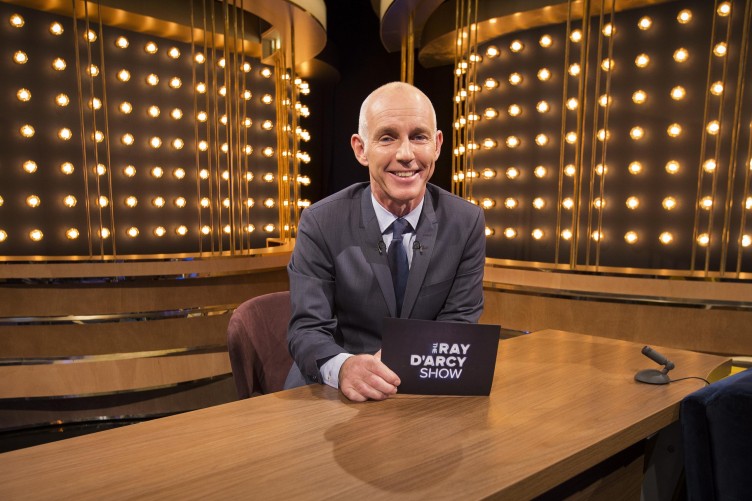 With the Rugby World Cup now in full swing, RTÉ pundits and ex-Ireland players Bernard Jackman and Stephen Ferris will be on the couch too.

They'll be sharing their thoughts on the opening games of the tournament and looking ahead to Ireland's first match tomorrow morning.

Wedding planners Tara Fay and Bruce Russell of RTÉ show My Big Day: At Home or Away are set to chat to Ray too while BBC Radio 2 DJ Cerys Matthews, who recently launched a new cookbook, rounds out the line-up.

The Ray D'Arcy Show airs on RTÉ One at 9.55pm tonight.

House of Rugby Ireland · Munster's nail-biting win, European games in doubt and Darren Cave interview
popular
The JOE Friday Pub Quiz: Week 226
Recall of Pedigree dog food over safety concerns
QUIZ: Can you recognise each of these iconic Dublin pubs?
QUIZ: Can you pass your driving test and guess the meaning of all these road signs?
QUIZ: Can you guess the drink from its can?
QUIZ: Can you correctly identify these European country flags?
QUIZ: Name all the counties of Ireland that contain 3 vowels or more
You may also like
1 week ago
Bridgerton streamed by 63 million households in record-breaking Christmas for Netflix
1 week ago
Tanya Roberts alive despite reports of her death, confirms representative
1 week ago
Netflix’s new true crime documentary examines one of the most infamous serial killers in US history
1 week ago
Former Love Island star Zara Holland charged in Barbados for breaching Covid-19 rules
1 week ago
New landmark documentary on Martin McGuinness to air on TV this week
2 weeks ago
New series of Reeling In The Years to air on RTÉ this spring
Next Page