Any plans for later this year? Keep some time free, because you and a friend could be jetting off to Italy.

Here on The Big Reviewski - the brand new film show from JOE and Her - we've teamed up with the film-loving folk at Warner Bros. Pictures to give you the chance to win a VIP trip to the beautiful Tuscan city of Lucca in northern Italy.

END_OF_DOCUMENT_TOKEN_TO_BE_REPLACED

It's all to celebrate Steven Spielberg's spectacular-looking new sci-fi adventure, Ready Player One, in cinemas from Thursday 29 March and we'd love to send you to the 2018 Lucca Comics and Games Festival (31 October - 4 November) to mark the release in style. 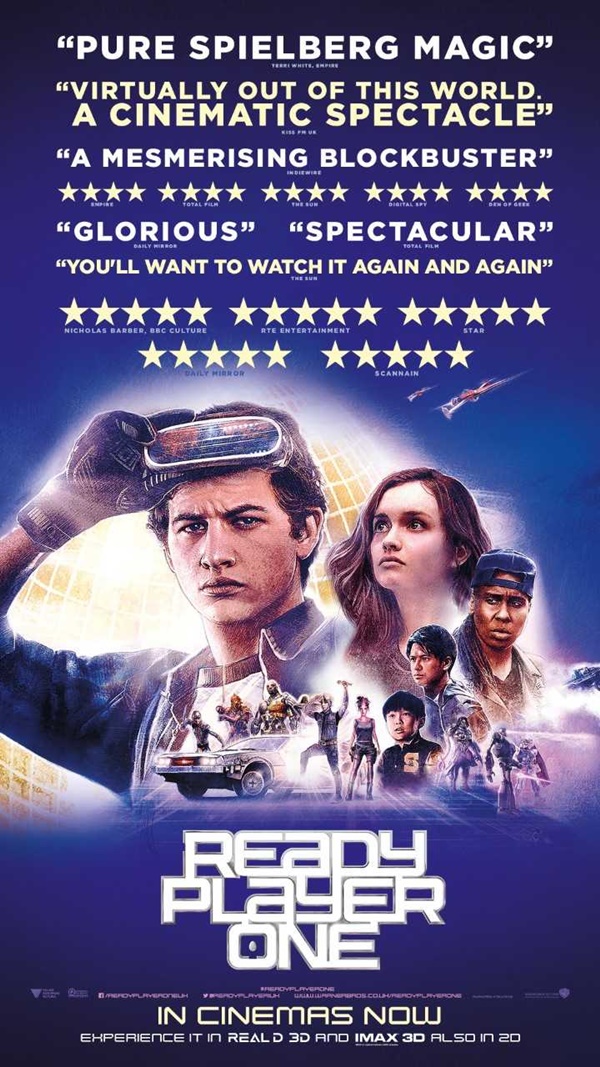 An epic Steven Spielberg film calls for an epic VIP prize, so you and your plus one could be getting your hands on...

It's so easy to be in with a chance of winning, all you have to do is subscribe to The Big Reviewski on iTunes here or SoundCloud here and answer the very simple question below...

(CLUE: the answer is in the first 15 minutes of the show)

In the meantime, get ready for the adventure of a lifetime in Steven Spielberg's Ready Player One...

Ready Player One, Cert 12A, will be released in Irish cinemas on 29 March

Advertisement
popular
Status Yellow snow warning issued for five counties
Here's Week 58 of JOE's 19 in 90 quickfire quiz
Lotto players urged to check tickets after someone won €10.7 million
Here's the lineup for this week's Late Late Show
What the hell is 'Stomp and Holler', and why does Spotify insist that you love it?
Sale of luxury castle in Kerry, described as "one of Ireland’s best kept secrets”, completed for €4.5 million
The 50 most iconic songs of all time* have been revealed
You may also like
1 day ago
Documentary on Fungie's disappearance and The Den Christmas special among highlights of RTÉ festive schedule
1 day ago
Here are the best movies on TV on Tuesday
2 days ago
We're sorry, but a new clip from Wild Mountain Thyme is on the loose
2 days ago
Get in, losers! According to Lindsay Lohan a Mean Girls sequel could be on the way
2 days ago
Tayto Park announce retro drive-in Christmas movie weekend
2 days ago
Information revealed about Black Panther sequel
Next Page