These are the most-complained about moments on TV in 2021

How many do you remember?

UK broadcast TV watchdog Ofcom has released its most complained-about moments of 2021.

While the list is eerily predictable, it does paint a pretty dire picture of the year as a whole.

Unlike the regular breed of Karens, Ofcom Karens are sometimes justified in their complaints – as evidenced by the following list...

END_OF_DOCUMENT_TOKEN_TO_BE_REPLACED

The producers of Love Island woke up and chose violence that day.

While the world was tuning in to watch undeniably gorgeous people make a fool of themselves, there was a gentle reminder of their humanity when a fake postcard arrived at the villa.

Postcard-gate convinced Faye that Teddy was cheating on her – but this was not the case.

The situation was dubbed as manipulative and cruel, which in turn instigated 4,337 complaints.

#4. Harry and Meghan appear on Oprah

Perhaps one of the less justifiable additions to the list, this landmark interview broke the Internet and then later Piers Morgan. 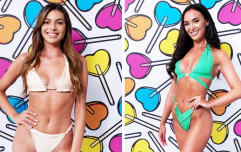 END_OF_DOCUMENT_TOKEN_TO_BE_REPLACED

Talking about all things royals – and arguing the racism of both the press and the royal family – Markle earned the respect of many but also set fire to any possibility of a return to royal life.

The special received almost 6,500 complaints, all of which were undoubtedly from the Queen.

#3. Celebrities: What's Happened To Your Face?

While most of us understand that celebrities rarely look like themselves, this Channel 5 show dedicated itself to highlighting, analysing and broadcasting facial flaws to the nation.

The complaints came in at over 7,000, which is getting off lightly all things considered.

Charlotte Crosby, who featured in the show despite her best efforts to shut it down, branded it "immoral and insensitive".

While declaring that Teddy was not allowed to find another girl attractive, Faye shocked the viewing audience.

While many acknowledged how ITV played a part in the drama, others reminded viewers that Faye behaved appallingly.

While Teddy sat there and attempted to have a conversation, Faye was racking up 24,291 Ofcom complaints; a number that could only be beaten by the UK's biggest rage-fuelled TV host.

Ofcom must have a complaint folder just for Piers Morgan; after all, the TV host racks up more headlines than most celebrity scandals.

With over 54,000 complaints, Morgan's rant and subsequent walkout had the nation gripped.

During one of his routine rants about Meghan Markle, fellow host Alex Beresford said what many people were thinking.

While Beresford spoke about personal experiences shared by communities of colour, Morgan eventually lost his nerve and stormed off.

The heated debate resulted in Morgan totalling a shocking 54,595 complaints.

What does he win? Nothing, unfortunately.

What do we win? Well, he isn't on GMB anymore.

popular
Netflix has just added 23 very big movies to its library
People want "offensive" Crown Paints advert banned after attracting hundreds of complaints
Disney+ has just added 10 big movies to its library
Human remains found in suitcases are the bodies of two children
A terrific '90s crime drama is among the movies on TV tonight
The 50 most iconic songs of all time* have been revealed
Why Bran Stark is the true villain of Game of Thrones
You may also like
4 weeks ago
Love Island hit with 3,000 Ofcom sexism complaints over controversial Casa Amor moment
1 month ago
Jacques O'Neill has left the Love Island villa
1 month ago
Tonight's episode of Love Island features the "most dramatic recoupling ever"
1 month ago
Love Island fans complain to watchdog after return of "vile" drinking challenge
1 month ago
Love Island host Laura Whitmore defends herself from criticism after allegedly ‘humiliating' contestant
2 months ago
Irish man heading to Love Island villa as contestants are announced
Next Page