On a controversial Late Late Show, Liam Neeson's comments were somehow the most shocking

Sean Spicer was supposed to be the story.

Most of the talk ahead of last night's Late Late Show centred around an excited dread at the prospect of Donald Trump's old liar-in-chief Sean Spicer, who many feared would be given licence to charm us all with tales of his ancestry, down a Guinness and head on his merry way back to Doheny & Nesbitt.

Ryan Tubridy acquitted himself well enough, though, correcting Spicer when he had tried to laugh off a question about immigration, confronting him with footage of his lowlights behind the Press Secretary podium, and jabbing him with a sharp one-liner — "If the president can say then why can't I?" — on Trump's recent "shithole countries" remark.

END_OF_DOCUMENT_TOKEN_TO_BE_REPLACED

Tubridy did not press Spicer on the Muslim travel ban, the transgender military ban or the suggestion of Trump's collusion with Russia. It was a strange interview where Tubridy conceded a lot of ground to a man that deserved none, and devolved into chuckles a few times too often. Others have criticised Tubridy for being too harsh on Spicer, so maybe it's worth noting that when you're interviewing an affable but professional liar who has played a major role in a grotesque government, you just can't win.

Supposed to save the day was Liam Neeson. Some on social media had even joked that Neeson might do us all proud and beat Spicer up backstage. But towards the end of his chat with Ryan, Neeson took a turn that has, without exaggeration, cost him many fans.

Asked about the Me Too movement rip-roaring through the movie industry, Liam Neeson, before saying anything else, immediately characterised the exposure of abusive men in Hollywood as "a bit of a witch hunt."

He went on to say "There's some famous people suddenly accused of touching some girl's knee, and suddenly they're being dropped from their programme."

Harvey Weinstein. Kevin Spacey. Dustin Hoffman. Matt Lauer. Louis CK... There is not a single high-profile case where accusations of sexual predation can be boiled down to a moment of unsolicited knee-touching. Which is to say that Neeson was simply exaggerating to make his point. If Neeson's argument was a sound one, well, there would simply be no need to make stuff up.

On the subject of the allegations against Dustin Hoffman, Neeson equivocated. First, he said that he was on the fence about the accusations before going on to dismiss them as "childhood stuff." It's possible that Neeson doesn't know the exact details of the accusations against Hoffman, but the most prominent of them are from 1980 and 1985. At the time, Hoffman would have been well into his 40s — not exactly childhood stuff at all. It was another entirely false explaining away of sexual harassment that, somehow, went unchallenged. 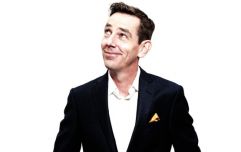 END_OF_DOCUMENT_TOKEN_TO_BE_REPLACED

"When you're doing a play and you're with your 'family', other actors, technicians, Neeson said  "You do silly things, and it becomes kind of superstitious if you don't do it every night, you think it's going to jinx the show. Apparently he touched some girls breasts but it's childhood stuff."

It's an excuse that's actually hard to dignify with a response. Is Neeson saying that men were groping women out of... superstition? Even thinking about this explanation for like five seconds is enough to make your brain shut down. Which might be why, again, Ryan Tubridy failed to challenge him on it. Perhaps Neeson could have softened his point or been made to see the light if his interlocutor had led him towards it, but rather than "But what about..?" or "Shouldn't we also consider..?" or "Do you not think..?" viewers got "Sure we could talk about it all night." End of story. Exit, stage left, pursued by thousands of fans who used to love you.

It was a discussion that deserved far more than the three or four minutes it got, and a monologue that could have used some marshalling from someone standing up for the perspective of the many victims, women and men, who have bravely spoken out against Hollywood's toxic environment.

More than that, it was a heart-in-mouth moment for many Irish women, who are tired of being reminded that no matter how much evidence they provide, there are still powerful men who will refuse to believe their story. 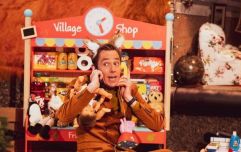 END_OF_DOCUMENT_TOKEN_TO_BE_REPLACED

There can be no denial that men in power have a long and painful history of abusing the women that work for them. Indeed, most of the men who have been caught up in the Me Too movement have already admitted some degree of wrongdoing. When you spend your life hunting witches and the witches finally demand that you stop, that is not also a witch hunt. It's just justice.

"The focus seems to be on Hollywood but it's across every industry," Neeson concluded, after Tubridy had at least gotten him to concede that, in general, public discussions about sexual misbehaviour were "healthy." But even then Neeson seemed eager to shift the focus from Hollywood to the conditions faced by female labourers in third world countries. It would have been easier to see his point had he not so stubbornly refused to accept the conditions faced by women in his own industry.

The Big Reviewski || JOE · The Big Reviewski with Y: The Last Man, that Malignant ending & a secret streaming service
popular
The five "best places to live" in Ireland have been revealed
The 50 most iconic songs of all time* have been revealed
The JOE Friday Pub Quiz: Week 261
One of the better Liam Neeson action romps is among the movies on TV tonight
PICS: The man with the biggest penis in the world has one unbelievable problem with it
Daniel Craig says goodbye to James Bond in emotional farewell speech
The Ultimate Dwayne "The Rock" Johnson Quiz
You may also like
2 weeks ago
"You have a murderer still living in Ireland" - Sophie Toscan du Plantier's son makes fresh appeal for information
2 weeks ago
Donie O'Sullivan, The Script and Ireland's Olympic heroes among guests on The Late Late Show this Friday
3 months ago
The Late Late Show audience is returning - but only for vaccinated people
3 months ago
Adam King receives letter and space flag gifts from US President Joe Biden
3 months ago
Here's the lineup for the final episode of this season of The Late Late Show
5 days ago
If you liked Tiger King, then you need to check out LuLaRich
Next Page