Don't even chance it.

Dave Chappelle and Jon Stewart are set to bring a one-two punch of comedic heroics to Dublin next week, and punters will be asked to keep their phones down for the duration.

The show at 3Arena on Wednesday - 17 October - will be an entirely phone-free affair.

END_OF_DOCUMENT_TOKEN_TO_BE_REPLACED

This isn't the first time such a request has been made to the public, with Chris Rock asking for the same courtesy when he played the same venue in 2017.

Everyone attending the show will have to place their phone in a bespoke Yondr Pouch for the duration of the show.

The pouch, which will be provided, allows phone signals to get through, so someone can feel a phone vibrate when a message arrives.

Anyone who needs access during the show may leave the room, have the device unlocked and use the phone in the lobby or outside, similar to the way smokers light up outside a non-smoking theatre. 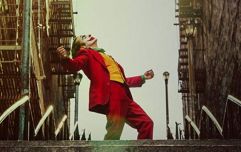 END_OF_DOCUMENT_TOKEN_TO_BE_REPLACED

Chappelle and Stewart's tag-team effort is looking to harken back to a time where old school entertainment saw people not straining to record highlights and instead simply kick back and enjoy the show.

If attending and you'd prefer not to surrender your phone to the pouch, the promoters advise you to leave it at home or in the car.

Meanwhile, a limited number of extra production hold tickets priced €66 and €86 have just been released and are on sale now via Ticketmaster and usual outlets nationwide.