Attenborough on the big screen and an interview with the great man too.

While certain documentary features are tailor-made for binge-watching at home, there's no denying the cinematic value of David Attenborough's work.

For decades, Attenborough and his team have provided viewers with some of the most breathtaking footage of our planet. 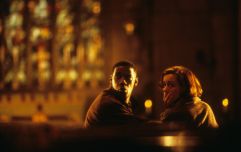 END_OF_DOCUMENT_TOKEN_TO_BE_REPLACED

Asides from the levels of sheer beauty on offer, the work of Attenborough's team is a technological marvel.

Simply put, their documentaries need to be seen on the biggest and best screens possible.

Well, Omniplex Cinemas are here to help because they will be screening David Attenborough: A Life on Our Planet - Live From the World Premiere on 16 April.

In this unique feature documentary, the beloved naturalist reflects upon both the defining moments of his lifetime and the devastating changes he has seen.

In his 93 years, David Attenborough has visited every continent on the globe, exploring the wild places of our planet and documenting the living world in all its variety and wonder.

Now, for the first time he reflects upon both the defining moments of his lifetime as a naturalist and the devastating changes he has seen.

Honest, revealing and urgent, David Attenborough: A Life On Our Planet is a powerful first- hand account of humanity’s impact on nature and a message of hope for future generations. 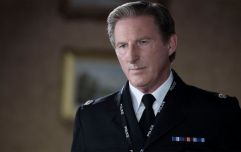 END_OF_DOCUMENT_TOKEN_TO_BE_REPLACED

The film will also be followed by a Q&A with David Attenborough live from the world premiere at the Royal Albert Hall.

Ticketing information can be found here and it's bound to be a real treat for fans of the beloved broadcaster.

The film will also be released globally on Netflix in the spring.

The Big Reviewski || JOE · TBR Spotlight: Loki - Episode Two - 'The Variant'
popular
Two teenagers die in separate incidents in Dublin and Waterford
Netflix releases trailer for documentary series Sophie: A Murder in West Cork
QUIZ: You won't be able to guess all these brands from their slogans
Richard Madeley goes full Partridge with Hitler Youth reference on Good Morning Britain
Dominic Cummings reveals "texts from Boris" calling Matt Hancock "f**king hopeless"
British Government to introduce Irish language act in Northern Ireland by October
QUIZ: Take on this tasty challenge of your General Knowledge skills
You may also like
17 hours ago
The Spanish-language credits may have given away the true identity of Loki's villain
1 day ago
The full potential of Loki's powers have not yet been realised
1 day ago
Here are the best movies on TV this evening
1 day ago
Late Late Show favourite Adam King to star in animated series
1 day ago
There are four big movies arriving in Irish cinemas this week
1 day ago
The director of Luca reveals how Pixar chooses which movie they'll make next
Next Page