Three of the biggest surprises of Deadpool 2 have been explained, including how they landed THAT cameo

If you've seen the movie, then you were probably wondering how they pulled it off.

Deadpool 2 is in cinemas right now, and is heading towards one of the biggest opening weekends of the year, which is especially impressive considering that there are hardly any teenagers heading along to see it, as the Merc-With-A-Mouth is just as violent, profane and explicitly sexual as ever.

But after the link to this week's show, we'll be getting into spoiler territory, so consider this your opportunity to turn back and staying spoiler-free.

END_OF_DOCUMENT_TOKEN_TO_BE_REPLACED

Okay, on with the spoiler-y show!

Deadpool 2 is at its best when it manages to maintain the level of surprise that swept us along for the first movie, and while the sequel has its fair share of surprises, there were three big ones that had our jaws on the floor.

And we got the answers to all three below, starting with the BIG one:

HOW DID THEY GET BRAD PITT FOR ONE SECOND OF SCREEN-TIME? 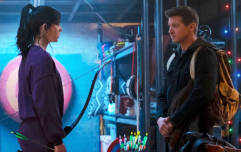 END_OF_DOCUMENT_TOKEN_TO_BE_REPLACED

One of the best jokes when Deadpool was recruiting for his X-Force was the introduction of The Vanisher, which initially may or may not have just been an empty space, but later we see him jumping out of the plane, because we see his parachute floating in mid-air.

However, things don't turn out great, and The Vanisher goes face first into some power lines, and mid-electrocution, we get a glimpse of who The Vanisher is, and it turns out to be none other than Brad Pitt.

Well, it turns out that before Josh Brolin was snapping up every comic book villain role this summer, Pitt was in the running and was very interested in the role, but scheduling conflicts got in the way. However, DP2's director David Leitch and Pitt are actually good friends - before becoming a director, Leitch was Pitt's stunt-double in Fight Club and Ocean's Eleven - and he told Collider that he got him in as a friendly favour, taking only about "four or five minutes" to film the scene.

WASN'T THERE MORE X-FORCE ACTION IN THE TRAILER?

The Vanisher wasn't the only member of Deadpool's all-star group to get wiped out, as Terry Crews, Bill Skarsgård, Lewis Tan, and Rob Delaney also get taken out due to "high winds", with only the weapons-grade lucky Domino (played by the movie's highlight Zazie Beetz) and Deadpool himself surviving the jump. 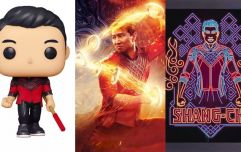 WIN: We've got some incredible Shang-Chi prize packs to give away

END_OF_DOCUMENT_TOKEN_TO_BE_REPLACED

But in the trailer, we see A LOT more action involving Shatterstar, Bedlam, Zeitgeist, and... uhm... Peter. What gives? Simple really. They cheated.

"One of the things we did, we asked the actors if they’d be willing to shoot extra footage – that indicated they were in more of the movie than we were actually going to use them in. So, Terry Crews and Bill Skarsgård and these guys all went out back in front of a green screen and did a bunch of fighting with stuntmen. And you see it in trailers. You see Bedlam kicking ass. They all stayed an extra half day to do that. It was awesome."

So Deadpool was actually breaking the fourth wall from before the movie even came out? Clever, clever Deadpool...

WHO PLAYED THE JUGGERNAUT?

While we had all assumed that Cable was going to be the big bad guy of the movie, it turns out that along the way, they accidentally release someone much worse: The Juggernaut.

The movie's co-writer told the IGN that, despite being busy as the lead actor and co-writer, Ryan Reynolds was also The Juggernaut:

"Ryan Reynolds is the voice of Juggernaut, believe it or not. Slightly modulated with a computer to bring his register down.

"Ryan did a fun job with the voice. He didn’t have many lines, he’s a man of few words, but he’s a man of great anger and forcefulness, and we think it worked out pretty well."

When Cable first travels back in time, he encounters two rednecks on the side of the road, and IMDb already confirmed that one of those was played by Firefly, Dodgeball and Rogue One star Alan Tudyk. But the other?

The end credits, again, are having a little fun with it, naming him Dickie Greenleaf.

That is the name of the character played by Jude Law in The Talented Mr. Ripley... before he is killed and has his life (and name) taken over by... Matt Damon. We already know Damon loves a good cameo (see: Thor Ragnarok, or better yet, Eurotrip), so chances are it could be him.

Or it could just be Ryan Reynolds again.

The Big Reviewski || JOE · The Big Reviewski with Ray Liotta, Goodfellas facts & Tom Hanks making us cry
popular
Seven people hospitalised after huge fight at Tuam cemetery
One of the most-anticipated movies of the last few years is finally available to watch at home this week
Kings of Leon announce first Irish shows in five years
Retail billionaire calls on unvaccinated people to be banned from shopping centres
There's some lovely weather in store this weekend, but better make the most of it
Revolut finally rolls out feature which allows users access wages before payday in Ireland
Government announces special €1,860 payment for laid-off workers during pandemic
You may also like
2 weeks ago
QUIZ: Can you name the Marvel Cinematic Universe film from just a single screen shot?
2 weeks ago
“I actually dropped the phone!” - Irish actress reveals mad moment she got surprise call to star in major Marvel movie
2 weeks ago
Ranking all 28 of the MCU movies and shows from worst to best
3 weeks ago
Shang-Chi star Simu Liu has an amazing reaction to THAT new Spider-Man trailer
3 weeks ago
Three of the biggest theories from that Spider-Man: No Way Home trailer
4 weeks ago
Shang-Chi review: The best action scenes in a Marvel movie to date
Next Page