The worst Bond film ever made is on TV tonight, and this is why we should be grateful it exists

Released on 20 November 2002, the fourth outing by Pierce Brosnan as James Bond is seen by many as the complete and total nadir point for the Bond series to date.

Following on from the rough'n'ready redo of GoldenEye, the interesting misfire of Tomorrow Never Dies, and the back-to-basic averageness of The World Is Not Enough, there was a lot riding on Die Another Day.

END_OF_DOCUMENT_TOKEN_TO_BE_REPLACED

Not only was it the 20th outing in the official Bond franchise, but it was also released on the 40th anniversary of Bond's first cinematic outing in Dr. No, so MGM and Eon Productions wanted to get this right.

What they proceeded to do was make every wrong decision imaginable.

First up they hired Lee Tamahori, who descended upon Hollywood in a hail of mediocrity (Mulholland Falls, The Edge) and out-and-out crap (Along Came A Spider), so quite why he was chosen to take the reins on this mega-production remains something of a mystery.

Additionally, they gave him a then near-record breaking budget of $145 million to play with, which may explain the movie's divergence away from the impressive real-world set-pieces - just think of the dam sequence at the start of GoldenEye, or the motorbike/helicopter jump in Tomorrow Never Dies - and replaced them with scenes containing not just way too much CGI, but really crap CGI.

How crap was the CGI, you might ask? Well, take a look at the now infamous tidal wave sequence: 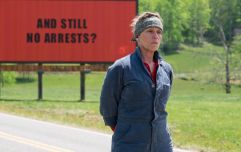 END_OF_DOCUMENT_TOKEN_TO_BE_REPLACED

This scene takes place about half-way through the movie, and you'd be forgiven that you've just walked in on someone playing a video game on their PS One.

Somehow, this is taking place in the same movie that kicks off with Bond being taken prisoner by the North Koreans and being kept as a prisoner of war for 14 months. The opening sequence, involving the Korean mine border and an escape attempt on a giant, militarised hovercraft (something that Mythbusters proved was technically possible), was a hugely ballsy way of kicking off a Bond movie.

What happened next, though, sent up red flags with everyone. 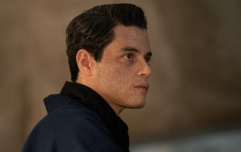 END_OF_DOCUMENT_TOKEN_TO_BE_REPLACED

Clip via Music of All Times

Madonna's theme song isn't just a bad song, it is a bad BOND song. Somehow, Madonna managed to write a better song for an Austin Powers movie than she did for a Bond movie, and that just isn't acceptable.

Madonna's on-screen presence was indicative of a greater problem, which involved 20 different products paying for on-screen tie-in opportunities, paying off a then-record $70 million of the movie's budget, leading to many people renaming the film as Buy Another Day.

Bond stopped being a movie, and became little more than an opportunity to sell stuff.

Die Another Day was the Batman & Robin of the franchise: ridiculous, camp, badly acted, written and directed, and little more than an expensive opportunity to create potential tie-ins. And, despite all that, still hugely profitable: Die Another Die went on to make $435 million at the box office.

However, just like Batman & Robin, it forced everyone involved to have a big think about the future of the franchise, throw out the current formula, and start anew.

Brosnan very nearly starred in an extremely scaled back Bond thriller directed by none other than Quentin Tarantino, but concerned that Pierce being present would make people think they were going to be getting another Die Another Day, the producers recast the role completely, and just like Batman Begins, they got dark and gritty and gave us a visceral and hugely entertaining origin story.

Without Die Another Day being as bad as it was, the kick-you-to-the-balls arrival of Casino Royale with Daniel Craig might never have happened.

Admittedly, they didn't continue making great Bond movies successfully after that, as the limp Quantum Of Solace followed, then the sublime Skyfall, and then most recently we got the over-stuffed Spectre.

Still though, only when the chips are down and you've nothing left to lose, you get to take the risks that result in a successful overhaul.

So we thank you Die Another Day, the worst James Bond movie we hope we ever have to endure.

Now let us take a look at Bond in a shooting simulation that begins with him CLEANING HIS GUN.

IN A SHOOTING SIMULATOR!

popular
Amazon Prime Video has quietly added 18 big releases to its library
Man charged in connection with the murder of Ashling Murphy
WATCH: This foul-mouthed argument proves the Irish language is alive and well
60 jobs available on Stena Line with 50% of your time spent not working
QUIZ: We bet you can't name all of these countries from their outlines
WATCH: Prime Video reveals teaser trailer for its epic Lord of the Rings series
Marvel actor Gaspard Ulliel passes away aged 37 in ski accident
You may also like
3 months ago
No Time To Die director reveals the movie's most difficult stunts to film
3 months ago
We asked Paddington himself if he thinks Paddington 2 is the greatest film of all time
3 months ago
Rami Malek on the difficulties of keeping the big secrets behind No Time To Die
3 months ago
QUIZ: How well do you know the Daniel Craig era of James Bond?
3 months ago
How to watch Daniel Craig's 007 movies at home before No Time To Die arrives next week
3 months ago
20 years ago, this Bond movie changed its ending following the events of 9/11
Next Page