Time to get very excited.

All eyes were on Gareth Evans after he made the spectacular one-two punch of The Raid and The Raid 2.

He was the man behind the best part of VHS-2 (which you should really watch, if you're in any way a horror fan), but he had yet to really make any kind of mark in Hollywood. 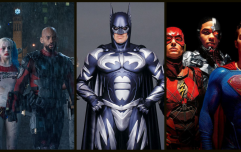 The Most Difficult DC Movie Quiz You'll Ever Take

END_OF_DOCUMENT_TOKEN_TO_BE_REPLACED

We imagine he must have been offered pretty much every major franchise going, he decided to go smaller, with his next film Apostle, starring Dan Stevens and sounding to us an awful lot like a feature-length version of his segment in the aforementioned horror movie.

However, according to The Wrap, he has finally accepted a big movie deal this week, as he has signed on to direct the Deathstroke movie for Warner Brothers and DC.

If that character name rings a bell, it is because he was lined up to be the big bad guy in The Batman back when Ben Affleck was writing and directing. 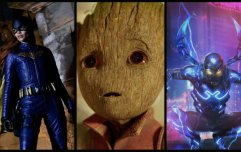 There are TWELVE huge comic book movies arriving in 2023

END_OF_DOCUMENT_TOKEN_TO_BE_REPLACED

Affleck has since dropped out of the director's chair, and has been replaced by Matt Reeves (Cloverfield, War For The Planet Of The Apes), who completely ditched Affleck's script and reportedly started from scratch.

That being said, the original casting choice for Deathstroke - Joe Manganiello (Magic Mike, True Blood) - is apparently still playing the character, with Evans having "impressed DC executives with his Deathstroke pitch that the company decided to go forward with a spinoff film."

With Evans writing and directing a character so prone to OTT violence, could we possibly be getting a big-budget, adult-skewing, hyper-violent DC movie with fight sequences akin to what we got in The Raid movies?

popular
Eurovision producers reveal "irregular voting patterns" during Saturday night's final
Where will 2023's Eurovision be held if Ukraine can't host?
QUIZ: Try out one of our trickiest General Knowledge Quizzes yet
One of Liam Neeson's best ever performances is among the movies on TV tonight
REVIEW: Van Gogh Dublin is a truly unique cultural experience
QUIZ: Can you name the disaster movie from a single image from each disaster
The JOE Movie Quiz: Week 154
You may also like
5 days ago
WATCH: New gameplay footage from Gotham Knights looks absolutely incredible
1 month ago
Superman stops the Spire from collapsing into the GPO in new comic
6 months ago
All the trailers dropped by DC: The Batman, The Flash, Shazam, Aquaman, Peacemaker and more
7 months ago
Superman actor Dean Cain says making Superman bisexual is not "bold or brave"
8 months ago
Reports from the first screening of The Batman claim it is a "three-hour horror movie"
8 months ago
The Ultimate DC Movies Quiz
Next Page