Director Ryan Coogler on how he solved Marvel's villain problem

Black Panther could arguably have the best Marvel movie villain to date.

Can you name three great Marvel movie villains? Loki, sure. Red Skull, yep. Then we start getting into arguable territory. Ultron? Meh. The Winter Soldier? Not really... Whiplash? You must be joking.

Thankfully, Black Panther doesn't have that problem, as director Ryan Coogler cast his good friend Michael B. Jordan in the role of lead bad-guy Killmonger.

We've put our full review here, and the film folk at JOE and Her discuss their favourite superhero movies in The Big Reviewski episode below, from 22:30 onwards: 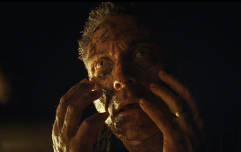 END_OF_DOCUMENT_TOKEN_TO_BE_REPLACED

Jordan has previously worked with Coogler on his other two cinematic outings - Fruitvale Station and Creed, both of which were brilliant - but he brings a twisted intensity to the role in Black Panther, playing a villain with enough shading and layers to make him very effective and properly memorable.

We had the opportunity to sit down with him in the lead-up to the release of Black Panther, and we chatted about getting the villain right, as well as how easy (or difficult?) it is for a director to inject a bit of their own style and personality into a machine as well-oiled as the Marvel Cinematic Universe.

Check out the interview in full right here:

We also chatted to Martin Freeman and Andy Serkis about their roles in the movie, which you watch if you follow the link right here.

Black Panther is in Irish cinemas right now, and if you haven't seen it yet, you can check out the official trailer below:

The Big Reviewski || JOE · TBR Spotlight: Loki - Episode Six - 'For All Time. Always.'
popular
Netflix has quietly added 12 great movies to their library today
Love Island to air for two hours instead of one tonight as contestants clash in explosive special
The JOE Movie Quiz: Week 113
The JOE Friday Pub Quiz: Week 254
QUIZ: Test your all round wisdom with this general knowledge quiz
6 incredible outdoor experiences in Kildare you need to do this summer
One of the best Westerns ever is among the movies on TV tonight
You may also like
1 month ago
Bullet Train is "bananas" and is going to be the biggest action movie of 2022
1 month ago
EXCLUSIVE: Bob Odenkirk on the one dangerous stunt he DIDN'T do in new action movie Nobody
1 month ago
Cillian Murphy on why A Quiet Place Part II is the perfect movie to go back to the cinemas for
2 months ago
EXCLUSIVE: Angelina Jolie on her new action-thriller and how to prepare to be struck by lightning
2 months ago
Mortal Kombat director on picking the best fatalities from the games to put in his movie
5 days ago
Universal spending $400 million on a new Exorcist trilogy featuring some of the original cast
Next Page