If you missed the first two episodes, RTÉ are showing them back-to-back tonight.

Without delving into spoiler territory, the opening episodes of Dublin Murders have already gripped viewers due to the macabre murder mysteries that lie at the heart of the drama.

Aside from this, as the cast told JOE, the adaptation of Tana French's Dublin Murder Squad novels, In the Woods and The Likeness, is unique because the show is equally concerned with the intriguing back stories of the detectives that are tasked with solving the crime.

END_OF_DOCUMENT_TOKEN_TO_BE_REPLACED

For those that haven't read the novels or seen the first two episodes already, the show is set in the early years of the new millennium, during the height of Ireland’s Celtic Tiger financial boom. The story focuses on two seemingly unrelated murder investigations, led by ambitious and charismatic detectives Rob Reilly (Killian Scott) and Cassie Maddox (Sarah Greene).

The victims - a young talented ballerina who is found dead on an ancient stone altar and a vivacious, free-spirited woman who is found stabbed in a roofless famine cottage - are seemingly unrelated, but as viewers will discover, they're knitted together by powerful shared themes.

However, like any major TV or film production that's set in Ireland, viewers are also very interested to see which locations feature and how they're used.

Right from the very off, fans spotted that Belfast's Clifton Street petrol station was doubling up as a Dublin location. Granted, it's a tiny thing but something that eagle-eyed viewers took an interest in. Aside from this, it was interesting to see various scenes that were filmed in  Dublin, Belfast, Newtownards, Bangor and Newry.

Some fans have also been wondering why the forest where the children go missing seems so familiar?

Well, that's Tollymore Forest that was used to film the very opening scene of Game of Thrones too.

In fact, the exact location where Cassie and Rob discover the young girl's body is the same spot where the White Walkers leave the trail of bodies in the opening episode of Game of Thrones.

END_OF_DOCUMENT_TOKEN_TO_BE_REPLACED

Something that caused some distractions on the set of Dublin Murders. 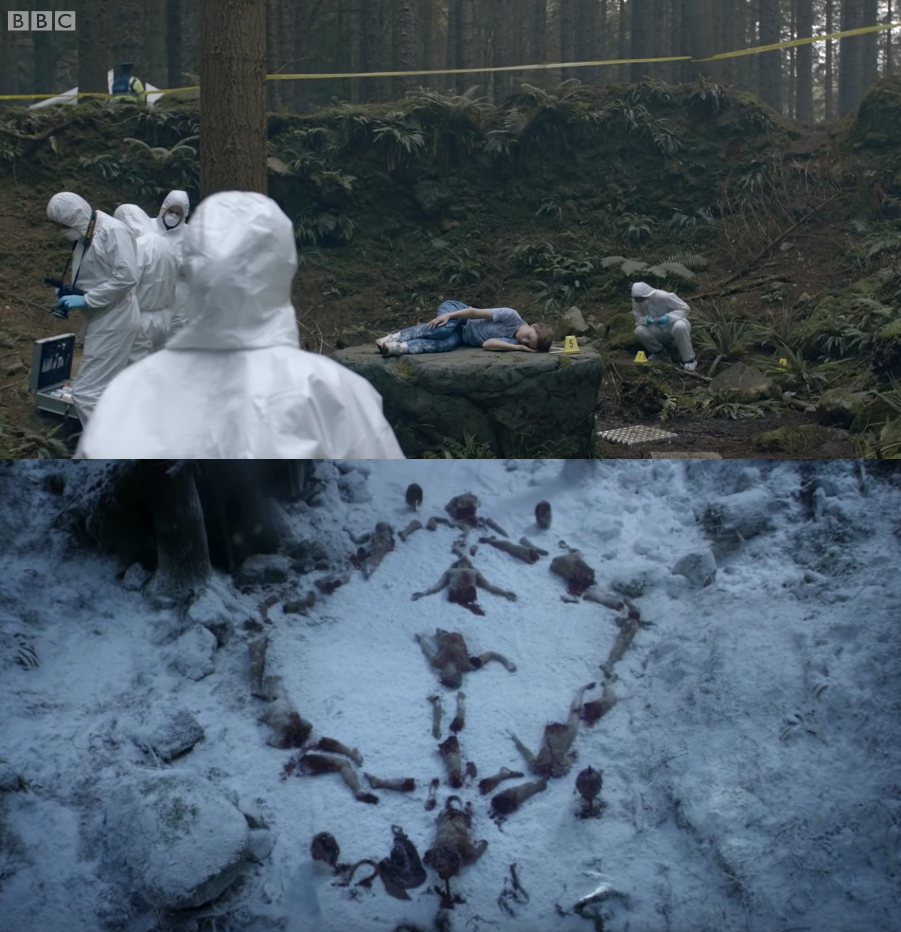 Given the macabre storyline that's being portrayed in Dublin Murders, Sarah Greene believes that the locations were a great help to the actors because they made it easier to find the right headspace for the characters.

"It was great because each new location brought a whole new energy and the locations almost become a character themselves. Like, the woods was definitely a character because we spent a lot of time filming there. I think out first scenes were shot there and they definitely have beating heart, a life, lungs...I don't really know how to describe it. They move and have sounds," she said.

END_OF_DOCUMENT_TOKEN_TO_BE_REPLACED

Killian Scott adds: "Those locations sort of give you the performance in some ways because the atmosphere that's in those woods means that you don't have to work for that inner life. It's just given to you. Like, they're cold, dark, depressing. That all helps the performance."

With a complex murder mystery, tensions rising, and new layers of the characters being revealed with every passing episode, it's understandable that the cast and crew were spent by the end of filming.

"We were pretty much ruined by the end of it. I mean seven months is a long time and these are big roles with complex scripts. These are characters that go on very full and emotional journeys. But that's part of the job. A common question we're asked is how do we let the characters go, or switch off at night? To be honest, I don't want to. Once you're in it, you want to be there and understand the character. Cillian Murphy was talking about Peaky Blinders and he said that you want to stay in the atmosphere of the role because it's easier that way," said Scott.

Well, if you happened to miss the first two episodes of Dublin Murders, you're in luck because RTÉ are airing them as part of a back-to-back double bill tonight at 21:35 on RTÉ 1.

House of Rugby Ireland · Quinn Roux on finding a home in Ireland and Mike McCarthy brings the absolute HEAT!
popular
QUIZ: The JOE Music Quiz: Week 41
The JOE Friday Pub Quiz: Week 227
20 of the best comedies to watch on Netflix right now
Yewande Biala releases statement discussing racism on Love Island
Gardaí warn of scam targeting AIB customers
Bernie Sanders is using his inauguration meme to raise money for charity
The 50 most iconic songs of all time* have been revealed
You may also like
1 week ago
The top 10 most watched programmes on Irish TV in 2020 have been revealed
2 weeks ago
This Morning interview with Graham Norton goes disastrously wrong
2 weeks ago
Bridgerton streamed by 63 million households in record-breaking Christmas for Netflix
2 weeks ago
Tanya Roberts alive despite reports of her death, confirms representative
2 weeks ago
Netflix’s new true crime documentary examines one of the most infamous serial killers in US history
2 weeks ago
Former Love Island star Zara Holland charged in Barbados for breaching Covid-19 rules
Next Page