Ed Norton says his other Hulk movies would have been really good, actually

"Ultimately they weren’t going for long, dark and serious."

Ed Norton had his shot at playing the Incredible Hulk back in 2008, around about the time that the Marvel Cinematic Universe was first spluttering into life.

Norton, a noted comic book fan with a particular fondness for Bruce Banner and his alter ego, wasn't invited back to continue on in the green-tinted role, with Mark Ruffalo drafted in for The Avengers and a part of the MCU ever since. 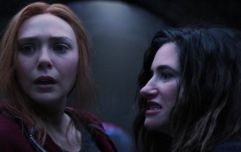 END_OF_DOCUMENT_TOKEN_TO_BE_REPLACED

Reports vary as to why, exactly, with some of the opinion that Norton's hands-on approach - the actor is rumoured to have conducted his own wholesale re-write of the script - ultimately cost him.

Indeed, when Marvel Studio head Kevin Feige announced that Norton was to be ousted, he didn't hold back in his statement:

"Our decision is definitely not one based on monetary factors, but instead rooted in the need for an actor who embodies the creativity and collaborative spirit of our other talented cast members," said Feige back in July of 2010.

All very acrimonious. Norton, as it happens, wanted to stay on and explore the character further. In a new interview with the New York Times, the 50-year-old talked up his Christopher Nolan-inspired vision for two Hulk films that never were:

"I believed they were very mythic. And what Chris Nolan had done with Batman was going down a path that I aligned with: long, dark and serious. If there was ever a thing that I thought had that in it, it was the Hulk.

"It’s literally the Promethean myth. I laid out a two-film thing: the origin and then the idea of Hulk as the conscious dreamer, the guy who can handle the trip. 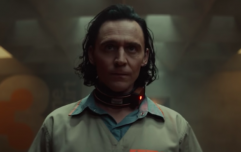 END_OF_DOCUMENT_TOKEN_TO_BE_REPLACED

"And they were like, 'That’s what we want!' As it turned out, that wasn’t what they wanted. But I had a great time doing it. I got on great with Kevin Feige."

So there you have it, no regrets, perfectly enjoyable professional relationship.

"Yeah, which was cheap," he noted.

"It was brand defensiveness or something. Ultimately they weren’t going for long, dark and serious. But it doesn’t matter. We had positive discussions about going on with the films, and we looked at the amount of time that would’ve taken, and I wasn’t going to do that. I honestly would’ve wanted more money than they’d have wanted to pay me.

END_OF_DOCUMENT_TOKEN_TO_BE_REPLACED

"But that’s not why I would’ve wanted to do another Hulk movie anyway. I went and did all the other things I wanted to do, and what Kevin Feige has done is probably one of the best executions of a business plan in the history of the entertainment industry. As a Disney shareholder, you should be on your feet for what they pulled off."

You can read the full interview with Norton right here.

House of Rugby Ireland · Ireland's feel-good win, Casey's initiation song, scrapping Sexton and Scott Williams interview
popular
Eoghan McDermott to leave RTÉ after six years (Report)
€17,500 worth of cocaine found at street party in Limerick
One man has been charged following Limerick street party, 50 FPNs issued
Sony are giving away a free game to all PS4 and PS5 owners
NUIG students told to write 2,000 word essay for breaching Covid rules
Someone in Ireland is €500,000 richer following Tuesday's EuroMillions draw
Zero Covid would mean restrictions until November and 2km return, says Donnelly
You may also like
2 weeks ago
QUIZ: Can you name every Marvel Cinematic Universe film in three minutes?
3 weeks ago
We now know what movie WandaVision is directly setting up
1 month ago
New mid-season trailer for WandaVision has only raised more questions
1 month ago
QUIZ: Can you name the Marvel Cinematic Universe film from just a single screen shot?
1 month ago
The Ultimate Marvel Quiz: Wanda and Vision
1 month ago
A mysterious new trailer has landed for your first must-watch show of 2021
Next Page