No, he won't be dying a horrible, horrible death.

Busy promoting his new album, Divide, Ed was asked about his much-anticipated cameo on the HBO show and the singer might have said a little more than he should.

It’s already been made known that Ed will not die during his short-lived appearance on the show, but what will the star be getting up to in Westeros? 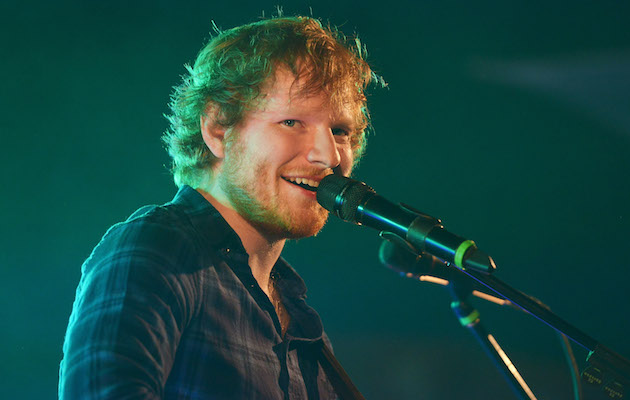 END_OF_DOCUMENT_TOKEN_TO_BE_REPLACED

His cameo is due to be something a little less grim, with the hit-maker revealing he’ll even perform a song.

“I just do a scene with Maisie Williams,” Ed said. “I don’t really know what I’m allowed to say.”

Lines from his @GameOfThrones part & the film he is working on 🎥🎸 pic.twitter.com/uBc4qL5CDc

It’s believed that Ed got the cameo thanks to his superfan and screen partner, Maisie Williams.

With Game of Thrones season seven not set to premiere on HBO until July 16, we’ll just have to wait until then to see Ed’s big scene.

popular
PICS: The man with the biggest penis in the world has one unbelievable problem with it
The 50 most iconic songs of all time* have been revealed
Met Éireann issues weather warning for entire country ahead of week of thunder and flooding
People think they've figured out the ranking of the viewers on your Instagram Stories
CMO says it's "important to remember" infections in vaccinated people doesn't mean vaccines don't work
Leo Varadkar said he tried to be "extra careful" while attending Katherine Zappone's 50 person function at hotel
QUIZ: Test your all round wisdom with this general knowledge quiz
You may also like
2 days ago
Five football documentaries to watch to kill time before the new Premier League season
3 days ago
Love Island to air two hour special tonight as contestants clash in explosive episode
5 days ago
10 great new additions to Amazon Prime Video in August
6 days ago
Michael Fry to star alongside big names from Game of Thrones and Derry Girls in TV adaptation of Graham Norton novel
6 days ago
ITV says there are "no current plans" for a next series of The X Factor
1 week ago
Bob Odenkirk taken to hospital after collapsing on Better Call Saul set
Next Page