The 35-year-old, who was lauded by fans for his turn in the Netflix series, Monster: The Jeffrey Dahmer Story, declared at Tuesday night's ceremony that he hoped "some good could come out of the role".

END_OF_DOCUMENT_TOKEN_TO_BE_REPLACED

The win, in the Limited Series, Anthology Series or Television Motion Picture category, comes after the families of Dahmer's many victims earlier complained they were not consulted ahead of the show.

Peters beat Taron Egerton in Blackbird, Colin Firth in The Staircase, Sebastian Stan in Pam & Tommy and Andrew Garfield in Under the Banner of Heaven to claim the award.

Peters said in his acceptance speech: "Thank you to the HFPA, thank you to Netflix and Mr. Ryan Murphy for letting me be a part of your brilliant vision again... and the entire post-production team for showing me how they work their brilliant magic. I want to thank this incredible cast and crew and directors." 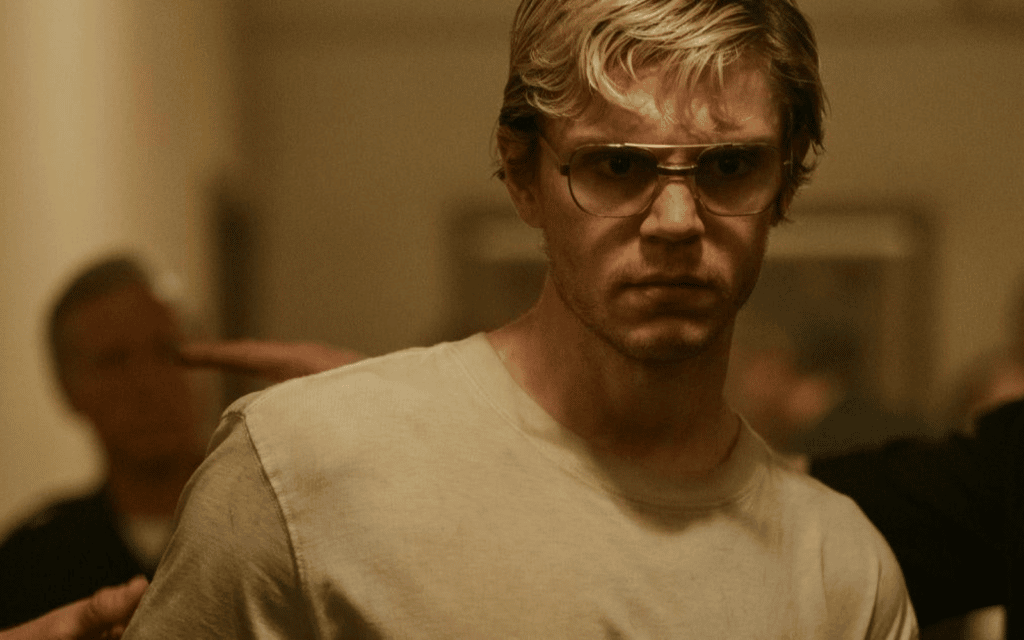 Clutching his Golden Globe award Peters went on to say it was a "colossal team effort", saying:

"Everyone gave it their all and I would not be up here without them. I want to thank my family, friends, and loved ones who carried me to the finish line.

Dahmer was was convicted of murdering 15 men and boys between 1978 and 1991 and sentenced to serve 15 consecutive life sentences in February 1992.

END_OF_DOCUMENT_TOKEN_TO_BE_REPLACED

During a 13-year period, Dahmer murdered at least 17 men, most young, gay African Americans who he lured back to his home by promising to pay them to pose nude for photographs. He then drugged and strangled them and generally mutilated and ocassionally cannibalised their bodies. He was arrested in July 22, 1991 and entered a plea of guilty but insane in 15 of the 17 murders he confessed to. Two years after being jailed, Dahmer, then aged 34, was killed by fellow inmate Christopher Scarver.

In September last year, Murphy said he reached out to 20 of the victims' family members and friends before making the series, but "not a single person responded".

popular
Conor Mcgregor hit by car ‘at full speed’ while cycling
New Netflix series deserves to be as big as Stranger Things
The JOE Friday Pub Quiz: Week 331
Couple left mortified after best man delivers incredible punchline during speech
Peaky Blinders creator on the lookout for 'skinheads' for new drama
All of the new Netflix movies and shows arriving in February
DJ accidentally shoots herself in the face with a confetti cannon while performing
You may also like
3 days ago
Where to watch 2023's ten Best Picture Oscar nominees
4 days ago
Love Actually star reveals incredibly emotional behind-the-scenes story
6 days ago
The Fabelmans is Spielberg's best movie in 10 years
1 week ago
Prime Video has just added 17 big movies to its library
1 week ago
One of the best war movies of recent years is finally available to watch at home
1 week ago
Alec Baldwin to be charged with involuntary manslaughter over Rust set shooting of Halyna Hutchins
Next Page