Exclusive Video: Check out the new teaser for The Summit

Irish director Nick Ryan’s award-winning film The Summit will open in Irish cinemas this Friday 22nd November and, judging by the latest exclusive teaser, it’s going to be intense.

Although the clip itself is a reconstruction, the audio that we hear is incredibly taken from the moment that the tragic incident actually occurred, as one of the climbers had a camera in his pocket recording the entire event. Harrowing stuff... 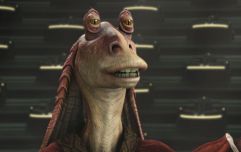 END_OF_DOCUMENT_TOKEN_TO_BE_REPLACED

The Summit chronicles one of the deadliest days in modern mountain climbing history when 11 climbers, including Limerick man Ger McDonnell, lost their lives on the most dangerous mountain on Earth, K2. The film, which is being released in Ireland by Wildcard Distribution, is produced by Image Now Films and Pat Falvey Productions, in association with Passion Pictures, Diamond Docs and Fantastic Films and is written by the writer of the Oscar-winning documentary The Cove.

Speaking about the release, Nick Ryan, director of The Summit said: “We are truly excited to be bringing The Summit to the big screen in Ireland, and that audiences will be able to experience the events of the shocking 2008 climb. This is a compelling story and one that we felt needed to be told, especially with the story of Irishman Ger McDonnell, whose final heroic act is central to the film."

The Summit includes never-before-seen footage of the climb and interviews with Sherpa Pemba Gyalje, who was awarded the National Geographic Adventurer of the Year for his heroic deeds on K2; Norit team leader Wilco van Rooijen, who survived three days in the death zone; and Marco Confortola, the last man to speak to Ger McDonnell.

Here's the film's original trailer in all of its glory: 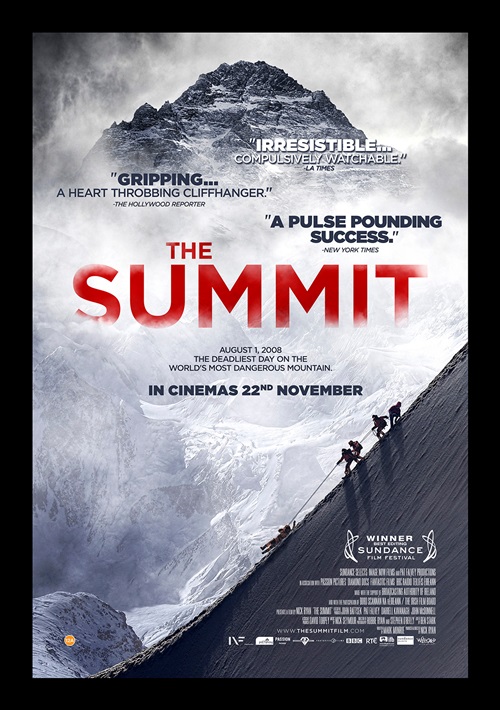 popular
Irish Rail will no longer provide on-board snack options for foreseeable future
The six Eurovision countries with "irregular voting patterns" have been revealed
Eurovision producers reveal "irregular voting patterns" during Saturday night's final
Work more hours or get a better job to tackle cost of living, says UK Minister
QUIZ: Try out one of our trickiest General Knowledge Quizzes yet
REVIEW: Van Gogh Dublin is a truly unique cultural experience
One of Liam Neeson's best ever performances is among the movies on TV tonight
You may also like
19 hours ago
QUIZ: Can you name the disaster movie from a single image from each disaster
3 days ago
Top Gun Maverick is currently the 2nd best reviewed movie of Tom Cruise's career
3 days ago
Everything Everywhere All At Once is undoubtedly one of the best films of 2022
3 days ago
Top Gun Maverick has one of the best action scenes of the last few years
4 days ago
A new Stephen King adaptation and 7 more movies and shows to watch this weekend
4 days ago
Netflix has just added 11 big movies to its library
Next Page