Exoprimal has the greatest plot for any video game. Ever.

There is only one suitable quote for a moment like this: "Shut up and take my money!"

On Wednesday (9 March), PlayStation held a State Of Play event to give players the latest news on upcoming games and updates to existing games.

You can watch the full twenty-minute State Of Play right here: 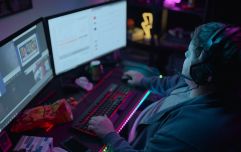 Netflix's new documentary on the GameStop saga is a must-watch

END_OF_DOCUMENT_TOKEN_TO_BE_REPLACED

However, the one project that immediately stood out from the crowd was the brand new title Exoprimal.

The gameplay looks a bit like Anthem, allowing players to take part in a team-based action environment, and it comes from Capcom, the folks behind Resident Evil, Street Fighter, Devil May Cry and Monster Hunter.

However, it is the plot of Exoprimal that just grabs you by the throat and refuses to let go. 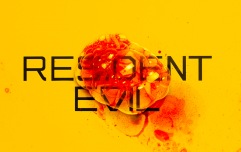 Resident Evil TV series cancelled by Netflix after one season

END_OF_DOCUMENT_TOKEN_TO_BE_REPLACED

The trailer below reveals that the game is set in the not-too-distant future, and a robot appears on screen to present what looks like a weather report.

However, while our bad weather days might result in a lot of rain and wind, in the future, this weather report consists of the location of a large black hole that opens up above a city, and out pours hundreds and hundreds of dinosaurs.

Yes, it literally rains dinosaurs from the sky, and it is up to you to kill them all before they completely take over the city around you.

Thankfully, players are equipped with exo-suits, complete with huge weaponry, massive shields and the ability to take flight and duck and dive all over the dino-ridden future metropolis.

See? We weren't kidding when we said it was the greatest plot of any video game ever.

Exoprimal will arrive on the PlayStation 5 in 2023.

popular
One of the best movies of the decade has just been added to Netflix
20 years ago, one of the best sci-fi movies of the 21st century was a box-office bomb
Surprise frontrunner emerges as potential next James Bond as producers 'love him'
U2 drummer Larry Mullen Jr. says band may perform without him in 2023
Katherine Ryan says famous TV star is a ‘predator’ and everyone in industry knows
Olly Murs slammed over 'misogynistic' lyrics on 'shocking' new single
One of the scariest films of all time is among the movies on TV tonight
You may also like
5 days ago
Sony reportedly reveals when the PlayStation 6 might arrive in stores
1 week ago
Rockstar Games reportedly rejected the perfect director for a Grand Theft Auto movie
2 weeks ago
WATCH: New game I Am Jesus Christ is here and... eh... yeah...
2 weeks ago
The six finalists for Game Of The Year have been revealed
2 weeks ago
God Of War Ragnarok creators discuss the game's biggest surprise
2 weeks ago
'I get choked up thinking about it' - God Of War Ragnarok creators on the sequel's biggest moments
Next Page