No need to do your homework on the new Disney+ show, because we've done it all for you!

Ahead of the release of new series The Falcon and the Winter Soldier on Disney+, you might be thinking where in the world - or, at least, where in the Marvel Cinematic Universe - are Falcon (AKA Sam Wilson) and Winter Solider (AKA Bucky Barnes).

END_OF_DOCUMENT_TOKEN_TO_BE_REPLACED

They've popped up a lot through many of the previous movies in the MCU, and before we get re-introduced to them in their own series, we've put together a brief history of them both in the Marvel movies to date!

First things first though, check out the official trailer for The Falcon and the Winter Soldier...

END_OF_DOCUMENT_TOKEN_TO_BE_REPLACED

"On your left!" In one of the best introductions in the entire MCU, Sam Wilson almost literally runs into Steve Rogers, and the two immediately become good friends. Turns out Wilson is a retired soldier, taking himself out of the field after his wingman was killed in action. But he does return to the action when Rogers asks for his help in defeating a secretive HYDRA plan (who have infiltrated SHIELD) to essentially assassinate any and all targets that they perceive to be a threat.

END_OF_DOCUMENT_TOKEN_TO_BE_REPLACED

Wilson gets formally introduced to the rest of the Avengers at a party in their Tower HQ, following the defeat of Baron Wolfgang von Strucker. He isn't officially inducted into the Avengers until they've all defeated Ultron, as he joins the new line-up with Captain America, Black Widow, Vision, Scarlet Witch, and War Machine.

When it turns out that Scott Lang and co. need a particular signal decoy in order to stop Darren Cross (AKA Yellowjacket) from succeeding in his plan, the only one suitable happens to be tucked away in the New Avengers HQ. Attempting to break in, he crosses paths with Wilson, who tries (and fails) to stop him from getting away with the device.

Wilson is involved in the attack in Lagos, which resulted in the accidental deaths of Wakandan dignitaries. When the Sokovian Accords are written up, Wilson backs Rogers' side, and they team-up with Ant-Man, Hawkeye, Scarlet Witch, and Bucky Barnes, resulting in a showdown against Tony Stark, Spider-Man, Vision, Black Widow, Black Panther, and War Machine at the German airport. Wilson is imprisoned on high-tech prison The Raft, but is ultimately freed by Rogers by the end of the movie, collectively going into hiding.

When Scarlet Witch and Vision are attacked by Thanos' minions in Edinburgh, Wilson joins Rogers and Black Widow in saving them. Reuniting with the rest of the Avengers, they all head to Wakanda to prepare for the inbound battle, which they eventually lose. Thanos snaps half of all life out of existence, which includes Wilson.

"On your left!" Having successfully gone back in time and reversed Thanos' actions, Wilson arrives on the battlefield with the rest of the Avengers army, and they successfully take out Thanos. Rogers went back in time to put the Infinity Stones back where they belong, and returning to our timeline as an old man, he passes the shield - and the mantle of Captain America - on to Wilson. 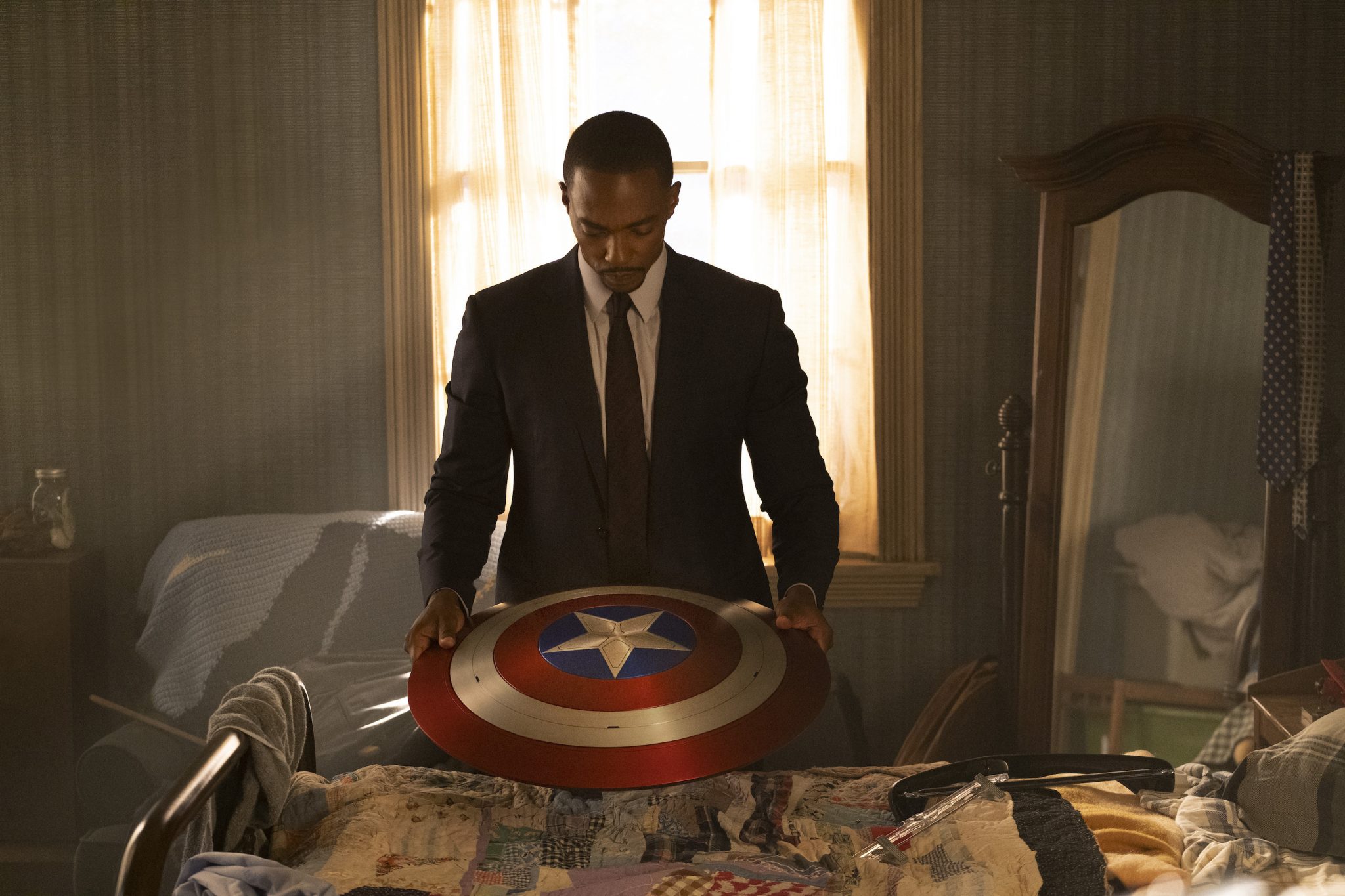 Bucky Barnes is Steve Rogers' best friend back in the 1940s, with Barnes drafted in for WWII, and Rogers undergoing the super serum treatment, resulting in the creation of Captain America. During their missions to defeat Red Skull and Arnim Zola, Barnes falls from a train to his death. He's absolutely dead. Nothing more to see here.

Rogers and some other members of SHIELD are being attacked by a mysterious agent by the name of Winter Soldier, who turns out to be Bucky Barnes, his body retrieved by HYDRA, and his mind brainwashed to become the ultimate assassin. By the end of the movie, Rogers has literally beaten some sense into him, as Barnes leaves behind his HYDRA commanders, and heads off into the wilderness.

In the post-credits scene, we see that Rogers and Wilson have Barnes in their custody (sort of). We'll soon discover this scene takes place a good bit into...

Barnes is the prime suspect for the bombing that resulted in the death of Black Panther's father, and is hunted down by all authorities. Once arrested, Helmut Zemo re-activates Winter Soldier's dormant sleeper agent training, sending him on a rampage through Bucharest. Turns out Zemo wanted the location of a top-secret lab where other Winter Soldiers are being kept in cryostasis. Before they can get there, Barnes fights alongside Rogers in the airport face-off. They eventually make it away to a Siberian base, where it is revealed that Barnes killed Tony Stark's parents while in sleeper agent mode. Following a fight against Stark, Barnes heads to Wakanda, where he chooses to return to cryostasis until a cure for his brainwashing can be found.

In the post-credits scene, we see T'Challa's sister Shuri assist Barnes in recovery. Turns out he's already in place for a big battle to come.

When Rogers and co. arrive in Wakanda on the eve of Thanos' invading army arriving, he reunites with Barnes in order to begin preparations for the incoming war. He fights alongside the heroes, until Thanos gets all of the Infinity Stones, and snaps half of universe out of existence, which includes Barnes.

Once the surviving Avengers manage to undo the blip, Barnes returns to the fight thanks to Doctor Strange's portal, and helps to ultimately defeat Thanos. He gives Wilson and Old Man Rogers some alone time to pass the shield along, but there is something in that exchange that leads us to believe that Barnes already knew this was coming...

And there we have it!

All caught up, so now the next thing we need to do is watch The Falcon and the Winter Soldier when it kicks off on Disney+, with the first of its six episodes arriving on Friday 19 March. 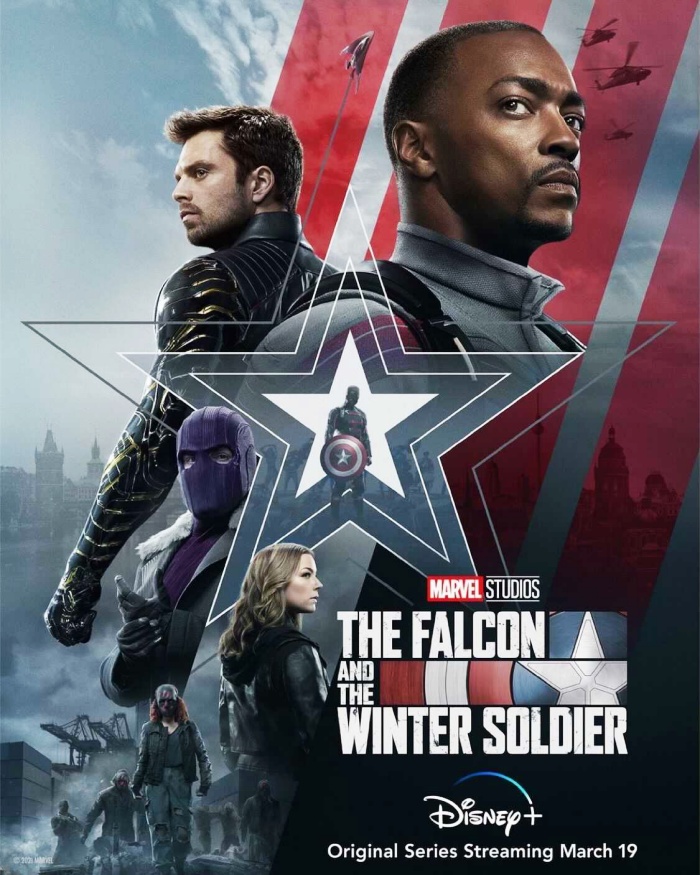 popular
Here is a list of every Bank Holiday in Ireland in 2023
QUIZ: Guess the movie from the movie poster
Nicola Bulley's phone found by the river 'could be a decoy', diving expert suggests
Woman dies from hypothermia after telling doctor she 'couldn't afford heating'
5 years ago, Hollywood took a massive gamble on a huge sequel... and lost big time
One of the best crime thrillers ever is among the movies on TV tonight
The Last Of Us Episode Five will premiere days earlier in Ireland and UK
You may also like
2 days ago
Can you ace this ultimate Brendan Fraser quiz?
3 days ago
One of the most underrated crime thrillers of recent years is among the movies on TV tonight
3 days ago
Tom Hardy set to play Hannibal Lecter-type serial killer in new series
3 days ago
Guy Ritchie's new war movie looks like it'll be a very emotional watch
3 days ago
Dave Bautista and Jason Momoa's 'Lethal Weapon' style buddy cop movie set to shoot next year
3 days ago
Netflix backtracks on anti-password sharing measures following user outcry
Next Page