So the final trailer for Fantastic Beasts: The Crimes of Grindelwald has landed and to say we're excited is an understatement.

So a quick rundown of what's happening in this movie. 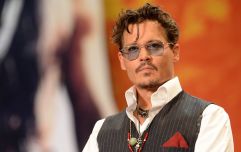 Johnny Depp has been dropped from Fantastic Beasts movies

END_OF_DOCUMENT_TOKEN_TO_BE_REPLACED

Following the the events of the first movie, the powerful dark wizard Grindelwald (Johnny Depp) has managed to escape from his capture by MACUSA (Magical Congress of the United States of America), and has set about recruiting more wizards to join him in preparation for a fight against the muggles (non-magic folk). 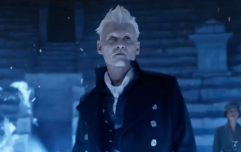 #TRAILERCHEST: The final trailer for Fantastic Beasts: The Crimes of Grindelwald is here

END_OF_DOCUMENT_TOKEN_TO_BE_REPLACED

But the trailer for the movie also revealed the origins of a character which will be very familiar to anyone who has read the Harry Potter books or seen the movies.

In 2017, the first cast photo for the movie identified Claudia Kim as a Maledictus, which is described on Pottermore as: "A carrier of a blood curse which will ultimately destine them to transform permanently into a beast."

The trailer has confirmed the suspicions of Nagini's original story - at one point showing Kim transforming into the snake.

Fans were quick to call upon the series' author, JK Rowling herself, to find out what the story is.

Not an Animagus. A Maledictus. Big difference. https://t.co/JwVVNnvVQU

popular
New car-free town with population of 85,000 set to be built in Dublin
Elderly Irish man stabbed to death on mobility scooter in London
Galway City Council street cleaners claim Lotto jackpot worth over €5.5 million
Here's how to make €9-11 on Revolut in just a few minutes
QUIZ: Can you name all the countries beginning with A?
Articulated lorry driver in his 20s dies in Tyrone
A terrific '90s crime drama is among the movies on TV tonight
You may also like
5 years ago
This is how much money the Harry Potter movies have made
5 years ago
COMPETITION: Win a pair of tickets to the European Premiere of 'Fantastic Beasts And Where To Find Them' in London
5 years ago
Johnny Depp has reportedly signed up for the sequel of Fantastic Beasts
5 years ago
WATCH: Check out Colin Farrell, Eddie Redmayne and the stars of Fantastic Beasts at this exclusive global fan event
5 years ago
#TRAILERCHEST: The new trailer for Fantastic Beasts and Where to Find Them will bring magic back into your life
1 week ago
Prime Video has just added 25 very big movies to its library
Next Page