FEATURE: 7 of the best opening scenes in film history

We all love an opening scene that grabs you by the ears and drags you into the action.

Sometimes, the rest of the film disappoints (we’re looking at you, Snake Eyes) but a great intro definitely helps to win the audience over.

Everyone has their favourites but we think you'd be hard pressed to beat these classic openers.

This mic drop of an opening scene is one of cinema’s great statements of intent.

It’s an ass-kicking cocktail of film noir visuals, technical wizardry and concussive kung fu. It was also our first look at “bullet time,” which people of the time just assumed was witchcraft.

The Wachowski Brothers originally wanted $80m to make the film. They were only given $10m so they took a gamble and blew it all on this glorious opening scene.

Luckily, the studio recognised a hit and coughed up the rest of the cash. 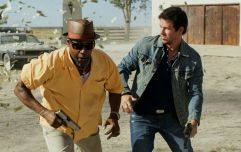 Here are the 5 best films on the telly tonight

END_OF_DOCUMENT_TOKEN_TO_BE_REPLACED

The famous speech, the thumping sound of 'Lust For Life,' pumping fists and grim-faced skinheads being chased by cops – it's an adrenaline-filled start to proceedings. This scene slaps you around the ear before asking if you can spare a Euro.

That memorable moment when Renton rolls over a car bonnet and eyeballs the driver may just be Ewan McGregor’s best work.

Goodfellas starts with three unremarkable people in a car that’s making rattling noises. From there, things quickly escalate into casual but shocking violence.

Simplicity is the key in this 90-second scene. Not much happens but it subtly captures the essence of the three main characters in this short opening sequence.

And you’re hooked from the moment the voiceover kicks in…

“As far back as I remember, I always wanted to be a gangster.”

The bank heist at the start of The Dark Knight could easily work as a standalone short but it’s also one of cinema’s best character introductions.

We don’t see Heath Ledger’s Joker until the end of the scene but we already know a lot about him by the time he takes off the mask. It’s not that he isn’t playing with a full deck – he’s playing with an entirely different deck to the rest of the table.

Gritty, smart and thrilling, it’s a fitting preview of what’s to come. 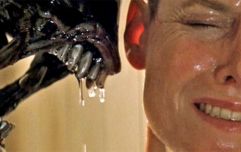 Here are all of the Alien movies ranked from worst to best, including Alien: Covenant

END_OF_DOCUMENT_TOKEN_TO_BE_REPLACED

The Dawn of Man scene in A Space Odyssey is nothing if not iconic. It’s also completely bonkers.

It features a creepy black obelisk and ape-men discovering tools and murder (it was a busy week in evolutionary terms). Of course, there’s also that unmistakable music.

Long before he became an expert in awkward hugs, John Travolta made one of the great movie entrances of all time in Saturday Night Fever’s opening scene.

The swaggering dancer’s walk, his questionable get-up and the sound of Stayin’ Alive make this sequence a disco call to arms. Sure, it’s cheesy but it’s undeniably effective.

The opening scene in Up makes the start of Bambi look like a light hearted romp in the forest.

Sure it's utterly brilliant but you don't expect this kind of emotional gut punch from a glorified cartoon!

There's barely any dialogue but it says more about life in a few minutes than most art house films manage in two hours.

A Touch of Evil

Long take openings are a director’s way to show off, with films like Children of Men using it to good effect.

A Touch of Evil may not be the first film to go down this route but it’s widely regarded as the daddy of long take intros.

It’s literally a ticking time bomb of a start that follows the action in one sweeping shot.

It’s also a great reference for people who want to bluff their way through a film conversation in the pub.


popular
The JOE Friday Pub Quiz: Week 198
QUIZ: Name the country for each of these non-capital cities
Weather warnings issued for nine counties ahead of the weekend
QUIZ: Can you name all the countries in the world beginning with the letter 'P'?
QUIZ: Can you get top marks in this tricky logo quiz?
Fianna Fáil gets off on the wrong foot, especially with their own crybabies
Gardaí will conduct "nationwide checks" of pubs
You may also like
2 years ago
Darren Aronofsky finally gives a definitive answer on what 'mother!' was all about
2 years ago
Here are the 13 movies to watch on the TV this weekend
2 years ago
WATCH: Peter Jackson is making a WWI documentary and it's going to be shown on the BBC
2 years ago
What movies scared the crap out of you as a kid? Here's a few that some still find traumatising
3 years ago
We've cherry-picked the best movies you can watch on TV over this long weekend
3 years ago
Helen Mirren's role in Fast & Furious 8 has been confirmed and it is exactly as amazing as we'd hoped
Next Page