There is no such thing as too many Fast & Furious movies.

On top of being some of the best action movies of recent years (don't @ me), the Fast and Furious franchise has also brought some of the most kick-ass females to the big screen over the last eight movies.

Think of Michelle Rodriguez, Jordana Brewster, Gal Gadot (yep, Wonder Woman was in these for a while!), Elsa Pataky, Devon Aoki, Ronda Rousey, Gina Carano, and Fast 8 even went on to add Helen Mirren and Charlize Theron into the mix! 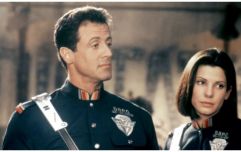 END_OF_DOCUMENT_TOKEN_TO_BE_REPLACED

While Fast & Furious 9 isn't due until April 2020, we've got the series' first official spin-off Hobbs & Shaw arriving in just a few months. But with 2021's Fast Ten set to be the finale of the franchise as we know it, there is still room for further additions, another of which is the upcoming all-female Fast & Furious.

Vin Diesel (who also doubles as producer for the series) had mentioned the female spin-off a while back, but on Thursday he took to Instagram to announce that he and his producer sister Samantha Vincent had secured three very impressive screenwriters to take on the new project.

Nicole Perlman (Guardians of the Galaxy, Pokemon Detective Pikachu), Lindsey Beer (Sierra Burgess Is a Loser, Chaos Walking), and Geneva Robertson-Dworet (Captain Marvel, Artemis) are all big up-and-comers in Hollywood, already attached to some HUGE projects - the big-screen adaptation of 80s cartoon MASK, as well as movies based on Avengers member Black Widow, and Spider-Man sometimes antagonist Silver Sable, to name just a few - and they can now add the new F&F spin-off to those already bulging CVs.

It isn't clear if any of the original ladies of Fast & Furious will be returning to the line-up, or if it will be a whole new set of characters driving cars in speedy and angry capacity, but now seems like as good a time as any to start dream casting.

Plus, they definitely need to bring back Eva Mendes, because she was awesome in 2 Fast 2 Furious!