A film about an Irish Traveller girl pursuing her dream to be a boxer has won a major award at the Toronto International Film Festival (TIFF).

Float Like A Butterfly won the International Federation of Film Critics (FIPRESCI) Prize for the Discovery Programme during Sunday night's ceremony.

Directed by Carmel Winter, the film is set in 1960s/70s Ireland and stars Hazel Doupe as 15-year-old Frances, who dreams of becoming a boxer like her hero, Muhammad Ali.

She also wants nothing more than to make her father, who has recently been released from prison, proud.

Required to keep the peace due to the conditions of his parole, he's forced to endure humiliation from the police sergeant, much to Frances' dismay. And to make up for lost time, he is determined to "make a man of his son and an obedient wife of his daughter."

"For Frances losing is not an option," the movie's blurb says.

"This is a fight she has been training for all her life. At stake is her own freedom, her mother's honour and her father's faith. She knows the only way she can end this war is to win it." 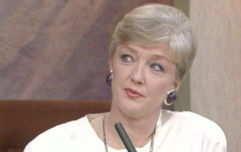 RTÉ is planning special tributes to Marian Finucane this weekend

END_OF_DOCUMENT_TOKEN_TO_BE_REPLACED

The movie was filmed on location in County Cork and backed by Screen Ireland.

The TIFF called the film "a pastoral and traditional bucolic film, capturing the familiar angst and anxiety a young adult woman undergoes in order to have her say in the scheme of things in a predominately male-driven patriarchal society".

"We couldn’t have wished for an audience more open to opening their hearts and witnessing our film," Irish writer-director Carmel Winters said on Sunday while accepting the prize.

"I can’t believe the jury choose to see our film in such a loving way as to give us this recognition today. I am so grateful to you all.