It's back, lads. And nobody is safe.

The first ever series of Winter Love Island is kicking off this Sunday, and while speculation has been rife around who is actually going to be entering the villa, we finally have some confirmation. 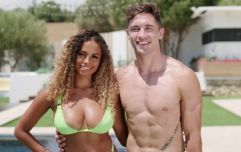 END_OF_DOCUMENT_TOKEN_TO_BE_REPLACED

12 contestants will be entering the South Africa villa this weekend as Laura Whitmore takes over hosting duties from Caroline Flack for the first time.

Here's who will be officially looking for love this Sunday.

22 and from London, Leanne is a customer service advisor who's hoping to find her own version of Gerard Butler in the villa.

She says that she wants someone who is "... rugged and manly, not anyone with a pretty face. I also want someone loyal and trustworthy. The list does go on."

Not picky then, at least. 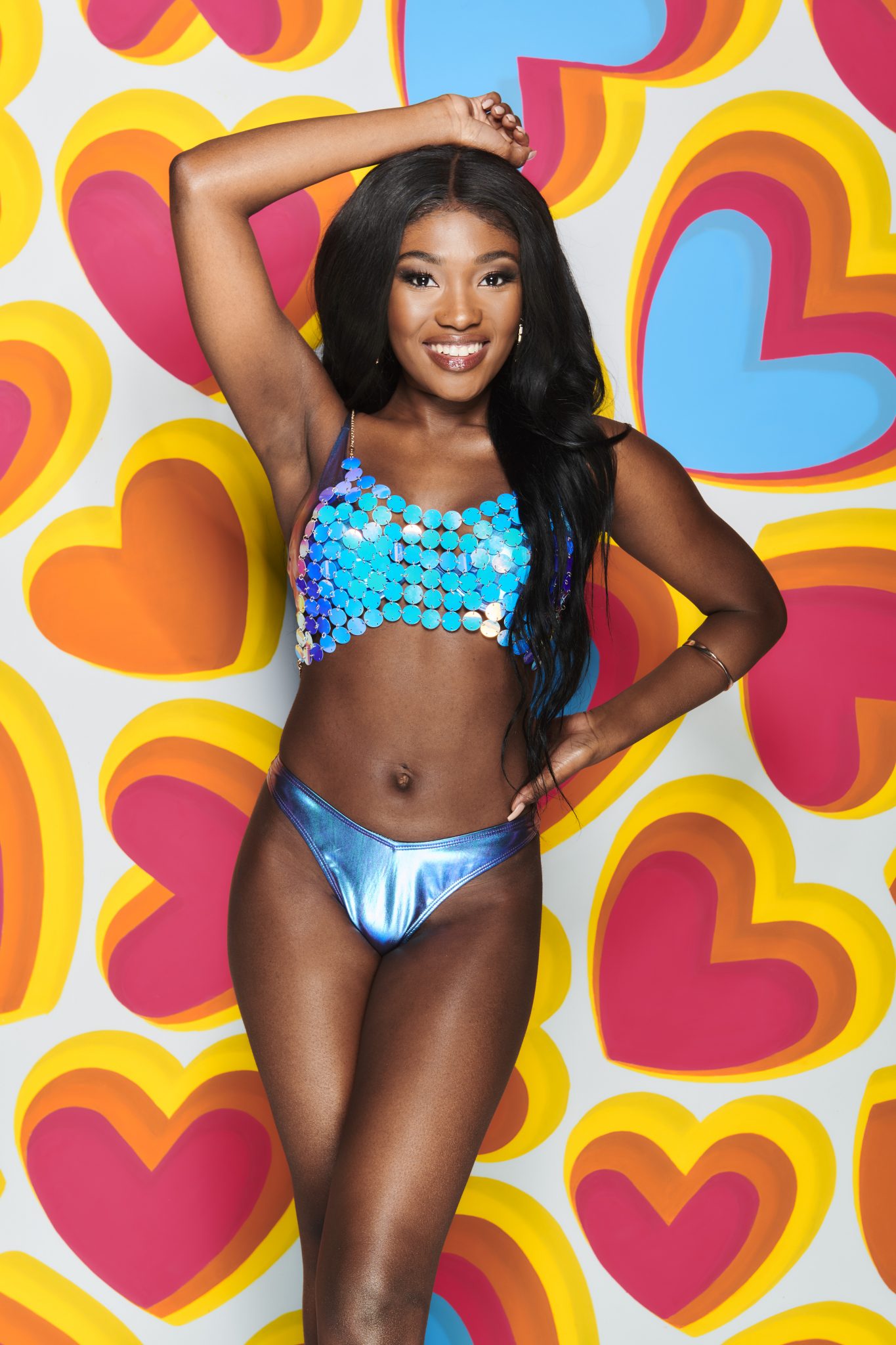 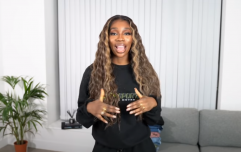 END_OF_DOCUMENT_TOKEN_TO_BE_REPLACED

Bristol gal Siânnise is a 25 year old beauty consultant who's entering the villa with the intention of banking herself a lad who is - unsurprisingly - tall, dark, and handsome.

A Disney lover who has allegedly never used a dating app, she's hoping that her ability to moon walk will bag her the guy of her dreams this winter. 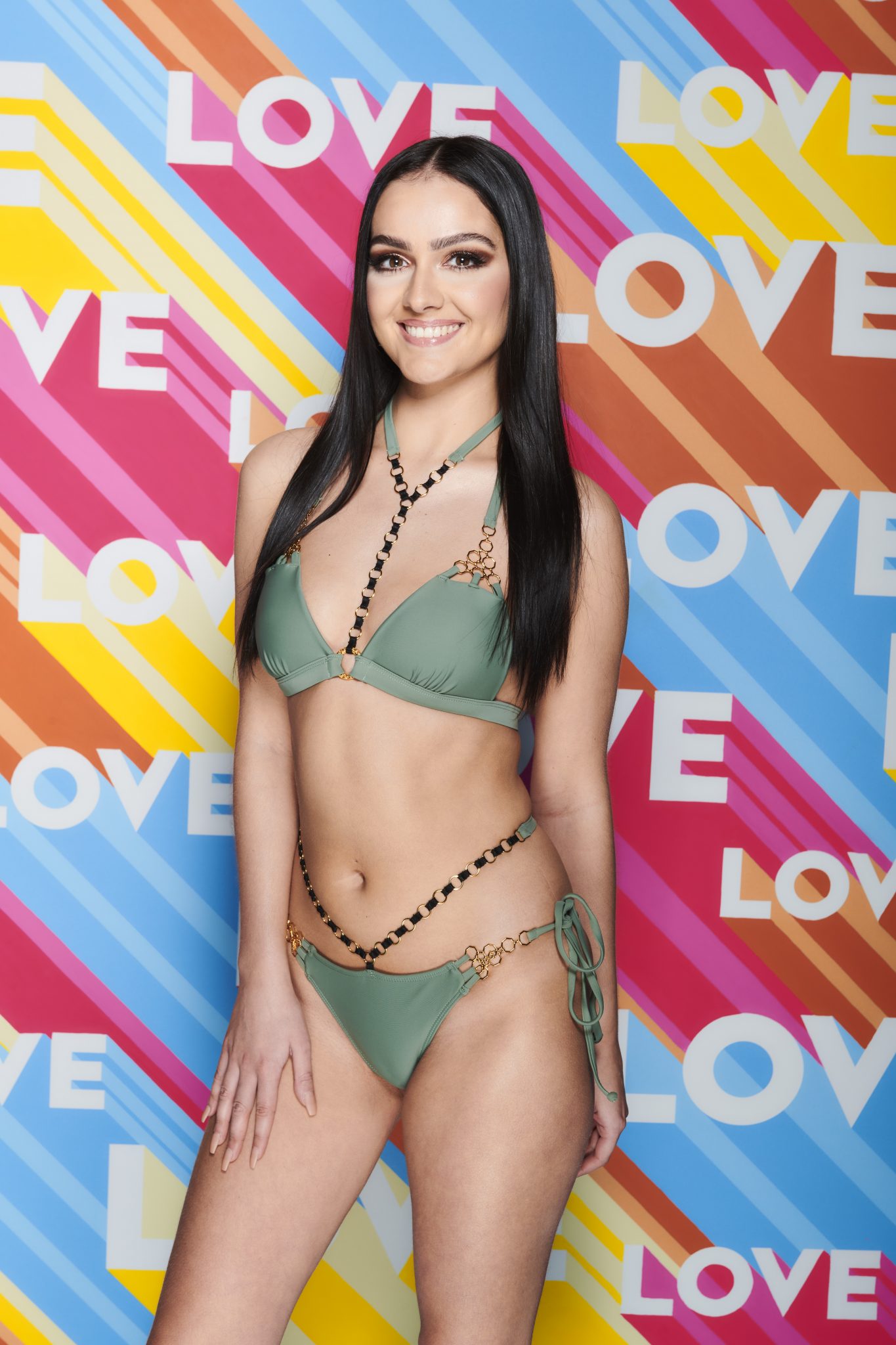 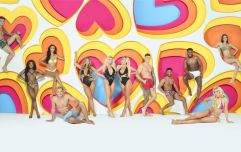 END_OF_DOCUMENT_TOKEN_TO_BE_REPLACED

The villa's first ever actual twins, Eve and Jess are students and VIP hostesses hoping to make the mostest of their time on the first series of Winter Love Island.

Both twins are mad into Anthony Joshua, which means that there could be a bit of competition between the gals when it comes to coupling up.

Neither Eve nor Jess has ever dated anybody they met online, meaning that they are either total liars or absolutely going to have the upper hand in the villa. 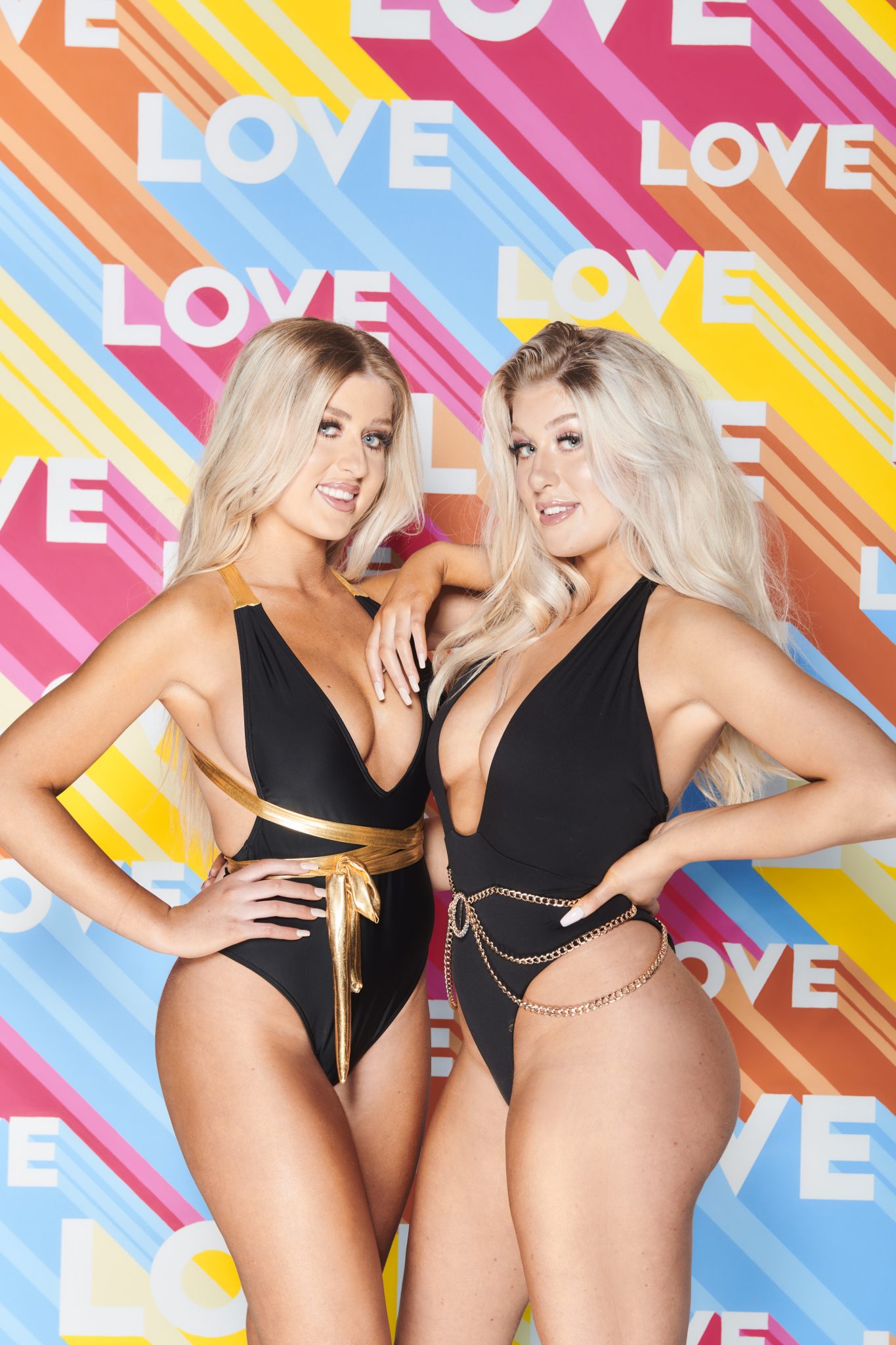 Shaughna is chatty, funny, and clever - and apparently people won't expect that from her.

The 25 year old democratic services officer is looking for a man she can sit and watch the news with - and then talk about it afterwards. Imagine!

She's immediately turned off by people who are full of themselves, meaning that she absolutely made the correct decision in going on Winter Love Island this year. 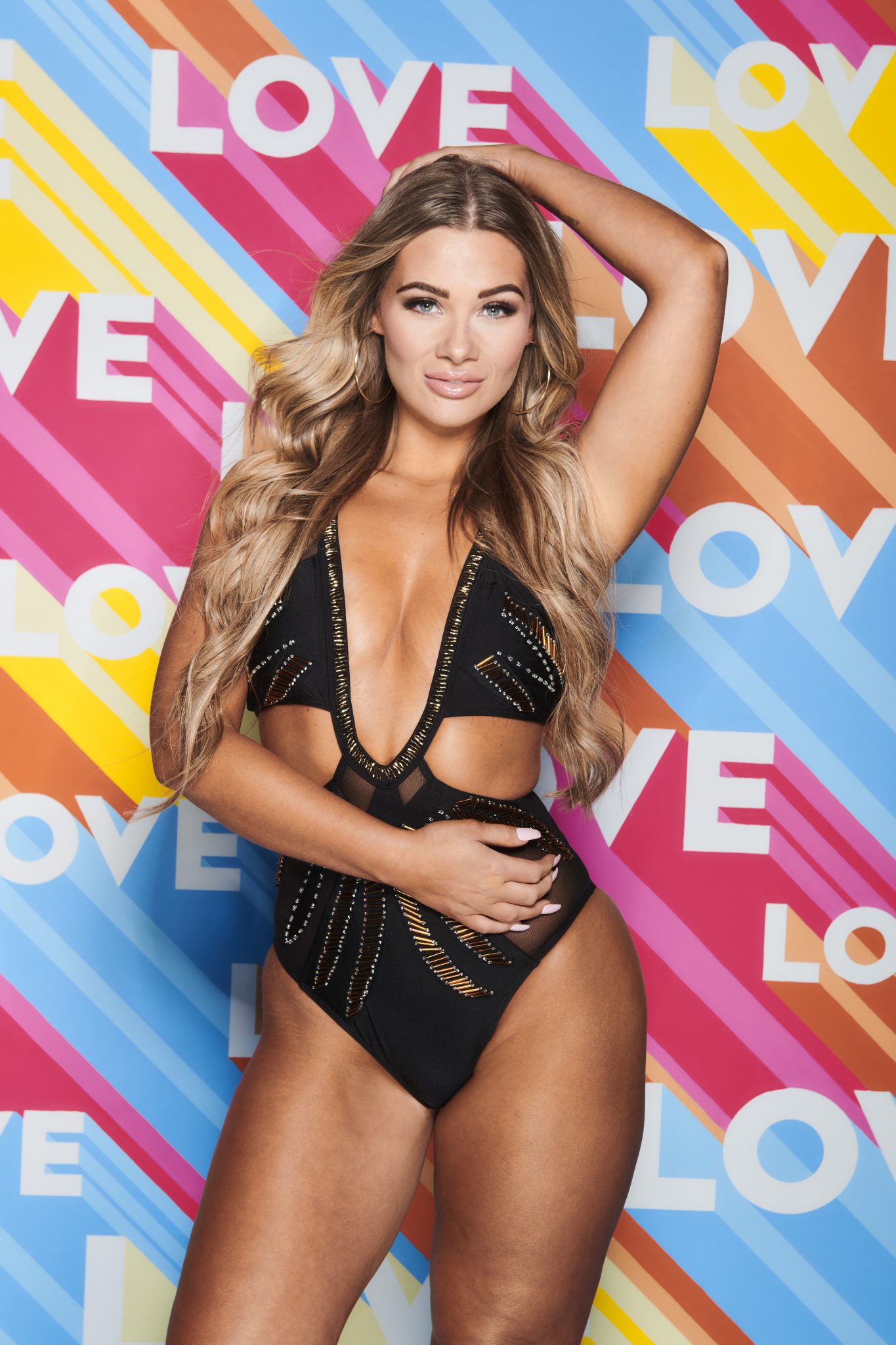 She's also 21, a medical PA, and determined not to screw anybody over in the villa to get what she wants.

"Being friends with someone and not going after their man, I would never do anything to my close friends," she says.

"Obviously I know it’s different because in the villa, you could know people for a handful of days and everyone expects you to do girl code. I just think it’s about going about things the right way and being friendly." 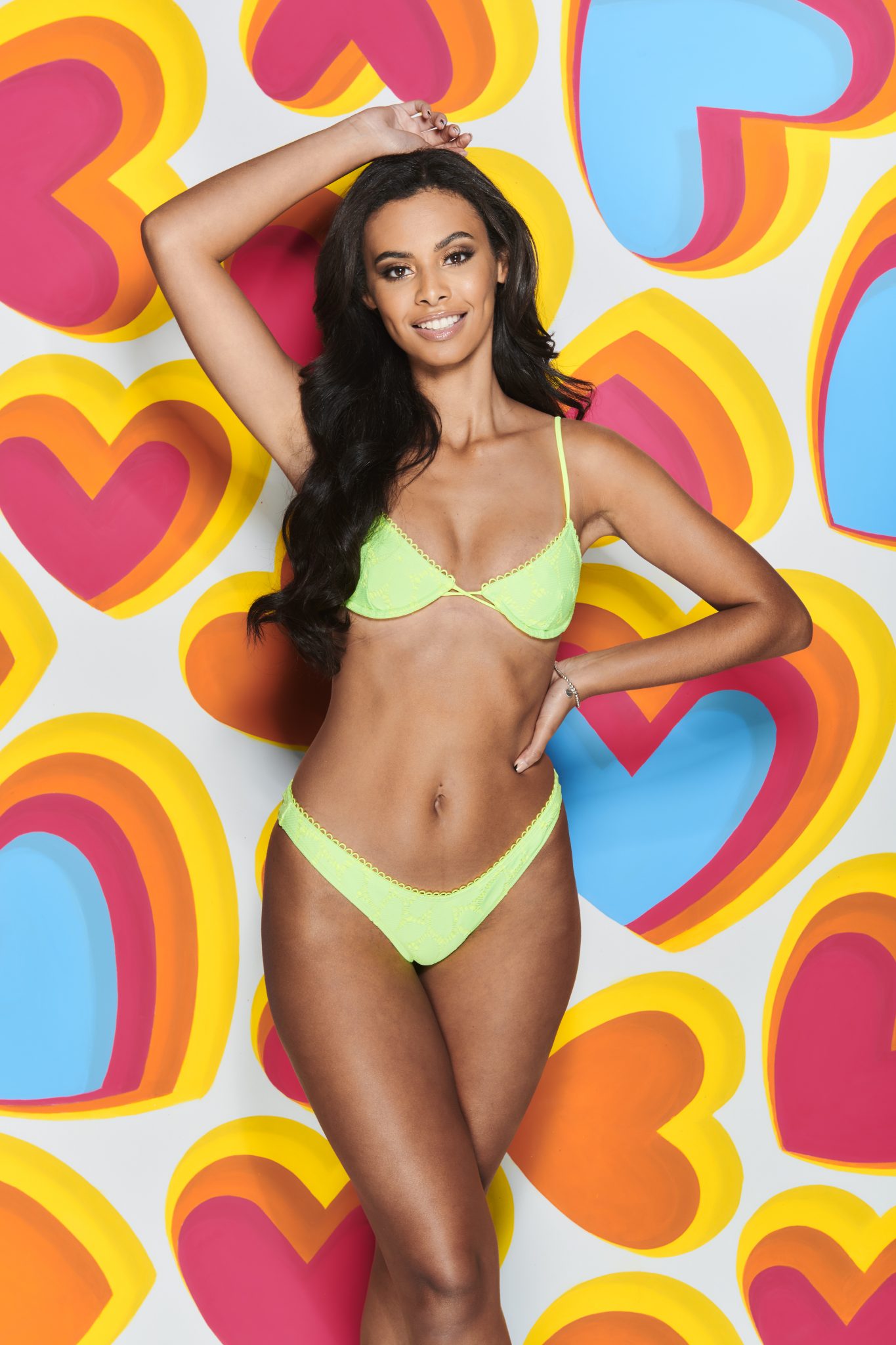 Singer Paige is a natural flirt, which should bode well for every other person in the Winter Love Island villa.

A social media addict who fancies Tom Hardy, her claim to fame is being Lewis Capaldi's actual ex-girlfriend.

She made an impression, clearly. 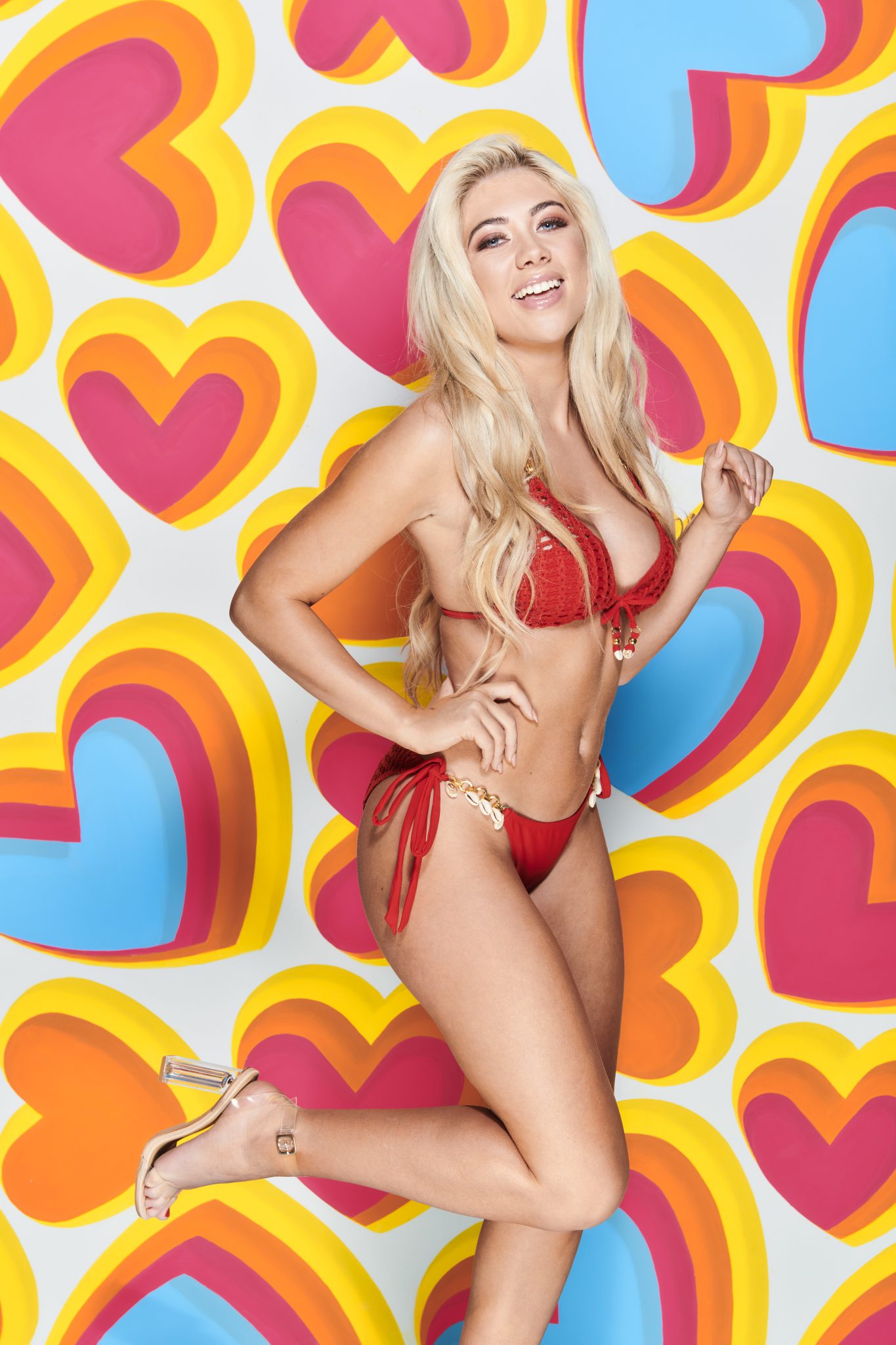 FREEZE. PUT YOUR HANDS UP.

Because Mike Boateng is about to enter the Winter Love Island villa, and he's a policeman.

Charming and approachable (his words, not ours), Mike's hoping that his easy going attitude will give him the upper hand in the villa.

"I can have a bit of a wandering eye, but I’m not going to wander for the sake of it," he says. "I’ve always had pretty long term relationships." 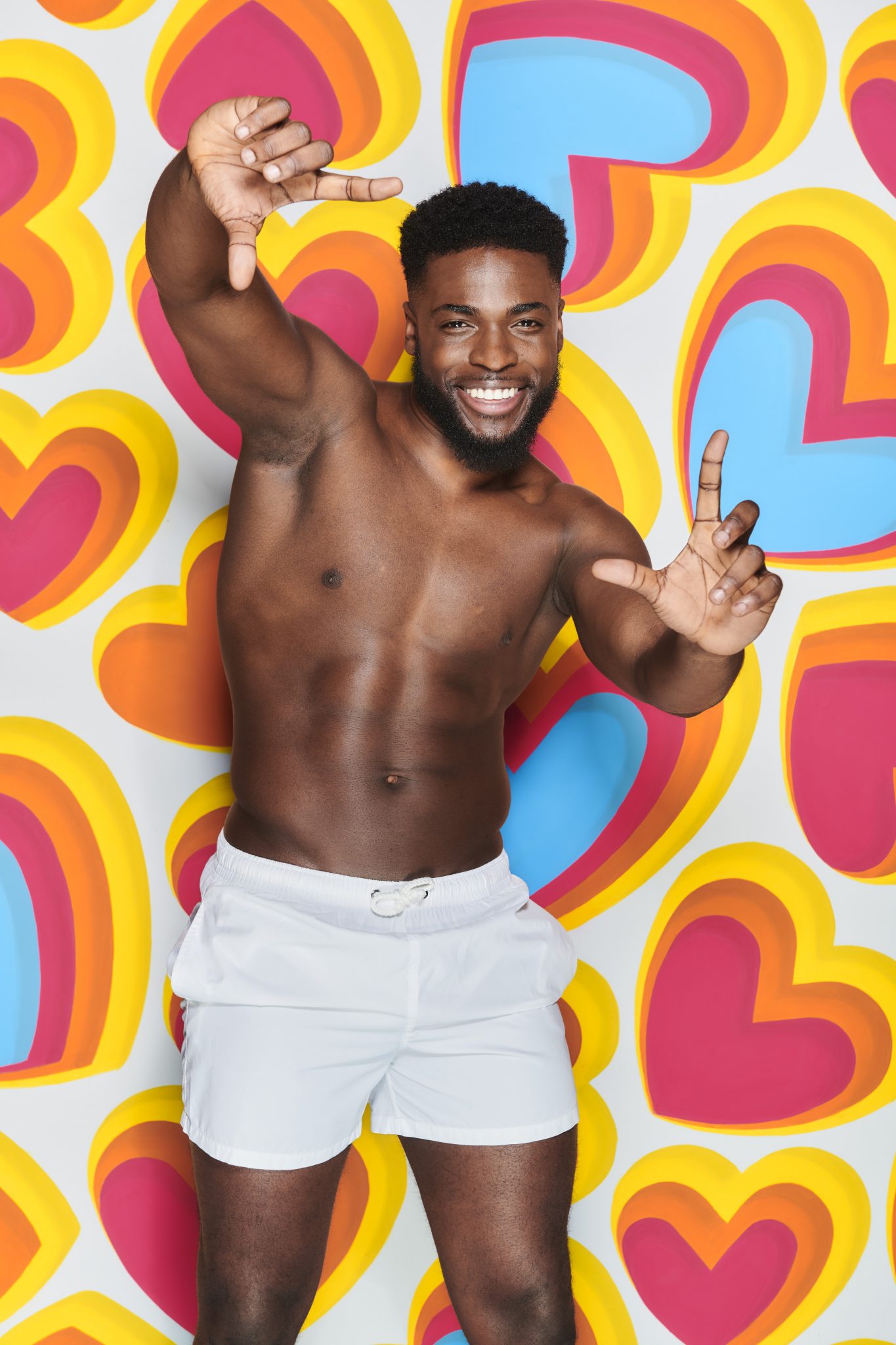 Connor is a coffee bean salesman. That is his actual job. And that is all you need to know about him.

Just kidding, he's also been a naked waiter in a previous life and thinks that Post Malone's 'Better Now' sums up his love life.

"I’m quite honest and I say whatever’s on my mind," he says. "I don’t want to make a complete fool of myself, but if I like someone I will tell her and I will go for it." 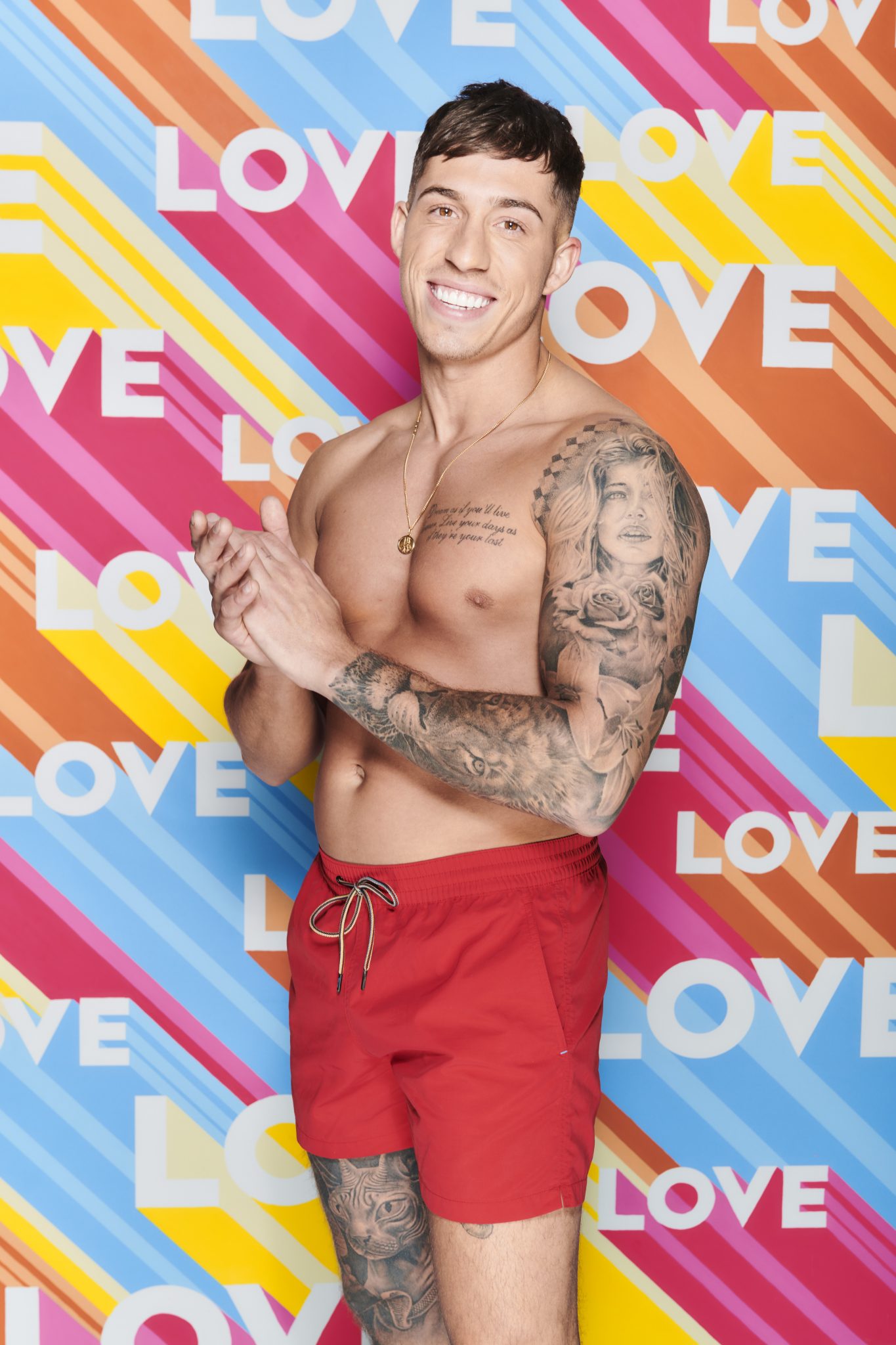 Scaffolder Callum is a self-confessed cheeky chappie who doesn't want a girl who's going to rely on him to "do things."

He says he's willing to go "pretty far" to get a girl in the villa, which honestly could mean literally anything so we ain't holding our breath.

"I always think it’s best to go to a guy and speak to them first to clear up anything you need to. I wouldn’t go behind a lad’s back," he says. 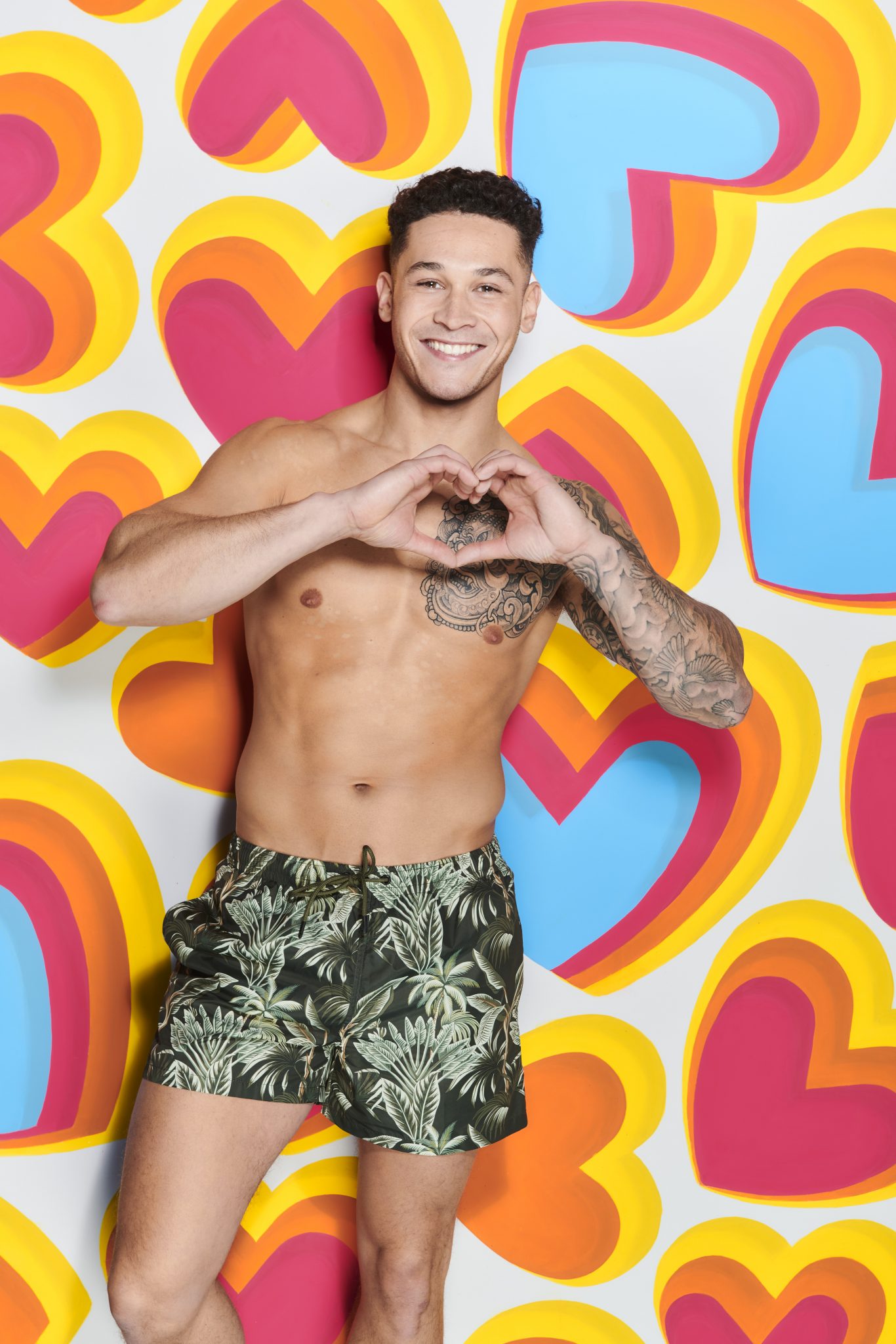 23 Londoner Nas has a glorious smile, a bangin' personality, and an energy that he absolutely requires to be matched.

On the market for a girl who carries herself well, he's hoping to become everybody's first choice while also bagging himself a Princess Jasmine lookalike. 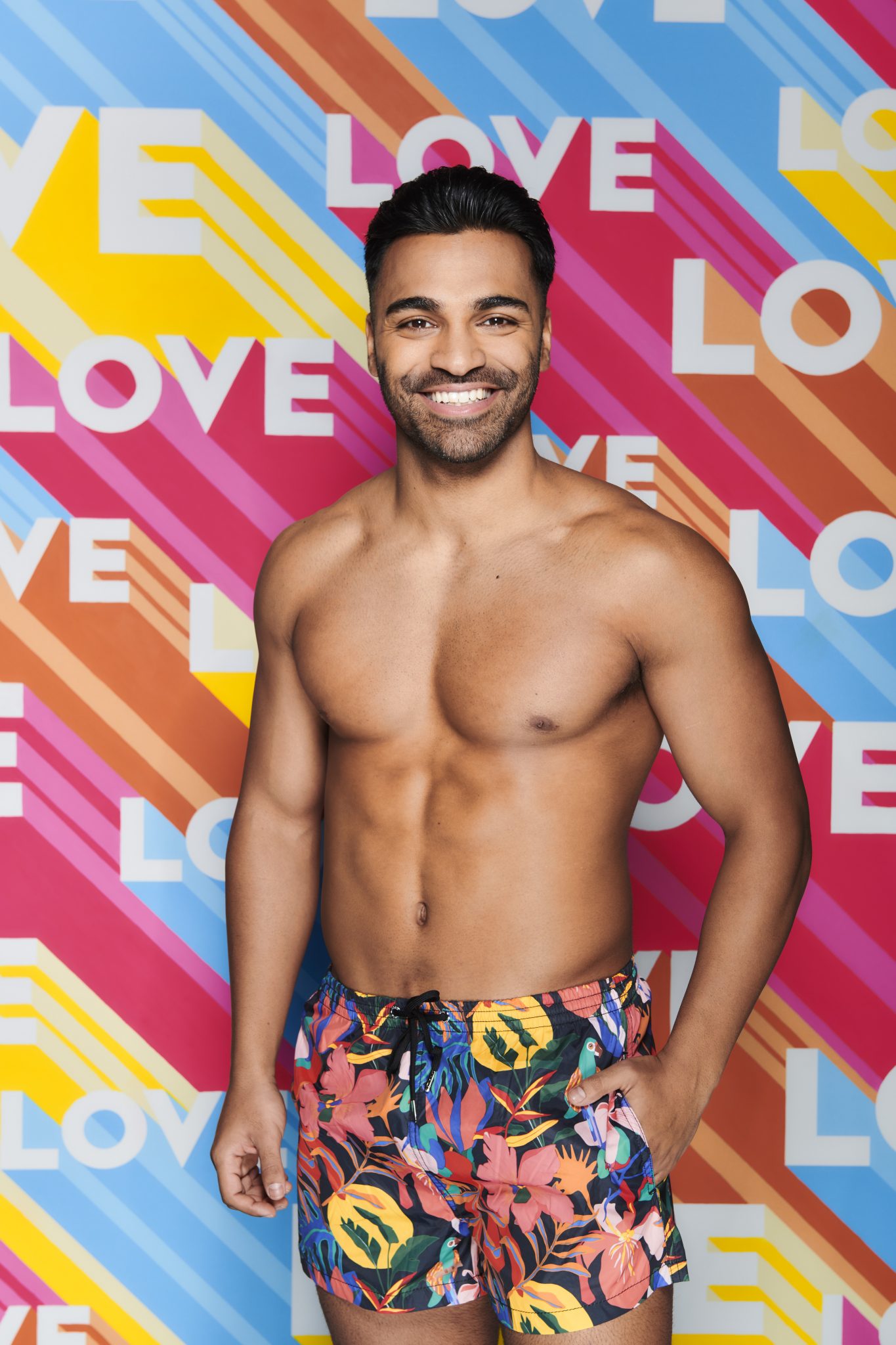 Heir to the lanhydrock estate and land owner (yes, really), Ollie is entering the villa presumably because his weekend of simultaneously skiing in Aspen and lamping rabbits got cancelled.

Just kidding, Ollie's just like us, guys. He's the same. He's going to wait at least two days before informing everybody that he is, in fact, very rich.

"My father is Lord of the Manor of Lanhydrock," he says.

"The family title is Viscount Clifden. When my father passes away or abdicates, as the eldest child, I will take on the titles and the estate. I’m the heir of Lanhydrock." 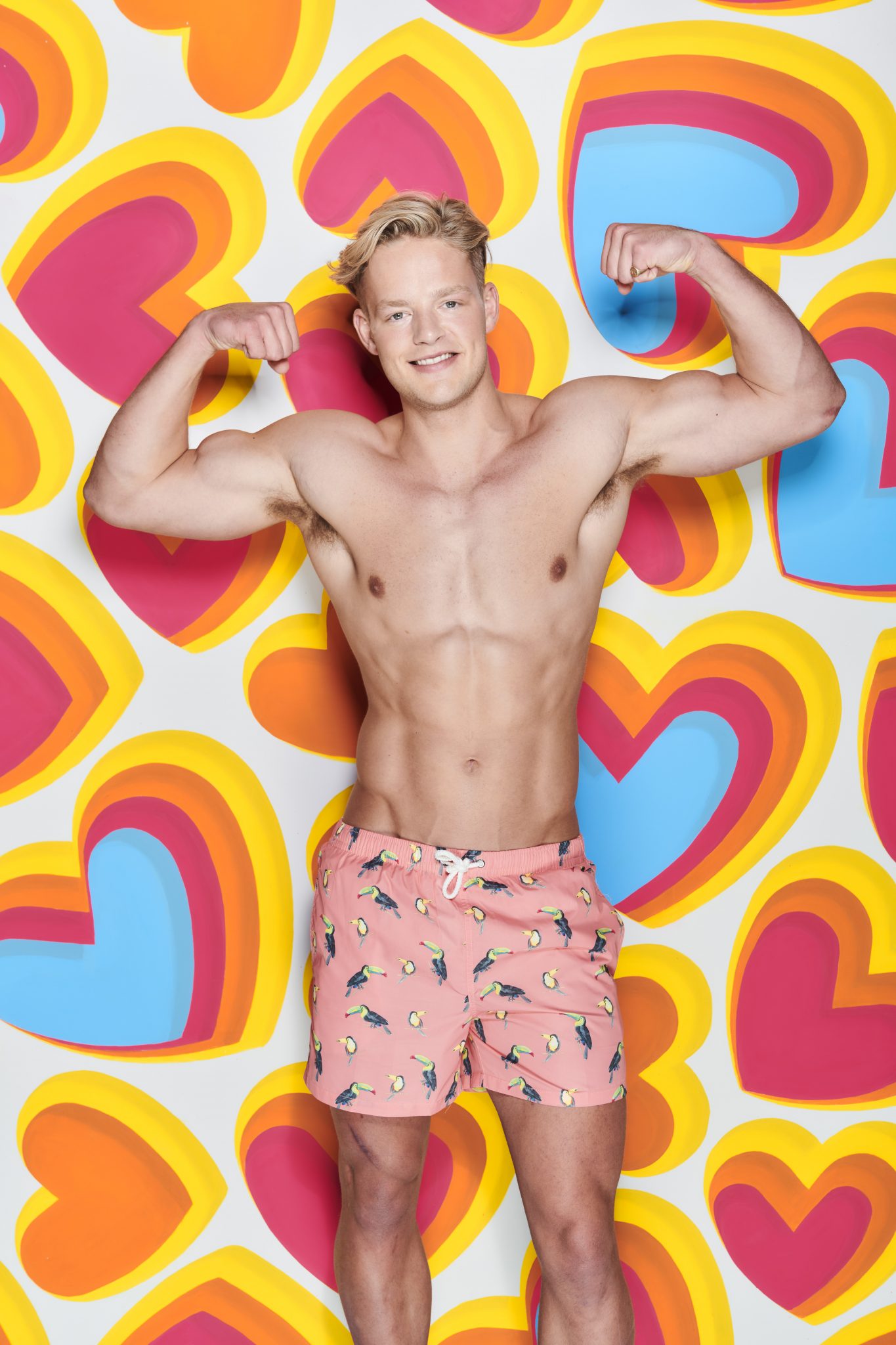 The Big Reviewski || JOE · TBR Spotlight: The Falcon and the Winter Soldier Episode Four - 'The Whole World is Watching'
popular
The 50 most iconic songs of all time* have been revealed
Hank Azaria feels he needs to apologise "to every single Indian" for playing Apu in The Simpsons
Making A Murderer: The explosive and NSFW telephone call that implicates a new killer
Steven Avery's lawyer says nephew Bobby Dassey planted evidence in case
The Falcon and the Winter Soldier's plan succeeds where The Boys have failed
PICS: The man with the biggest penis in the world has one unbelievable problem with it
People think they've figured out the ranking of the viewers on your Instagram Stories
You may also like
3 months ago
Former Love Island star Zara Holland charged in Barbados for breaching Covid-19 rules
1 year ago
Love Island may not be returning this June due to coronavirus
1 year ago
ITV is looking for applicants for this summer's Love Island
1 year ago
Laura Whitmore hits out at paparazzi photographing her following Caroline Flack's death
1 year ago
Love Island will not air tonight, following the death of Caroline Flack
1 year ago
Here are the 12 Casa Amor bombshells that are going to be entering the villa
Next Page