The first image of the live-action Sonic The Hedgehog movie has human arms and legs, looks really buff

Buff Sonic is not something we need.

Ok, so there is a Sonic The Hedgehog movie coming soon. But not an animated movie, like you might think. Not a version of Kung Fu Panda or Madagascar, but with Knuckles and Tails. That makes too much sense. No, instead, we are getting a live action Sonic movie. Yes, really.

How is that going to work? A CGI character in a real world? A puppet? Kevin Hart in blue make-up? The very first ‘motion-poster’ for the film has just dropped, and while his face is still hidden, there is a lot to take in. 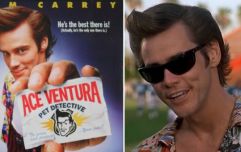 QUIZ: How well do you remember Ace Ventura?

END_OF_DOCUMENT_TOKEN_TO_BE_REPLACED

First up: Sonic the cartoon hedgehog now has very realistic looking arms and legs and torso. Sonic is supposed to be a chubby little hedgehog. Now he looks like Donald Glover in the ‘This Is America’ video. He’s sinewy like a welterweight MMA fighter. Crossfit Sonic. Shirtless selfies on Tinder Sonic, ready to strut around the Love Island villa in his pants.

This is definitely a Sonic who fucks.

Second: He has fur on his spikes. Right, okay, I get that this is not a realistic movie, but hedgehogs do not have fur on their spikes.

“That was always Stage 1 of adapting it to what the real world is and what a real animal would be like,” executive producer Tim Miller told IGN. “It would be weird and it would feel like he was running around nude if he was some sort of otter-like thing. It was always, for us, fur, and we never considered anything different.” 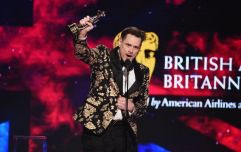 END_OF_DOCUMENT_TOKEN_TO_BE_REPLACED

And finally: He has shit trainers. Ok, Sonic has always had big red clumpy things, but in a world where Spider-Man wears Jordans, he should be wearing Yeezys or something.

Sonic The Hedgehog is in Irish cinemas 26 December, 2019. Jim Carrey is playing Dr Robotnik, and I refuse to believe this is a real thing.

popular
The JOE Friday Pub Quiz: Week 220
The JOE Movie Quiz: Week 80
Harry Styles hits back at critics who told him to be more 'manly'
Status Yellow snow warning issued for five counties
Here are the 6 best movies on TV tonight
Here's Week 58 of JOE's 19 in 90 quickfire quiz
The 50 most iconic songs of all time* have been revealed
You may also like
1 year ago
WATCH: Jim Carrey responds to his and Mussolini's granddaughter's beef in classic Jim Carrey fashion
1 year ago
In a bizarre turn of events, Jim Carrey is feuding with Mussolini's granddaughter on Twitter
1 year ago
PICS: Leaked images reveal the live action Sonic The Hedgehog for the first time
2 years ago
WATCH: First trailer for Jim Carrey's new series from the director of Eternal Sunshine Of A Spotless Mind
2 years ago
Jim Carrey is set to play one of video game's all-time greatest villains
2 years ago
20 years later, this is still the most accurate movie about the future that has ever been made
Next Page