He appeared in 800 episodes of Neighbours.

Actor Craig McLachlan has been charged with one count of common assault and eight counts of indecent assault by police in Australia.

McLachlan was charged with the offences by a sex crime unit in the city of Melbourne. He will appear in court on 8 February to face the charges.

END_OF_DOCUMENT_TOKEN_TO_BE_REPLACED

The specifics of the charges have not been made public.

McLachlan is well known for his time on the Australian soap opera Neighbours, where he played Henry Ramsay — the brother of Kylie Minogue's character Charlene. He also appeared as Grant Mitchell in Home and Away for two years. 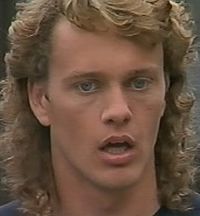 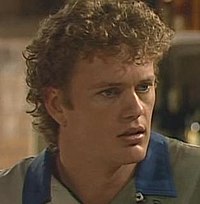 According to the BBC, a spokesman for Mr McLachlan told local media: "Craig is innocent of these charges which will be vigorously defended."

popular
Details of cash payments and Christmas bonus outlined in Sinn Féin’s alternative budget
QUIZ: Test your knowledge with this Ultimate Friends Character Quiz
The JOE Friday Pub Quiz: Week 313
A brilliant psychological thriller is among the movies on TV tonight
House Of The Dragon is already better than Game Of Thrones
One of the best films nobody went to see turns 15 years old this week
Amazon Prime Video has just added 20 very big movies to its library
You may also like
11 hours ago
QUIZ: How well do you know your horror movie scream queens?
1 day ago
A brilliantly scary horror movie is among the movies on TV tonight
1 day ago
2022's sexiest show is finally available to watch in Ireland
1 day ago
WATCH: Oscar winner Steven Price weighs in on #ReleaseTheAyerCut for Suicide Squad
1 day ago
The 6 must-watch brand-new arrivals coming to Disney+ in October
1 day ago
QUIZ: How well do you remember Avatar?
Next Page