The director of The Dark Knight Trilogy has been back in the bat-headlines this week.

There is no denying that Christopher Nolan had as big an impact on the current massive popularity of comic book adaptations as the entirety of the MCU. 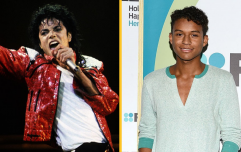 END_OF_DOCUMENT_TOKEN_TO_BE_REPLACED

It is now a full decade on since Nolan ended his Dark Knight Trilogy, and since then we've had Ben Affleck put on the cape, and then Robert Pattinson, and next year we'll even see Michael Keaton return to the role for The Flash movie.

For most fans, the combination of Nolan and Christian Bale is still the benchmark by which all other Batman movies must be compared, so of course it was going to make headlines this week when Bale revealed he would return to the series, as long as Nolan did too.

During his press tour for Thor: Love and Thunder, Bale told Screenrant:

"In my mind, it would be something if Chris Nolan ever said to himself, ‘You know what, I’ve got another story to tell.’ And if he wished to tell that story with me, I’d be in."

END_OF_DOCUMENT_TOKEN_TO_BE_REPLACED

There is just one little problem with that.

With the exception of The Prestige, every single Christopher Nolan movie from 2002's Insomnia to 2017's Dunkirk was released in cinemas by Warner Bros. That includes huge hits such as Inception and Interstellar, as well as The Dark Knight Trilogy, as Warner Bros. own the rights to the entire DC catalogue.

Then in 2020, at the height of the pandemic, Warner Bros. announced they were simultaneously releasing all of their cinematic releases on their new home streaming service, HBO Max, including some potentially huge blockbusters like Dune Part One, The Suicide Squad and The Matrix Resurrections.

When this was announced, Nolan was quick to point out that he was quite unhappy about the new set-up (which, to be fair, only lasted a year, during the height of cinema closures). Nolan's 2020 sci-fi action epic Tenet was still released into cinemas in August and September 2020, but made only $363 million worldwide, reportedly resulting in a loss of $50 million for Warner Bros., and it would be almost a full year before the movie arrived on HBO Max.

END_OF_DOCUMENT_TOKEN_TO_BE_REPLACED

At the time, Nolan had hoped Tenet would be the movie that would spark life back into the then-dying cinema industry, and when that didn't pan out, Nolan began looking elsewhere to shop his next movie.

And so we'll be getting his new movie, Oppenheimer, a $100 million budgeted biopic about the creator of the atomic bomb (played by Cillian Murphy), which will be released by Universal Pictures.

So, for as long as WB owns the rights to DC, we don't see that fourth Nolan/Bale Batman movie happening any time soon.

popular
Wrestling legend Hulk Hogan 'paralysed from the waist down'
Omniplex Cinemas are hiring for an awesome and very rare job
Police special operations unit seize mother's e-scooter after she took child to school on it
Prime Video has just added one of the best dramas of the last decade
Richard Madeley apologises after calling Sam Smith 'he' and bungling guest's pronouns
An extremely tense true crime drama is among the movies on TV tonight
The Last Of Us Episode Three is one of the greatest hours of TV ever made
You may also like
1 day ago
Richard Madeley apologises after calling Sam Smith 'he' and bungling guest's pronouns
1 day ago
Annie Wersching, best known for role in TV series 24, dies aged 45
2 days ago
Can you get top marks in this ultimate Oscars 2023 quiz?
3 days ago
New sci-fi horror set to be this year's A Quiet Place
3 days ago
First episode of The Last of Us now available to watch on YouTube for free
4 days ago
Here's the line-up for tonight's episode of The Graham Norton Show
Next Page