Flintoff was filming for the new series of Top Gear

Freddie Flintoff has been airlifted to hospital after being involved in a car crash during filming for the latest series of Top Gear.

The former England cricketer was filming at the Dunsfold Park Aerodrome in Surrey where he was reportedly heard yelling: "I can't stop," as he fell head-first down a runway just inches off the ground in a three-wheeled cycle car. 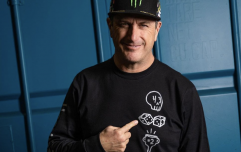 END_OF_DOCUMENT_TOKEN_TO_BE_REPLACED

According to The Sun, Flintoff's injuries are "not life-threatening" despite being rushed to hospital.

A source told the paper: "All the usual health and safety measures were in place for filming too. Freddie was taken to hospital by air ambulance shortly afterwards.

"Filming has been postponed for now and all anyone cares about is Freddie recovering." 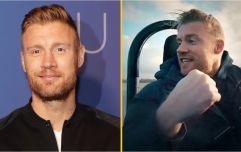 END_OF_DOCUMENT_TOKEN_TO_BE_REPLACED

The BBC have also confirmed that Flintoff was injured in the crash and that he was now in hospital receiving further treatment.

Flintoff's injury occurred while the cameras were rolling to capture his opinion of the car as part of the BBC show's review segment.

Fellow Top Gear presenter Chris Harris, who presents alongside Paddy McGuinness, was also at the test track at the time of the crash.

It comes three years after the former cricketer was involved in a 124mph crash in which he walked away unscathed. After the crash in 2019, Flintoff insisted that he was "absolutely fine".

He said: "I go to great lengths to make sure I do well in Top Gear drag races but, on this occasion, I went a few lengths too far. It will look more ridiculous than dangerous when you see it on TV."

popular
Conor Mcgregor hit by car ‘at full speed’ while cycling
New Netflix series deserves to be as big as Stranger Things
The JOE Friday Pub Quiz: Week 331
Couple left mortified after best man delivers incredible punchline during speech
Peaky Blinders creator on the lookout for 'skinheads' for new drama
DJ accidentally shoots herself in the face with a confetti cannon while performing
All of the new Netflix movies and shows arriving in February
You may also like
3 weeks ago
Ken Block shared a haunting final post before he was killed in snowmobile accident
5 months ago
James May reportedly hospitalised after crashing into wall at 75mph filming new show
1 year ago
Former Top Gear presenter and racing driver Sabine Schmitz dies aged 51
3 years ago
Freddie Flintoff crashes during filming for new Top Gear
4 years ago
Matt LeBlanc replaced as Top Gear host
4 years ago
Jeremy Clarkson spins car into studio in first look at new series of Who Wants to be a Millionaire?
Next Page