The actor passed away with his wife and two sons by his side.

The Friday Night Dinner star, Paul Ritter, has sadly died at the age of 54 from a brain tumour, it has been confirmed.

The star was best-known for his role as the family patriarch, Martin Goodman, in Channel 4’s sitcom Friday Night Dinner. The much-loved actor starred alongside Simon Bird, Tamsin Greig and Tom Rosenthal. 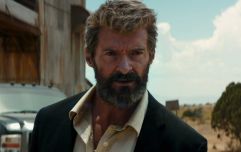 END_OF_DOCUMENT_TOKEN_TO_BE_REPLACED

Ritter also starred in several films, including Quantum of Solace and Harry Potter and the Half-Blood Prince.

The actor's agent told The Guardian that Ritter died at his home with his family by his side.

Ritter's agent said: "It is with great sadness we can confirm that Paul Ritter passed away last night. He died peacefully at home with his wife Polly and sons Frank and Noah by his side. He was 54 and had been suffering from a brain tumour.

"Paul was an exceptionally talented actor playing an enormous variety of roles on stage and screen with extraordinary skill. He was fiercely intelligent, kind and very funny. We will miss him greatly."

The actor is set to appear in the Friday Night Dinner 10th anniversary retrospective, which will air on Channel 4 later this year.

The Big Reviewski || JOE · TBR Spotlight: The Falcon and the Winter Soldier Episode Five - 'Truth'
popular
The JOE Friday Pub Quiz: Week 239
The 50 most iconic songs of all time* have been revealed
Amazon is spending $650 million just on the first season of their The Lord of the Rings show
People think they've figured out the ranking of the viewers on your Instagram Stories
PICS: The man with the biggest penis in the world has one unbelievable problem with it
Forbes commit to hosting major event in Limerick after controversial article
Stephen Donnelly says he "couldn't care less" about being mentioned by his department on Twitter
You may also like
4 days ago
Wild Mountain Thyme will be available to watch at home in Ireland this month
4 days ago
Six-time Oscar-nominated drama Sound Of Metal is available to watch at home right now
4 days ago
John Stamos and the cast of Big Shot reveal their favourite high school movies and shows
4 days ago
Why John Corbett probably isn't Jo Davidson's mystery relative in Line of Duty
4 days ago
Line of Duty fans think they've worked out who Jo Davidson's mystery relative is
5 days ago
Reeling in the Years: How the 2010s are different to any other decade
Next Page