Friday Night Lights is the rarest of things, a show whose fans loved it so much that their passion and protests somehow managed to convince studio executives to renege on their initial decision to cancel it.

The original book by Buzz Bissinger is a must read and Peter Berg's adaptation of it - accompanied by a stunning soundtrack - is great also.

Let's look at the TV show though because if you haven't seen it then you're missing out but don't worry, life in Dillon is so much more than just football.

Here are our 9 favourite episodes along with some truly memorable moments. 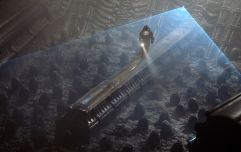 END_OF_DOCUMENT_TOKEN_TO_BE_REPLACED

Touchdown: Friendship and loyalty are two of the core themes in FNL and this was best seen in the tumultuous relationship between Tim Riggins and Jason Street.

The journey of Dillon's former star quarterback was one of FNL's most emotional ones - from his horrific injury to the surprise of fatherhood - but even when Lyla complicated things, Riggins was always there for QB.

In some ways, the two men are polar opposites. Street was a consummate pro that was beloved by everyone in town while Riggins was content in being a womanizing rogue that seemed happier to be drinking a beer than making others like him.

Still though, they work. 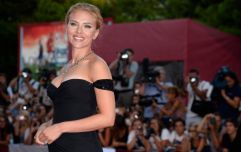 END_OF_DOCUMENT_TOKEN_TO_BE_REPLACED

In this episode, after Street gets shot down by the agency that he's looking to work for, Riggins refuses to let him give up on his dream job and hassles his mate into a meeting with a major college player.

Their farewell was everything that it should be, funny, sentimental and with lots of beer.

Touchdown: In many ways, we're introduced to the crazy world of Dillon football through the eyes of Matt Saracen.

#7 was thrust into the limelight but the pressures associated with being team captain paled in comparison to the troubles in his personal life. In this episode, we finally see the incredibly decent and kindhearted quarterback reach his breaking point.

Saracen just wants to be a regular kid, devoid of the pressures attached from looking after his ailing grandmother or thinking about why his father, girlfriend, mother and surrogate father (Coach Taylor) have all left him.

This moment was building for years but it's perfectly executed.

On the plus side, he did have a fairly epic drinking session with Riggins!

Touchdown: Friday Night Lights was never a show that was only concerned with sport and this was set out in the brilliant first episode.

Yes, we know that Dillon is like a goldfish bowl because gridiron is God but the standard of writing and the character dynamics in the pilot really set the foundation for what's in store.

You get the feeling that Coach Taylor and Tami are not some cheesy, 2D and cliched married couple while the cruel injury to Street, and the subsequent scene in the hospital, was an indication that FNL was far more interested in the drama that occurs away from the field.

Touchdown: If ever an episode of Friday Night Lights was the definition of bittersweet then it's the memorable finale of Season 4 that saw the Lions take on the Panthers.

Ever since Coach Taylor was ousted by Joe McCoy and the rest of the boosters, the tension between both camps was building for years but this rivalry was more than just a sporting/personal one. This was the haves vs the have-nots.

West Dillon represented the privileged, spoiled and arrogant nature of Texas high-school football but for the Lions, this was the moment that they've been waiting for. The question remained though, which quarterback would get the upper hand? Would it be the prodigious but temperamental J.D McCoy or the talismanic but troubled Vince Howard?

Credit to the writers because the action on the field was somehow topped by Tim's incredible act of decency, kindness and sacrifice for his brother Billy.

Touchdown: As the future of Dillon football faces an uncertain future, Coach Taylor has to somehow focus his side for the upcoming State final. Elsewhere, the relationships between Matt & Julie, Tim & Tyra and Luke & Becky all face an interesting juncture.

After five seasons, it was hard to say goodbye to Texas football but the creators managed to pull off a fitting farewell that was equal parts uplifting as it was sad.

The very first episode gave us an insight into the dynamics of the Taylor's marriage and it's somewhat fitting that the finale did the exact same thing.

Touchdown: The Dillon Lions didn't get anything easy (apart from a few heavy defeats) and before Coach Taylor took control of the team, they were a bunch of losers, castoffs and whipping boys.

Their lowest ebb came in coach's first match in charge against the South King Rangers. Trailing 45-0 at half-time, Taylor decided to forfeit the match but in the months that followed, the Lions turned their fortunes around.

The results of sticking to the mantra that "success is not a goal. It’s a byproduct" was clear to see following a series of impressive wins but the return match against the South King Rangers was a defining test.

Could the Lions exorcise their biggest demons against a side that tormented them? That's not their only concern because a boisterous home crowd was screaming for blood and the referee was the definition of a 'homer'

In this cauldron of hate, Vince established himself as the leader of this team and stepped up when they needed him most. This siege mentality and time away from Dillon was also the perfect environment for friendships and bonds to be created.

Touchdown: Without giving too much away, Zach Gilford's performance in these 45 minutes single-handedly won him an Emmy and probably made this the best episode of TV from '09.

An incredible piece of acting.

Touchdown: We all fall down at one point in our lives but it's what we do after that really counts.

At the time of this episode airing, the show was fighting a losing battle with the networks. Despite its critical acclaim and accolades, the end seemed close. However, if you're going out, then go out with your head held high.

That sense of defiance and courage in the face of impossible odds runs throughout every second of this episode.

This is arguably Tim Riggins' finest hour also because along with Matt Saracen, they prove that they're both leaders of men at a time when all hope seems lost.

Despite the drama in the State championship final, the scene where Tyra pores her heart out into her college essay also ranks as one of the best FNL moments of all-time.

Touchdown: The state semi-final takes on a Field of Dreams element after a train accident threatens to remove the Panthers' home advantage.

This episode is the embodiment of the spirit, values and work ethic that Coach Taylor has passed down onto his team because when his side face impossible odds, they somehow managed to dig deep and persevere.

Films usually depict teenagers as vacuous, annoying and shallow but FNL still stands as the best representation of adolescents on screen that you're likely to see.

We also couldn't let an article pass without mentioning these three great moments below...

A) Smash gets into college

Everything about this clip is just great.

Smash's unshakable belief and desire to come back from a horrific injury, Coach Taylor's refusal to give up on him, the rousing speech on the sidelines, the bone shuddering hits and the tear jerking farewell.

B) This speech from Coach Taylor

"What makes a man is that in the midst of that battle, he does not lose himself." Goosebumps.

C) In the rain

The moment when the whole show turned on its head. Clear eyes, full hearts, can't lose!

popular
Simon Cowell concerns fans with appearance as they 'don't recognise him'
Miss Croatia wears revealing outfit at World Cup game despite Qatar's dress code
Orange is the New Black actor Brad William Henke dead aged 56
Netflix has just added 30 big movies to its library
Bad Sisters stars snap back at New York Times article that called them British actors
Temperatures set to drop to freezing this weekend as Christmas predictions emerge
The JOE Friday Pub Quiz: Week 323
You may also like
3 days ago
Prime Video reveals its line-up of new shows and movies arriving in December
4 days ago
One of the best movies of the decade has just been added to Netflix
4 days ago
Prime Video has just added 26 very big movies to its library
1 week ago
TG4 reveals full line-up of movies airing over Christmas and New Year's
1 week ago
All of the big new Netflix movies and shows arriving in December
1 week ago
You can watch Netflix's new heist series NINE MILLION different ways
Next Page