'If Fine Gael or Fianna Fail have an answer, I'd love to hear it.'

Every major event will have an impact on entertainment, as art reacts to the real world, reflecting back the influences of our reality. Just look at how Hollywood went dark-and-gritty with the Hollywood blockbusters to arrived in the wake of 9/11. The same will inevitably be said for the new shows and movies that will be released in a post-pandemic world, or in the case of the new take of War Of The Worlds, a still-happening-pandemic world.

Gabriel Byrne and Daisy Edgar-Jones headline the sci-fi thriller series, which sees humanity under attack by an invading entity that, as it turns out, was right here in our midst all along.

END_OF_DOCUMENT_TOKEN_TO_BE_REPLACED

We imagine that for the next while, any movie or show that features empty, desolate streets will immediately call to mind the early stages of the lockdown for most viewers, but the new take on the classic sci-fi story will be trying to keep you on the edge of your seat rather than just remind you of the world outside your window.

The first season of War of the Worlds is available on Disney+ right now, and the second season arrives on Friday, 16 July, and you can check out the trailer right here:

Are you one of them? 😲 War of the Worlds Season 2 streaming July 16 only on Star on Disney+. pic.twitter.com/Jzp8YJ8MWa

END_OF_DOCUMENT_TOKEN_TO_BE_REPLACED

In the run-up to the second season's release, JOE was able to take part in the global press conference for the show, which included getting to ask Irish acting legend Gabriel Byrne how he thinks the Irish people - as well as specifically the Irish government - might react  to a post-apocalyptic situation.

Byrne told us: "None of us know what we're capable of. Are we essentially heroes or cowards? Do we know the answer to that? We can be heroic in certain ways, but we can be cowardly in others.

"Now, in relation to how governments react to crisis, there are people warning all the time about potential catastrophes, and people were warned about the possibility of the pandemic. It was only a matter of time. I think Bill Gates had some Ted Talk where he said that this was going to happen. 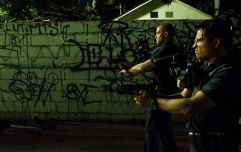 END_OF_DOCUMENT_TOKEN_TO_BE_REPLACED

"Mankind has always been susceptible to plague. They were writing about it in Roman times, all of the great philosophers were writing about how do we deal with a pandemic. The Black Plague in the Middles Ages, the Spanish Flu after the first World War. We are susceptible as a species to the invasion of foreign threats.

"How well prepared are we for that? In terms of nuclear accident, never mind a nuclear war; I remember when I was growing up, we were told that if the world went up in a nuclear explosion- and in 1962, that was a real possibility. Because the world came to the brink of nuclear annihilation.

"And it was one man in Russia who didn't give the information to [former Premier of the Soviet Union] Khrushchev that saved the world. That man died about three years ago, a true hero of the 20th century, he's one of the reasons why we're all still here.

"Scientists, historians, anthropologists, sociologists, psychologists; these are roles that are not really respected in the world that we live in. But yet those people can predict, through the patterns of society, what may or may not happen, and can advise governments and say 'Get yourselves ready'.

"Because one of the things that is happening now in America is that there is an awareness that there will be another [pandemic] coming, and one of the encouraging things is that the government is saying 'How do we prepare for this? We've got to be able to know that we can roll out vaccines, that we can develop them, that we can distribute them', all that stuff.

"In a post-apocalyptic situation, if a nuclear bomb went off, just even one small nuclear bomb went off? Everything that we know that is law and order and logic and faith would be irrelevant, because it would just be about survival. And the strongest instinct that man has is the life-force to survive, and in order to survive, man is capable of doing anything.

"Look at that crash that happened in the Andes in 1962, with that rugby team, when they were forced into cannibalism. The will to survive is powerful. But if none of the institutions and the social order exists, who are we? Are we heroes? Cowards? Survivalists? Do we raise the white flag of despair? The answer is we don't really know.

"But if Fine Gael or Fianna Fail have an answer to that, I'd love to hear it."

You can check out our full chat with Gabriel Byrne right here: