Easter is coming, and it's coming in the form of extremely cheap chocolate.

The countdown to Season 8 of Game of Thrones is now well and truly underway, as we are less than a month from the first episode of the final season.

The internet is rife with theories and speculation about what is going to come next for the show. Who's going to finish on the Iron Throne? Who will survive until the end? Will there be a happy ending for ANY of our beloved characters?

END_OF_DOCUMENT_TOKEN_TO_BE_REPLACED

But all of that can wait for the time being. This is what you should be worrying about.

Deliveroo have launched a series of Game of Thrones themed Easter eggs, just in time for the ultimate season of the epic show.

The eggs themselves are modeled after the dragon eggs that we first see in season one, that we came to know and love as Drogon, Viserion and Rhaegal, and will be available from 14 April. 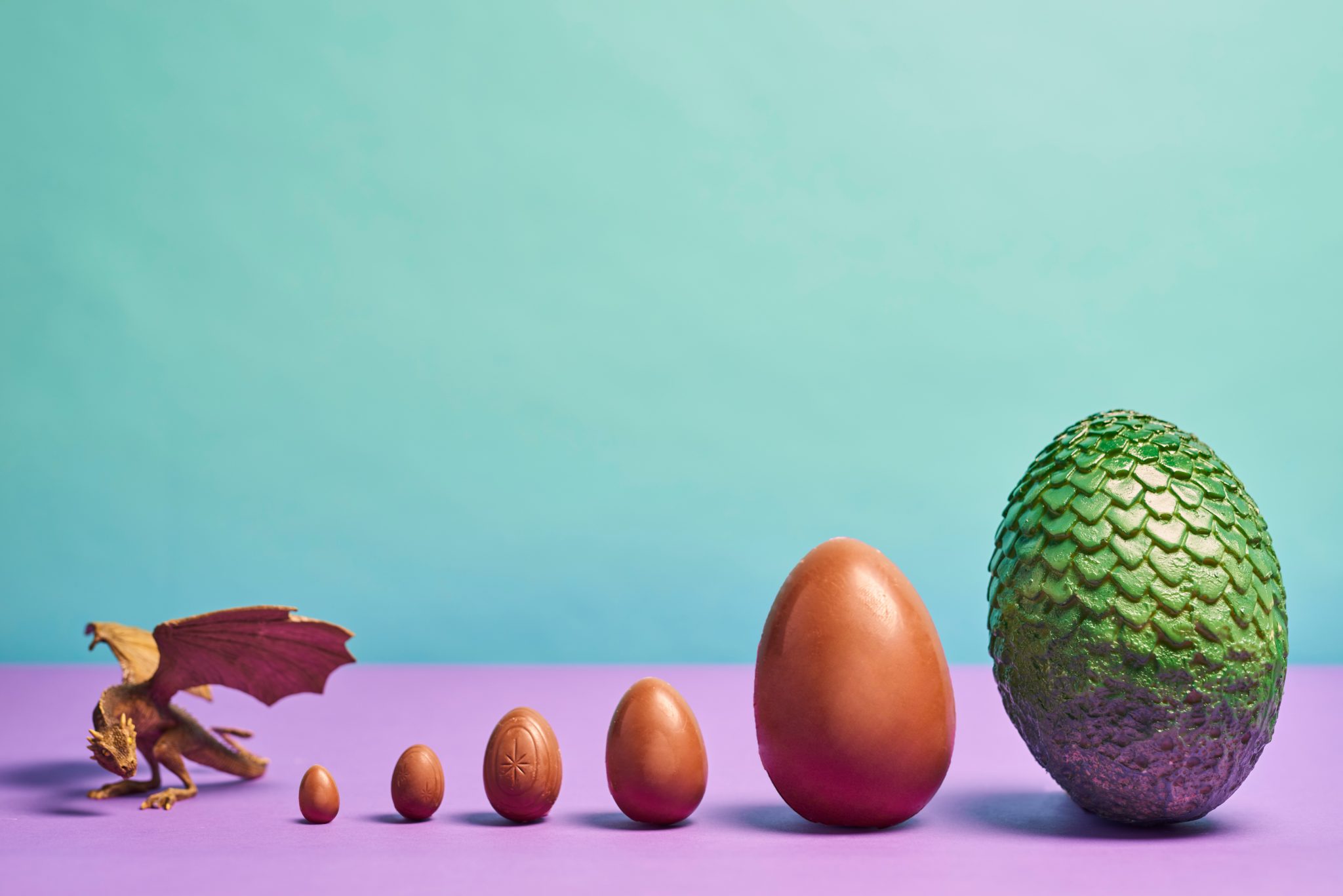 Available in Dublin and Cork, the eggs will be hand-crafted and painted from Fairtrade white chocolate, weighing one kilogram and measuring 20cm in height, and will only cost you 80c per egg.

Joe Groves at Deliveroo said: "Easter is coming and so is the final series of our favourite blood-soaked romp. We see huge spikes of orders around season premieres and finales and we thought what better way to celebrate hardcore fanboys than with these amazing scaley creations."

The Big Reviewski || JOE · Matt Damon, Camille Cottin, Abigail Breslin and director Tom McCarthy discuss new drama Stillwater
popular
Leo Varadkar said he tried to be "extra careful" while attending Katherine Zappone's 50 person function at hotel
Scientist says decision to go ahead with communions and confirmations could lead to "super-spreader events"
Netflix unveils its full list of classic movies arriving throughout August
Netflix has quietly added 12 great movies to its library today
1,314 new cases confirmed across Ireland as total of deaths related to Covid-19 climbs to 5,044
WATCH: Matt Damon reacts to Dalkey bar creating a cocktail called The Matt Damon
Katherine Zappone hosted 50 friends, including Leo Varadkar, at five-star Dublin hotel days before envoy appointment
You may also like
1 day ago
Netflix unveils its full list of classic movies arriving throughout August
1 day ago
The new version of The Equalizer is available to watch at home today
2 days ago
One of the best sci-fi films ever is among the movies on TV tonight
2 days ago
Tom Hardy and Woody Harrelson face off in new trailer for Venom: Let There Be Carnage
2 days ago
Mrs. Trunchbull had the WORST time making Matilda, which turns 25 years old this week
2 days ago
Zola review: The coolest movie of 2021 has arrived
Next Page