There's far more to Westeros than you know.

It's clear that you're a Game of Thrones fan, but on the off chance that you're still holding onto the hope that your favourite members of House Stark will live a long and happy life, consider this to be your spoiler warning.

As we now know, Winter is finally here and with that comes the fact that Game of Thrones has a definitive ending in sight with two more seasons left. George R.R Martin is already planning for life beyond the Seven Kingdoms, but fear not because we've also been given a very encouraging update on some potential GOT spin-offs.

The success of the show, both critical and commercial, is astronomical and we're certain that HBO would love to continue filming in this realm because after all, there has been more than one clash of kings in Westeros.

Here's some potential spin-offs that would be an absolute treat for Game of Thrones fans.

The timeline:  Seventeen years before the Game of Thrones begins.

You know nothing....but:  Prince Rhaegar's abduction of Lyanna Stark causes the realm to descend into chaos as the Mad King Aerys sees his position on the Iron Throne being threatened from all sides. The decision to execute Lord Rickard Stark and Brandon Stark definitely doesn't help the Targeryn dynasty.

Would work because: Bran's flashbacks have already given us a taste of what's in store during Robert's Rebellion and fans will already be familiar with the main characters and events. How cool would it be to see a kick-ass version of Robert Baratheon fighting alongside a younger Ned Stark?

Every marriage, alliance and grievance in Game of Thrones was forged during this period and who wouldn't want to see the depths of insanity that the Mad King went to? 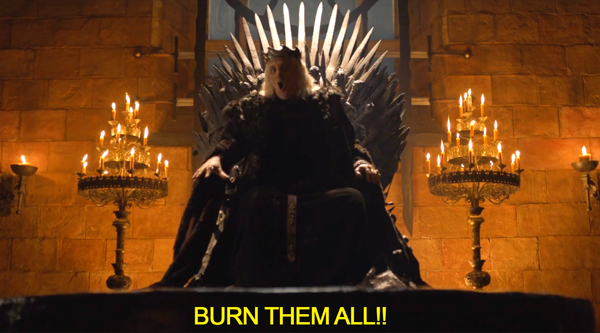 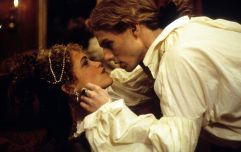 END_OF_DOCUMENT_TOKEN_TO_BE_REPLACED

The timeline: Eight thousand years before Aegon's Conquest (the Targareyn who created the Iron Throne).

You know nothing...but: The origin story of how Westeors learned about the White Walkers would be incredibly interesting to see. How did a frayed alliance of the Night's Watch, the First Men and the Children of the Forest contain the army of the dead?

We also get to see the construction of The Wall, The Night King kicking ass and learn how the legend of Azor Ahai, and his sword Lightbringer, came into being.

Would work because:  Thousands of people died during this conflict and we still know very little about the White Walkers. This show would definitely turn heads.

The Doom of Valyria

END_OF_DOCUMENT_TOKEN_TO_BE_REPLACED

The timeline: A century before the Targaryen Conquest of Westeros.

You know nothing...but: How did the most advanced civilization in Westeros descend into a century of blood, chaos and utter annihilation? It's said that the land is still haunted by demons and that any sailor who sees its mountains will die soon after.

Compare this to the vibrant, thriving and progressive ancestral home of House Targaryen, House Celtigar, and House Velaryon. Valyria could easily be adapted to the small screen, but which period would you prefer to see, the past or present?

Would work because: There will be dragons and lots of them. In fact, during its pomp, there was incredible tension between these three Houses of dragonlords. Valyria's ultimate destruction has the potential to make the scenes at Pompei and Atlantis look like a small spell of bad weather.

The Tales of Dunk and Egg

The timeline: 89 years before the events of Game of Thrones.

You know nothing...but: The stories relate to the adventures of the hedge knight Ser Duncan the Tall, who would become a legendary member of the Kingsguard, and his squire Egg, who would become King Aegon V Targaryen of Westeros. George R.R Martin has already spoken about adapting these novels. Speaking with Entertainment Weekly, he said "each of the novellas could easily be done as a two-hour standalone movie for television; that would probably be the ideal way to do them, rather than as an ongoing weekly series".

Would work because: It already exists on paper so there's a very definitive narrative in place for anyone to adapt. Game of Thrones fans will also be familiar with some of the characters in the series, like Walder Frey and Maester Aemon. 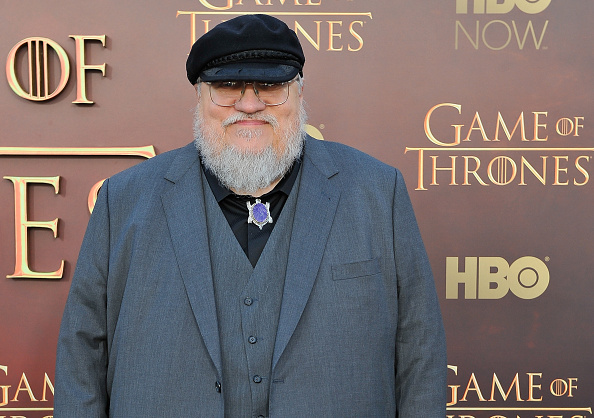 You know nothing...but:  He was the first Lord of the Seven Kingdoms and king on the Iron Throne, having conquered six of the Seven Kingdoms during the Conquest. Despite his fame, bravery and military nous, Aegon remained a mystery because very little is known about him. This being said, Aegon's relationship with his two sisters makes Jamie and Cersei relationship look normal in comparison.

Would work because: We get to see plenty of dragons, violence and war while the central character remains an enigma. Dorne remained openly defiant to Aegon's rule also, so it's good to see that there's a very definite and real rivalry, while we also get a look at Dragonstone in all of its glory.

Any potential series could also act as a very cool precursor to the Blackfyre Rebellions and that would be something truly special. In case you didn't notice, we really like dragons.

Knights of the Seven Kingdoms

The timeline: Could be set anytime.

You know nothing...but: While it may infringe on some of the conflicts that we've mentioned above, it would be incredibly cool to have a proper origin story for knights like Ser Barristan Selmy, Ser Arthur Dayne, Sandor Clegane (The Hound) and Bronn.

Every Game of Thrones fan must absolutely love Bronn and yet so much remains unknown about his past and family. Any spin-off show that can provide combat like this is a winner in our eyes.

PS: We also really love the title that we just pitched.

Would work because: Just look. Can you imagine the potential of what could be done?

The timeline: Cersei Lannister has been overthrown and the Lady of Bear Island sits on the Iron Throne.

You know nothing...but: To be honest, we know nothing about what her future has in store, but we really hope that it's a bright one. Lyanna's loyalty, toughness and withering comebacks would make her a superb queen of the Seven Kingdoms. Cue George R.R Martin deciding to kill her off.

Would work because: She already has her fans. Make it happen!

So... @HBO can we talk about a possible Lady Lyanna Mormont spinoff show? B/c she was the star of #GameofThrones season 6.

The world that George R.R Martin has created is so vast that it's almost impossible to narrow the scope of any potential spin-off down to just one specific period or character, but still, what would you like to see in any Game of Thrones spin-off?