There appears to be no lack of appetite for Game of Thrones.

For months now there has been fevered anticipation from fans of HBO's Game of Thrones as we get closer and closer to the release of the latest and final season of the show.

Who will take the Iron Throne? Will the humans be able to forge and maintain an alliance against the undead army marching from beyond The Wall? Will we finally get to see one of the dragons breakdance? These are all questions that viewers have been asking since the end of season seven.

Few television series have captured the public's collective imagination as well as this adaptation of George R.R. Martin's series of books, with fan theories already sprouting up about what will happen in the show's final season.

We got our first taste of what that may be on March 5, when HBO released the first official trailer for season eight.

We had received a few seconds here and there, but this - coming in at 1 minute, 53 seconds - was by far the most substantial suggestion of what the future of the show holds.

In the trailer we see all the biggest figures from the show - including a terrified Arya Stark being chased by an unseen figure and Jon Snow and Daenerys Targaryan marching behind an army - in what amounts to one of the most tantalising trailers the series has seen yet.

The trailer is here. #GameofThrones pic.twitter.com/L48jOwsUzn 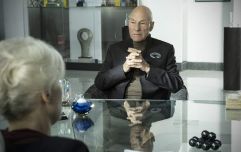 END_OF_DOCUMENT_TOKEN_TO_BE_REPLACED

It appears to have done the job too, because the trailer has already broken records, being viewed more than 81 million times across all platforms, including Twitter, Facebook, YouTube and Instagram in the first 24 hours after its release.

That breaks the record previously held by season seven of the show, which racked up 61 million views in a single day after hitting the internet.


popular
QUIZ: How well do you know Will Smith's movie career?
The JOE Friday Pub Quiz: Week 174
Met Éireann issue low temperature weather warning for 25 counties
More bad news for gamers as another two of 2020's biggest games get pushed back
Boozy holidays in the Balearic Islands will change as new laws crack down on alcohol-fuelled trips
Temperatures drop to -4 as weather warning is in place for 17 counties
QUIZ: How many of these Disney Channel TV shows can you name?
You may also like
5 hours ago
OFFICIAL: Season 3 of Killing Eve will premiere in April
6 hours ago
Here are all the best movies on TV today
8 hours ago
David Attenborough's spectacular new documentary will be shown in Irish cinemas with a Q&A after
21 hours ago
COMPETITION: Win tickets to a Special Preview Screening of Clint Eastwood's new movie, Richard Jewell
1 day ago
15 films from the last 15 years that legitimately deserve to be on the Leaving Cert
1 day ago
Here are the 8 best movies on TV this Friday
Next Page