EXCLUSIVE: Gerard Butler and 50 Cent talk Den Of Thieves, P.S. I Love You and who is the best shot

'There was a perfect hole in his head, and I have it framed on my wall.'

It isn't every day you get invited to Manhattan to chat to Gerard Butler and Curtis "50 Cent" Jackson about their new action thriller, but that is exactly what happened a few weeks ago.

In Den Of Thieves, Butler and Jackson play two men on opposite sides of the law, but in the interview, they couldn't have got along any better. 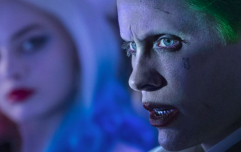 END_OF_DOCUMENT_TOKEN_TO_BE_REPLACED

Butler plays an agent attempting to bring down a gang of highly trained bank robbers (of which Jackson is a member), and he'll do it by any means necessary.

There are some incredible shoot-out scenes in the movie, which along with the bank robbery angle and the Los Angeles setting, automatically brings Heat to mind.

Knowing that they had such major action scenes coming up, they were all sent to boot camp to get proper training, but we had to know, which one of them was the better shot?

Also, since we travelled all the way to New York to chat to them, we had to talk to Butler about his days shooting P.S. I Love You in Ireland, which is closing in fast on its 10 year anniversary. 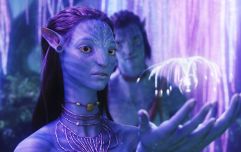 QUIZ: How well do you remember Avatar?

END_OF_DOCUMENT_TOKEN_TO_BE_REPLACED

Additionally, we chatted to Jackson about what it was like working with Oscar-nominated Irish director Jim Sheridan (In The Name Of The Father) on his semi-biopic tale Get Rich Or Die Tryin'.

To say that his answer isn't pretty is a bit of an understatement.

Check out our chats with the guys below:

In case you haven't seen the trailer yet, check it out below.

popular
Two new 24-hour bus services are coming to Dublin
Jeffrey Dahmer’s dad thinks he knows what’s to blame for son becoming a serial killer
QUIZ: Test your knowledge with this Ultimate Friends Character Quiz
Power-ranking the House of the Dragon characters after THAT big fire
House Of The Dragon is already better than Game Of Thrones
€600 energy credits and free schoolbooks for children set to be announced in Budget 2023
An underseen disaster film is among the movies on TV tonight
You may also like
5 days ago
One of the best films nobody went to see turns 15 years old this week
1 week ago
WATCH: Powerful Sinead O’Connor documentary primed for Oscar glory
1 week ago
Disney reveals cinema release schedule all the way up to 2028
1 week ago
Upcoming Matthew McConaughey true-life soccer movie axed due to "disturbing allegations"
1 week ago
A brand-new old-school rom-com and 6 more movies & shows to watch this weekend
1 week ago
WATCH: Brad Pitt and Margot Robbie return to Hollywood in the coke-fuelled Babylon
Next Page