Ever since the First Look video dropped, we've been beside ourselves with excitement over the Nintendo Switch.

After the mega success of the Wii and the mild disappointment of the Wii U, Nintendo really had to pull something special out of the bag, and while it's too early to tell, it certainly looks as though they might have done it with the Switch.

So it's about time we had a bit of a closer look at it, right?

Which video game do you think would make a great movie?

END_OF_DOCUMENT_TOKEN_TO_BE_REPLACED

The game looks like a lot of fun, and it makes so much sense to have Mario on iPhone (sorry Android users, Super Mario Run is iOS exclusive right now).

Just to make things more interesting, Reggie brought the man responsible for Mario, Zelda and a host of legendary Nintendo games Shigeru Miyamoto along to see how Jimmy did. No pressure, right?

But that wasn't the only surprise in store for Jimmy: he got to play the new Legend of Zelda game Breath of the Wild on the new Nintendo Switch. In front of the man who created Zelda. Well, shit.

Here it is, folks! 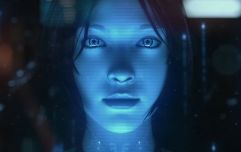 END_OF_DOCUMENT_TOKEN_TO_BE_REPLACED

This is the first time we've seen the new console up close and personal, and it's certainly got our attention. Reggie gave Jimmy a quick demonstration of how you can switch between the TV screen and the portable tablet screen, and if the demo is to be believed, it looks completely seamless.

We also got a look at the new Zelda game, Breath of the Wild, on the big screen...

...and the small screen

The Nintendo Switch is launching in March 2017, with more details to be revealed on January 12th. We only have one question, though: why isn't it March 2017 yet?!

Check out the full video here:

The Big Reviewski || JOE · The Big Reviewski with Ray Liotta, Goodfellas facts & Tom Hanks making us cry
popular
The JOE Friday Pub Quiz: Week 262
The 50 most iconic songs of all time* have been revealed
Jason Byrne forced to cancel tour dates due to a heart condition
QUIZ: How well do you know the life and work of Denzel Washington?
BBC reporter Phil McCann responds after going viral
The five best true crime documentaries to watch on Netflix this weekend
BBC reporter covering petrol shortage called Phil McCann
You may also like
3 months ago
Taking a look at the seven huge games trailers that dropped this week
4 months ago
Returnal is either the best game or the worst game of 2021, depending on what type of gamer you are
4 months ago
New study shows Ireland among the world's top video game cheaters
6 months ago
WATCH: The first trailer for Aliens: Fireteam has arrived
9 months ago
KFC has launched a games console with a built-in chicken warmer
10 months ago
Assassin’s Creed Valhalla review: The best in the series so far
Next Page