They're set to be gas.

The latest series of Gogglebox Ireland is well and truly underway and as a new episode airs on Wednesday, there is set to be a brand new family joining the series.

The brother and sister duo Conor and Emma Lynch are set to appear on the series starting from this week's episode with the cameras heading into their home in Bettystown in Meath. 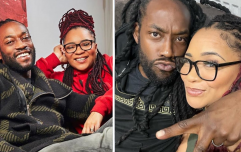 END_OF_DOCUMENT_TOKEN_TO_BE_REPLACED

The self-proclaimed best friends are fans of heading on road trips together as well as bopping away to the likes of Doja Cat, Harry Styles and Lady Gaga while they hit the road.

Emma works in finance while Conor is on his way to college to study IT.

The siblings are huge fans of watching TV together as they have a keen interest in the same shows, especially when it comes to reality TV and say they have the same sense of humour.

Their favourite reality shows to watch together are Drag Race, Bake Off and Dance Moms and they also love to sit down and watch The Chase and Derry Girls.

The pair are set to appear on the new series of Gogglebox Ireland on Wednesday at 9pm on Virgin Media One and Virgin Media Player.