Here's the line-up for this week's Graham Norton show

A very strong line-up that includes, among others, the man born Lewis Marc Capaldi... 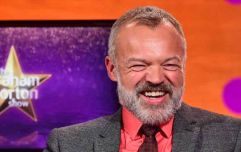 END_OF_DOCUMENT_TOKEN_TO_BE_REPLACED

You've got The Late Late Show, which, as ever, boasts a bill perhaps best described as "strangely eclectic".

Over in the UK, Brexit finally looms in an official capacity.

We'll always have Graham Norton, though, even if his show is on at a slightly later time this week.

As is often the case, it's a star-packed edition, so let's see who's involved, shall we? 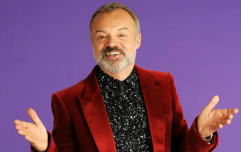 END_OF_DOCUMENT_TOKEN_TO_BE_REPLACED

JOE favourite Lewis Capaldi will be in the house for a chat and to perform his latest chart-dominating single 'Before You Go'.

Also involved; Hollywood royalty in the form of Margot Robbie and Jim Carrey. The former will be chatting about her return to the role of Harley Quinn in Birds of Prey, while Carrey will shine a light on stepping into the cartoonish shoes of Sonic the Hedgehog villain Dr Robotnik.

Not to be left out of any acting-based conversation is Daniel Kaluuya, who has gone from strength to strength since his deserved Oscar nomination for Get Out a couple of years back.

Alongside co-star Jodie Turner-Smith, Kaluuya will be talking up his latest role in tense drama Queen & Slim, for which JOE also had the chance to chat with him about - check that out right here.

All in all, pretty good.

The Graham Norton Show is on BBC One at 11.15pm