This is the time of year that movie lovers start to get excited again because they know it means that the really good stuff is on the way.

However, the last few months of 2017 is also filled with potentially brilliant blockbusters too, so there is a very healthy mix of stuff still to come between now and the end of December. 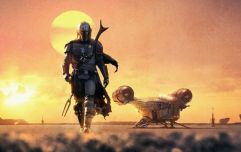 The Mandalorian – The Ultimate Fan Quiz

END_OF_DOCUMENT_TOKEN_TO_BE_REPLACED

Keep in mind that a lot of the really Oscar-y stuff tends not to be released in Ireland until January, and we'll definitely be writing up an Oscars prediction piece closer to the time.

Until then though, here are 12 movies still to come in 2017 that we're very excited about, starting with:

Why So Excited? It has Jennifer Lawrence, Javier Bardem, Michelle Pfeiffer, Ed Harris and Domhnall Gleeson in an intense, psychological horror from the director of Black Swan. The certification board gave it an increasingly rare rating of 18, marked for the heavy use of violence, sex, drugs and swearing (the four main food groups of getting the most adult rating going). The plot has been kept mostly underwraps, but early word is that this may be the first horror movie to get proper Oscar attention since The Silence Of The Lambs. 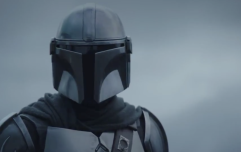 END_OF_DOCUMENT_TOKEN_TO_BE_REPLACED

Why So Excited? Because the first one was so much damned fun, and the additional cast members this time around -Channing Tatum, Julianne Moore, Halle Berry, Jeff Bridges - point towards it being even more fun this time around. Plus, we're really curious to see how exactly Colin Firth is back in the mix considering how things went in the first one... 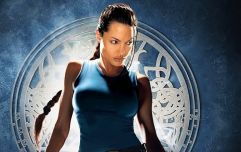 END_OF_DOCUMENT_TOKEN_TO_BE_REPLACED

Why So Excited? 35 years since the original, and we're finally getting back into the futuristic world of replicants and the folks hired to hunt them down. Harrison Ford is back as Deckard, joined by Ryan Gosling, Jared Leto and Robin Wright, this time directed by the genius you brought us Sicario, Prisoners and Arrival. We're sure you've checked out the trailer a million times already, so why not watch this prequel mini-movie that is setting up events that took place before the movie begins...

Why So Excited? We all love a good chilly murder mystery, and The Snowman definitely has a feel of The Girl With The Dragon Tattoo about it. Not only because it too is based on a best selling Scandanvian author's book, but has an incredible director behind it (Tomas Alfredson, the guy who gave us Tinker Tailor Soldier Spy and Let The Right One In), and a fantastic cast working on a plot revolving around a truly terrifying, twisted serial killer. Check out the brand new trailer below:

The Death Of Stalin

Why So Excited? Anything that Armando Iannucci puts his name too, you're guaranteed is going to be hilarious. He previously gave us the knockout political comedies The Thick Of It, In The Loop and Veep, and now he's tackling a major historical moment with his trademark vicious sense of humour. The cast is hugely impressive and clearly are all bringing their A-Game, but more than anything, we're just waiting to hear Iannucci's latest insults he has the actors fling at each other. Nobody can write a withering put down quite like him.

Call Me By Your Name

Why So Excited? Ever since it was first screened in festivals a few months ago, everyone who has seen this movie has ear-marked as the most likely winner of next year's Best Picture Oscar. It has a near-perfect 98% on Metacritic (practically unheard of these days), and the story of two men who spend a summer together in Italy and are helpless in the evolution of their friendship into something much more has already been breaking hearts left, right and centre.

Why So Excited? Despite their best efforts, Thor has been the superhero that hasn't quite taken off in the way that some of the other standalone Marvel movies have. Third time's the charm though, with the director of What We Do In The Shadows and Hunt For The Wilderpeople bringing his unique sensibilities to a massive scale action flick which features Cate Blanchett in full Evil Drag Queen mode, and, according to this new Japanese trailer, a few more surprises are also tucked away in there somewhere...

Why So Excited? We absolutely LOVED the first movie, which was just the right mix of feel good family film and properly hilarious comedy to win absolutely everybody over. So how do you improve upon that without it just feeling like a bit of a retread? Well, you add some of the best actors you can get your hands on, and the new additions of Hugh Grant and Brendan Gleeson fit that bill perfectly.

Why So Excited? After the critical and commercial hit that was Wonder Woman, Warner Brothers and DC are going to want to bank on that good will with Justice League, and with Joss Whedon taking over directing duties, there is a very good chance that this could be the movie that we all hoped Batman V Superman would be. Plus we finally get to spend some time with new additions Aquaman, Cyborg and (if the trailers are anything to go by) the soon-to-be-fan-favourite Flash.

The Killing Of The Sacred Deer

Why So Excited? Colin Farrell reuniting with the writer/director of The Lobster, for an intense psychological revenge horror, with added Nicole Kidman and Barry Keoghan? There is so much to get excited about here, and it is almost impossible to imagine another film that viewers will be talking about quite as much as this one once they get their eyes on it.

Why So Excited? Really? Do we really have to answer that?

Why So Excited? Aaron Sorkin is making his directorial debut with this, which is a big deal, as he is the writer of The Social Network, The West Wing, A Few Good Men, Moneyball, Steve Jobs and The Newsroom. Couple that with the fact that this is based on a true story that is one of those so-unbelievable-it-has-to-be-true deals, plus acting heavyweights Jessica Chastain and Idris Elba headlining a very impressive cast, don't be surprised to see this getting A LOT of awards attention once it gets released right before New Years.