"I’d personally love to see him reinstated as director of Volume 3."

Following Disney’s decision to fire James Gunn over “offensive attitudes and statements” that he previously made on Twitter, the director issued an apology.

“My words of nearly a decade ago were, at the time, totally failed and unfortunate efforts to be provocative. I have regretted them for many years since — not just because they were stupid, not at all funny, wildly insensitive, and certainly not provocative like I had hoped, but also because they don’t reflect the person I am today or have been for some time," he said.

EXCLUSIVE: Connie Nielsen discusses what is happening with Wonder Woman 3

END_OF_DOCUMENT_TOKEN_TO_BE_REPLACED

Gunn added: “Regardless of how much time has passed, I understand and accept the business decisions taken today. Even these many years later, I take full responsibility for the way I conducted myself then. All I can do now, beyond offering my sincere and heartfelt regret, is to be the best human being I can be: accepting, understanding, committed to equality, and far more thoughtful about my public statements and my obligations to our public discourse. To everyone inside my industry and beyond, I again offer my deepest apologies. Love to all.”

In recent days, various members of the Guardians of the Galaxy cast have shared their opinions on the issue with Dave Bautista (Drax) being the most vocal.

Chris Pratt (Star-Lord) and Zoe Saldana (Gamora) have also commented on the issue and Pratt has recently shared the cast's first joint-statement on the issue.

In a post to Instagram, he started his post by stating: "Although I don’t support James Gunn’s inappropriate jokes from years ago, he is a good man. I’d personally love to see him reinstated as director of Volume 3. If you please, read the following statement- signed by our entire cast."

The statement reads as follows:

"We fully support James Gunn. We were all shocked by his abrupt firing last week and have intentionally waited these ten days to respond in order to think, pray, listen, and discuss. In that time we have been courage by the outpouring of support from fans and members of the media who wish to see James reinstated as director of Volume 3 as well as discouraged by those who so easily duped into believing the many outlandish conspiracy theories around him."

It adds: "There is little due process in the court of public opinion. James is likely not the last good person to be put on trial. Given the growing political divide in this country, it's safe to say instances like this will continue, although we hope American from across the political spectrum can ease up on the character assassinations and stop weaponising mob mentality," the letter continued. 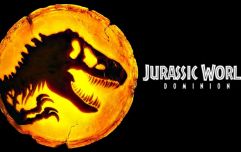 END_OF_DOCUMENT_TOKEN_TO_BE_REPLACED

You can read the whole letter below.

Guardians of the Galaxy: Volume 3 is set to be released in 2020.

Although I don’t support James Gunn’s inappropriate jokes from years ago, he is a good man. I’d personally love to see him reinstated as director of Volume 3. If you please, read the following statement- signed by our entire cast.

Advertisement
popular
Matt LeBlanc has seen the memes of him as every Irish auld lad and very much enjoyed them
The 50 most iconic songs of all time* have been revealed
The JOE Movie Quiz: Week 106
PICS: The man with the biggest penis in the world has one unbelievable problem with it
People think they've figured out the ranking of the viewers on your Instagram Stories
Novak Djokovic gives the low down on the diet that made him world number one
Tech Corner: Google gambled with the Pixel Buds A-Series, but it paid off
You may also like
6 days ago
Cinema owners call for increased capacity as they reopen for first time this year
1 week ago
A Quiet Place Part II review: You NEED to see this in the cinema
1 week ago
The identity behind that secret baddie in Hobbs & Shaw
1 week ago
EXCLUSIVE: Angelina Jolie loved working with Barry Keoghan on Marvel's Eternals
1 week ago
The Conjuring 3 review: Just as scary, but twice as silly
1 week ago
Cillian Murphy discusses what to expect from A Quiet Place Part Three
Next Page