Guardians of the Galaxy Vol 3 put on hold indefinitely

Director James Gunn was removed from the project in July.

For my money at least, the Guardians of the Galaxy movies are secretly the best thing the Marvel Cinematic Universe has to offer.

They are just far enough divorced from the Earth-bound activities of the Marvel films to give them that little bit of leeway to be that bit weirder.

END_OF_DOCUMENT_TOKEN_TO_BE_REPLACED

To have talking tree people and gun-toting raccoons become lovable characters and end a big summer action movie in a dance-off instead of a fight scene.

Coupled with a game, diverse cast, and a cracking soundtrack, both GotG movies are arguably the most fun and rewatchable movies in the MCU.

Yet despite their critical and financial success – and the Guardians being one of the best parts of Infinity War – things behind the scenes on the GotG films have not run smoothly of late.

In July, old tweets from director James Gunn were unearthed where he made frequent jokes about rape and paedophilia, and he was fired from the third movie by Disney.

The decision was not well received by many, however, not least the cast of the films.

Gunn had been a very vocal critic of Donald Trump, and the tweets were brought to light by right-wing site the Daily Caller, seemingly targeting Gunn because of his outspoken politics.

Dave Bautista, who plays Drax The Destroyer was a vocal defender of Gunn.

I will have more to say but for right now all I will say is this..@JamesGunn is one of the most loving,caring,good natured people I have ever met. He’s gentle and kind and cares deeply for people and animals. He’s made mistakes. We all have. Im NOT ok with what’s happening to him 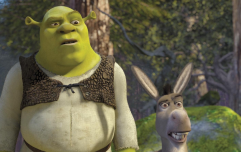 END_OF_DOCUMENT_TOKEN_TO_BE_REPLACED

The entire cast then released a letter supporting Gunn, saying that he had grown as a person and he should not be judged on jokes that were nearly a decade old.

This tension between the cast and the higher-ups at Disney did not bode well for the third film. 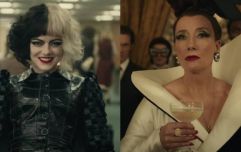 END_OF_DOCUMENT_TOKEN_TO_BE_REPLACED

Gunn was already working on Guardians of the Galaxy Vol 3.

It was due to film early next year, and a 2020 release date had been predicted by many. Now, The Hollywood Reporter says that production has been put on hold.

A source said that crew members prepping for pre-production are being let go, and told they can work on other projects.

The move was described as a "regrouping", and that "the timeline has been pushed out".

There has been much speculation about who may replace Gunn in the director's chair - THR also cite a source as saying that Thor: Ragnarok director Taika Waititi recently had a meeting with Marvel, though the nature of the project was unclear.

popular
Sinn Féin affordable housing bill passed as Government forgets to vote on its own counter-motion
The 50 most iconic songs of all time* have been revealed
TV reporter rescues stolen dog live on air while reporting on its theft
10 bad movies that actually got good reviews when they were released
Negative review of Shrek on its 20th anniversary sends Internet into meltdown
Aer Lingus to permanently close its base at Shannon airport
People think they've figured out the ranking of the viewers on your Instagram Stories
You may also like
16 hours ago
Drive turns 10 years old, so here are 10 little known facts about the cult classic
2 days ago
Lost or The Leftovers: the Irish stars of The Nevers discuss the show's central mystery
2 days ago
Dave Bautista talks about Sheamus' potential future in Hollywood
2 days ago
The JOE Movie Quiz: Week 102
3 days ago
Here are the best movies on TV this evening
3 days ago
The reasons why Vin Diesel didn't return as Dom for 2 Fast 2 Furious
Next Page