It's been 40 years since he first struck absolute terror into countless cinemagoers, and 9 since his last rampage, so buckle up, because the masked murderer Michael Myers is coming back.

Universal Pictures have just released the first official poster for the new Halloween movie, which is due out on 19 October 2018.

END_OF_DOCUMENT_TOKEN_TO_BE_REPLACED

Produced by the original director and master of horror, John Carpenter, Halloween will see Jamie Lee Curtis reviving her iconic character, Laurie Strode as she prepares to do battle one last time with Myers.

Absolutely, but let's pretend none of that happened.

As it turns out, this latest installation in the massively successful franchise will be disregarding quite a few of the sequels and Rob Zombie remakes in order to give us exactly what we want.

Directed by David Gordon Green (Pineapple Express), who penned the script with Danny McBride (This Is The End, Alien: Covenant), the movie is also set to star Judy Greer as Laurie's daughter Karen, and Andi Matichak (Orange is the New Black) as Laurie's granddaughter, Allyson.

So without further ado, check out the first official poster for the movie: 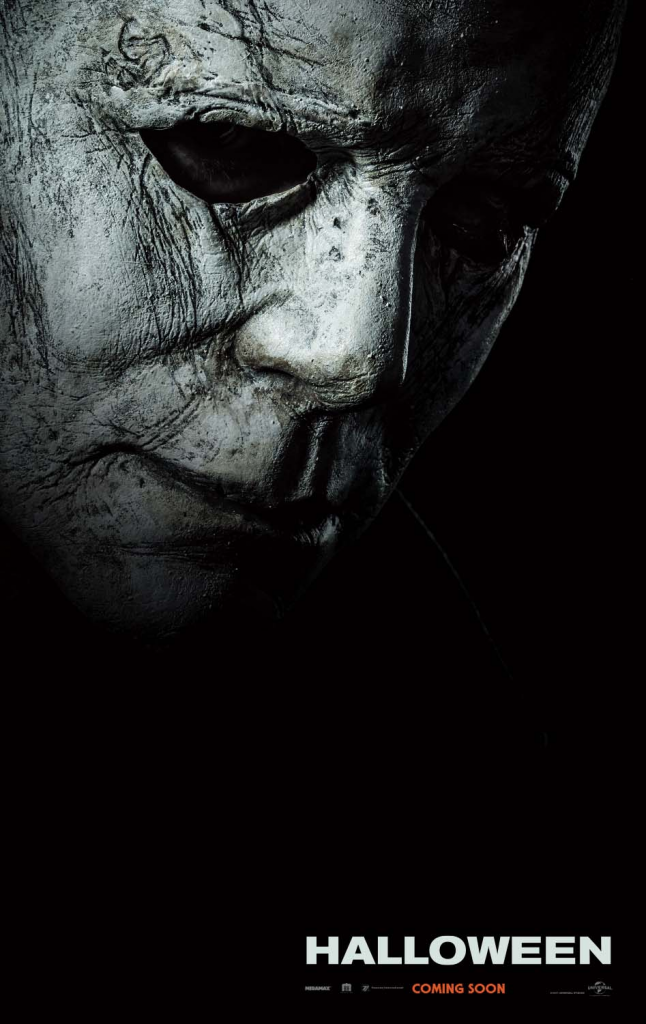 The Big Reviewski || JOE · The Big Reviewski with Dune, a mini-Hangover reunion & the best of Timothée Chalamet
popular
Alec Baldwin fatally shoots woman with prop gun on movie set
Christy Moore has announced 10 nights at Vicar Street starting next month
Dublin museum voted Europe’s leading visitor experience... again
HBO announces a new Sopranos series is in the works... kind of
QUIZ: Can you name all the countries beginning with L?
CONFIRMED: Nightclubs to open at 100% capacity, 11.30pm curfew has been removed
Here's the lineup for this week's Late Late Show
You may also like
17 hours ago
Expect an unseasonably warm Halloween as temperatures to reach 17 degrees next week
22 hours ago
COMPETITION: Win tickets to this Dublin haunted house party with free cocktails, food and a live DJ
2 weeks ago
Netflix has added 17 spooky new movies to its library just in time for Halloween
2 weeks ago
Seven great family-friendly scary movies to watch at home this October
3 weeks ago
31 best horror movies of the 21st century so far
3 weeks ago
Micheál Martin used to think bonfires were "the bee's knees" but now wants them "eliminated"
Next Page