Released on New Year's Day, pretty much every Harry Potter fan in Ireland sat in to watch the reunion special, Return To Hogwarts.

Created to celebrate the 20th anniversary of the release of the first Harry Potter movie, the special featured almost every major player involved in the movies, but it didn't take fans of the franchise very long to spot that there had been one or two boo-boos overlooked.

END_OF_DOCUMENT_TOKEN_TO_BE_REPLACED

First up, during a section focusing on Hermione actress Emma Watson, an image appeared on screen that turned out to be of Emma Roberts.

It resulted in a fun back-and-forth between the two Emmas, with Watson posting the image to her Instagram account along with the caption saying "I was NOT this cute", to which Roberts replied on her account "Haha! I don't believe that!". 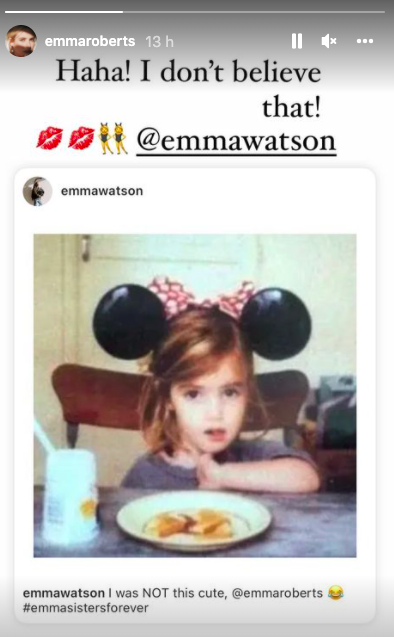 Additionally, real-life twin brothers Oliver and James Phelps - who play Fred and George Weasley - found themselves on the receiving end of a pretty meta mix-up.

END_OF_DOCUMENT_TOKEN_TO_BE_REPLACED

Throughout the films, Fred and George were constantly bamboozling those around them by pretending to be each other, and often through the series, Oliver and James did apparently play each of the characters.

However, when it came to naming them in the special, Oliver and James found themselves in a real-world mix-up, being given each other's names, which Oliver pointed out on Instagram with a good sense of humour:

END_OF_DOCUMENT_TOKEN_TO_BE_REPLACED

In the days since the errors were spotted, a newly amended version of the special has been created and uploaded for Irish viewers.

The (new and improved) Return to Hogwarts is available to watch with your NOW Entertainment Membership right now.