Another terrifying tale is on the way.

Mike Flanagan will not be happy until every single Netflix subscriber is terrified of their own shadow.

We're sure the writer/director of Hush, Doctor Sleep and The Haunting of Hill House is a very nice man, but his unique brand of atmospheric horror has really found an audience on Netflix.

He's not resting on his laurels either because he's about to conjure up more scares for the online streaming giant.

Aside from working on The Haunting of Bly Manor - the spiritual sequel to Hill House - Flanagan is also developing a new show called Midnight Mass.

Unlike its Irish ecumenical equivalent, we don't see this being a bore!

According to Entertainment Weekly, the story revolves around an isolated island community that experiences miraculous events - and frightening omens - after the arrival of a charismatic, mysterious young priest.

After reading that, we've got images of Father Jack roaming the moors of Craggy Island (well, the areas where moors would usually be) in search of the beast. 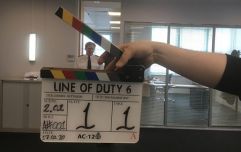 END_OF_DOCUMENT_TOKEN_TO_BE_REPLACED

Kate Siegel, who played Theodora Crain in The Haunting of Hill House, will star in Midnight Mass alongside Zach Gilford (Friday Night Lights) and Hamish Linklater (The Big Short).

At present, no release date has been set for Midnight Mass, but fans of Flanagan's next project for Netflix will not have to wait too long because rumour has it The Haunting of Bly Manor will be released in time for the Halloween season.