This week on Hector USA, he hits the road for blues country and takes to the Mississippi

The new episode of Hector USA sees him chat to a former leader of the KKK and visit the birthplace of one Elvis Presley.

Last week we saw Hector visit Alabama where he did some fishing, some pageantry and he also got to play some American Football.

END_OF_DOCUMENT_TOKEN_TO_BE_REPLACED

Hector will be meeting up with the famous outspoken football coach Buddy Stephens from 'Last Chance You' on Netflix. He is currently the head coach at East Mississippi Community College, where he has won five NJCAA national championships and coached players such as NFL players Chad Kelly and Jarran Reed.

He'll be linking up with Scott Shepherd, the former KKK leader, heading out on a sting with the Alcohol Enforcement crew in Jackson, meeting up with the Hellfighter Bikers in Laurel before getting the inside story on the obesity epidemic in the country with an early weight loss boot camp with Paul Lacoste. 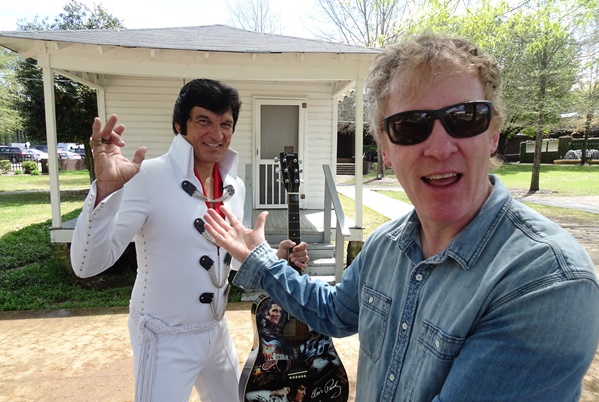 After that Hector will be hitting the road for blues country and taking to the waters of the Mississippi with John Ruskey in Clarksdale before singing some tunes with Elvis in his hometown birthplace, Tupelo.

This week's episode airs tonight (Thursday, 7 November) on TG4 at 9:30pm, or you can also catch up on the TG4 Player from anywhere in the world.

popular
Paul Murphy says there will be 2014-style mass protests if the Government re-introduce water charges
Seth Rogen shocks fans after shaving beard off
Man arrested after walking into Garda Station, spraying petrol on Gardaí and attempting to light it
Ireland seeing worst hospital overcrowding since the Covid-19 pandemic began, says INMO
The 50 most iconic songs of all time* have been revealed
Here are the best movies on TV this evening
QUIZ: Can you identify the EU country of origin from these €1 coins?
You may also like
1 week ago
QUIZ: How well do you know Ted Hastings' one-liners from Line of Duty?
1 week ago
Line of Duty's Martin Compston says Sunday's episode could be the last ever
1 week ago
Each Line of Duty copper ranked by their likelihood of being H
2 weeks ago
Netflix’s new true crime documentary could be your next TV obsession
2 weeks ago
The Ultimate Oscars Quiz
2 weeks ago
The full list of all the new shows and movies coming to Netflix in May
Next Page