We might finally be getting a movie about the scariest place in Ireland.

Leigh Whannell knows horror, having either starred in, written, or directed (or sometimes all three) in the Saw and Insidious franchises.

In fact, the only man who might know horror more than him right now is producer Jason Blum, of the iconic Blumhouse production company. He's been nominated for Best Picture at the Oscars three times already - Get Out, Whiplash, and BlackKklansman - but he's also involved in such modern creepy classics as Us, Halloween, The Purge, Unfriended, Creep, Split, Sinister and Paranormal Activity.

END_OF_DOCUMENT_TOKEN_TO_BE_REPLACED

Together, with Whannell as writer and director and Blum as producer, they're bringing us the modern take on The Invisible Man and JOE was lucky enough to sit down with them both to chat at length about that movie.

Also, when the conversation turned to horror getting more Oscar attention, Blum thinks he may have had a hand in the recent wins at the Academy Awards:

"Yeah, I think Parasite winning is real evidence of that. And I really feel like Parasite winning is... I feel like Get Out kind of seeded the ground, it let the Academy say 'Okay, it is okay to recognise genre film-making with Academy Awards', and I feel like it did a lot of the leg-work for Parasite, which I think is terrific." 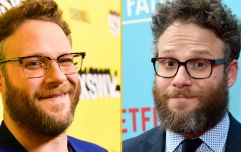 END_OF_DOCUMENT_TOKEN_TO_BE_REPLACED

The Invisible Man arrives in Irish cinemas on Friday 28 February. Check out the trailer right here.

popular
Penneys issues statement after shoppers try to sell appointments for €100
Man in his late 70s dies after fatal road collision in Westmeath
Irish punters could turn €0.98 into hundreds of millions* with a bet on the Super Jackpot
Man arrested after walking into Garda Station, spraying petrol on Gardaí and attempting to light it
Paul Murphy says there will be 2014-style mass protests if the Government re-introduce water charges
This bird looks a little bit like Michael D Higgins, and he agrees
Ireland seeing worst hospital overcrowding since the Covid-19 pandemic began, says INMO
You may also like
23 hours ago
"I don't want to be Tom Holland!" - Dave Bautista on the difficulty of keeping big Marvel secrets
1 day ago
JOE's new podcast series will be giving weekly breakdowns of The Fast & Furious Saga
1 day ago
WATCH: We get our first look at Tom Hardy's new adversary in Venom: Let There Be Carnage
1 day ago
Zack Snyder on using The Cranberries' song 'Zombie' in his new movie Army Of The Dead
1 day ago
TG4's new true crime series about murders around Ireland looks unmissable
2 days ago
Who killed Erin in Mare of Easttown? We list the suspects from least to most likely
Next Page