Supersonic, It, A Quiet Place, Ozark: Season 3, and lots more. It's going to be a good month.

With the rainfall now entering its 1,732nd consecutive day, we're going to need plenty of new TV shows and films to get stuck into. On this front, Netflix have provided plenty of options for the weeks ahead.

Here's the best of what's being added to their library in March.

Changing his name to Saul Goodman, Jimmy recruits a new crop of clients. Kim wrestles with a moral dilemma at work. Lalo's feud with Gus heats up.

An Oscar-winning classic from Studio Ghibli.

It turned 10 this week and still possesses one of the best endings you'll see in a modern thriller.

One of the best musicals of the decade.

One of the best horrors of the last decade. A perfect release date with the sequel arriving soon. 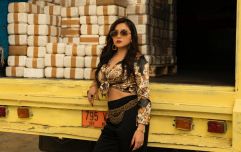 Why you should be watching… Narcos: Mexico

END_OF_DOCUMENT_TOKEN_TO_BE_REPLACED

The Emmy-winning series about a suburban family laundering millions in the Missouri Ozarks returns for a new season.

Margot Robbie and Allison Janney are excellent in this great retelling of Tonya Harding's infamous life.

Some films coming to Netflix in March 🎬

When another classmate is killed, a new investigation ensues. The students look toward their future, while the consequences of the past haunt them. 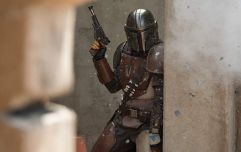 END_OF_DOCUMENT_TOKEN_TO_BE_REPLACED

Haunted by a shadowy past, the wife of a rising star in Amsterdam's mayoral office finds herself drawn into the city’s underworld of sex and drugs.

A Norwegian anthology series that blends horror with dark Scandinavian humour, setting each distinct story in its own realistic yet weird universe.

An ambitious Icelandic detective teams up with a cop from Norway to investigate a series of murders that may be connected to a heinous trauma.

100 diverse volunteers participate in experiments that tackle questions about age, gender, happiness and other aspects of being human.

Mae Martin stars as herself, a Canadian comedian living in London while navigating a new relationship and dealing with sobriety.

20 March - The Letter for the King

A young boy holds the fate of the kingdom in his hands when he embarks on a quest to deliver a secret message in this sweeping fantasy series.

20 March - Self Made: Inspired by the Life of Madam C.J. Walker

This limited series is inspired by the incredible true story of Madam C.J. Walker, who was the first African American female self-made millionaire. 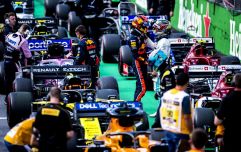 Why you should be watching… Formula 1: Drive to Survive

END_OF_DOCUMENT_TOKEN_TO_BE_REPLACED

Mystery, drama and danger hit a high school cheerleading squad ruled by brash Beth and her loyal BFF Addy when a new coach arrives in their small town.

In 1870s England, two footballers on opposite sides of a class divide forge a bond that helps bring the upper-class gentleman’s sport to the masses.

When a young woman's murder shows similarities to a decade-old cold case, a new police commander must break the silence permeating an Owl Mountain town.

A young woman flees to Berlin from an arranged marriage in Brooklyn. Then her past catches up with her.

The murder of a teenage girl impacts a public prosecutor linked to the victim, a lawyer seeking a career-making case and a suspect who says she's innocent.

A turbulent past haunts Jonas, who recalls his teenage love affair with the impulsive, twisted and yet irresistible Nathan.

When a college heartthrob is accused of rape by a less popular student, his girlfriend navigates various versions of the story in search of the truth.

Just out of prison and investigating a twisted murder, Spenser is sucked back into Boston’s underbelly. Based on the popular books; Mark Wahlberg stars.

A detective inspector is pushed to the edge while he hunts the ritualistic murderer that has been terrorising a city in Spain's Basque Country for two decades.

After moving to a new town with his mother, a teenager discovers the high-speed sport of go-kart racing, learning from a former driver with a secret past.

A mother's quest to find her missing daughter uncovers a wave of unsolved murders in this drama based on a true story. Amy Ryan and Gabriel Byrne star.

A story of intergenerational friendship and coming of age, set in the world of ultras culture during the last five weeks of a soccer championship.

In a prison where inmates on high floors eat better than those below, who get the scant scraps, one man tries to effect change so everyone gets enough.

Driven and arrogant, film director Michael Curtiz deals with studio politics and family drama during the troubled production of Casablanca in 1942.

An unemployed executive is forced to sell his apartment. When he discovers that he still has the keys, he becomes obsessed with the family that lives there and will do anything to go back to the life he had before.

As a way to prepare for disasters, family man Antoine attends a training programme on survivalism given by Alain, at his self-sufficient retreat. Apprehending a natural, economical or social breakdown, the group goes through drills meant to prepare them for apocalypses of all types. But the catastrophe waiting for them is nothing like what they anticipated.

A young man faces his father's disapproval when he pursues his dream of becoming a master sommelier instead of joining the family's barbecue business.

When two sisters open an ancient book that ushers evil into their midst, a possessed priest wrestling with his own demons becomes their only salvation.

The second season of the hit series continues to challenge both our taste buds and our minds as Chef Chang travels the world with writers and chefs, activists and artists, who use food as a vehicle to break down cultural barriers, tackle misconceptions and uncover shared experiences.

Dirty Money provides an up-close and personal view into untold stories of scandal, financial malfeasance and corruption in the world of business. This season offers a look inside Jared Kushner’s real estate empire, the Wells Fargo banking scandal and Malaysia’s 1MDB corruption case.

Juan Manuel Fangio was the Formula One king, winning five world championships in the early 1950s - before protective gear or safety features were used.

A rivalry between big cat eccentrics takes a dark turn when Joe Exotic, a controversial animal park boss, is caught in a murder-for-hire plot in this limited docuseries where the only thing more dangerous than a big cat is its owner. Read more on this one here.

In the early 1970s, teenagers with disabilities faced a future shaped by isolation, discrimination and institutionalisation.

Camp Jened, a ramshackle camp “for the handicapped” in the Catskills, exploded those confines. Jened was their freewheeling utopia, a place with summertime sports, smoking and make out sessions awaiting everyone, and campers felt fulfilled as human beings.


popular
Hozier performs 'The Parting Glass' in honour of Covid-19 victims
Andrew McGinley asks people to send letters as he struggles with self-isolation
QUIZ: Do you know the collective name for these groups of animals?
The JOE Friday Pub Quiz: Week 184
Covid-19: Government publishes list of essential retail outlets
A Bingo Loco live stream will beam to living rooms throughout Ireland this weekend
The JOE Music Quiz: Week 5
You may also like
1 week ago
RTÉ to air daily mass during Covid-19 emergency
1 week ago
A tribute to The Chase, the best TV quiz show of all time
2 weeks ago
The Late Late Show cancels live Limerick show due to coronavirus fears
2 weeks ago
Legendary actor Max von Sydow has died, aged 90
3 weeks ago
The Last of Us is reportedly being turned into a series for HBO
1 week ago
Match of the Day to return to BBC this weekend
Next Page