Idris Elba was only the beginning...

It has been well over a week since Hobbs & Shaw hit the big screen, so we assume you've seen it, or you've read the headline and don't care about spoilers, which is entirely your prerogative.

During the movie, we find out that Idris Elba's relentless 'Black Superman' isn't the big bad guy at all, but merely a powerful henchman for The Director, the leader of the mysteriously powerful group Eteon.

We never see The Director, just hear their distorted voice during their conversations with Elba, and then at the very end, telling both Hobbs and Shaw that they've already got a history together, and that they're soon going to meet again.

It is sequel bait if we've ever seen it, and considering Hobbs & Shaw has already made over $435 million at the box office after only two weeks in cinemas, we'd be very surprised if a sequel wasn't on the agenda.

However, in terms of who is playing The Director, it turns out that all options are still on the table, with director David Leitch told The Hollywood Reporter the following:

"I'll be honest: there's no final decision. I think we wanted to leave it open-ended. We have a lot of strong, creative ideas that are circling between Chris Morgan, the producers and myself. But, again, we wanted to give ourselves opportunity because it’s a first time out.

"If this was Fast Five, you’ve already built your world, and it’s good to have that cliffhanger to get into the next one. For us, we wanted to anchor our characters in two defined worlds, show the potential of this world and set it loose into the theatrical world to see how people respond.

"Then, we’ll react accordingly and say, "Hey, this is what the next movie should be." We want this thing to live on for a while, and we want these characters to have many adventures. We just felt it was too early to say, "Here's our next adventure.""

So with that in mind, we're going to plow ahead with some educated guesses as to who The Director might be, starting with our least favourite choice: 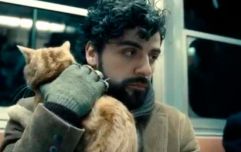 END_OF_DOCUMENT_TOKEN_TO_BE_REPLACED

Yep, she was pretty great as the submarine-controlling, dead-eyed master-villain in Fast & Furious 8, and there is obviously a technological element that makes it an easy jump to being The Director, too. But the fact that she has already been confirmed to be in Fast & Furious 9 makes us think it isn't going to be her. Plus what would be the point be in heading the big villain, only to reveal that it was a big villain we'd already met?

We get back to Samoa and meet all of The Rock's family, but he does fill us in on a story about his criminal Dad. Could there be a chance that Hobbs Senior is now a technological mastermind? It seems unlikely, especially since he was so hell-bent on killing his own son, but it would make for a very dramatic, soap-drama'y (and therefore Fast & Furious'y) twist.

We can't be the only one who thought that the distorted voice sounded a lot like Agent Locke, aka Special Guest Cameo Ryan Reynolds. Playing Hobbs' bestie, with identical chest tattoos, and recruiting him out of retirement to team up with Shaw for this mission, only to be the one to try to kill him all along doesn't make a lot of sense, but sure since when does Fast & Furious movies tie itself up in knots trying to make sense? Plus, Reynolds appeared as a favour to the movie's director Leitch (who previously directed Deadpool 2), which brings us nicely to our next guess...

Leitch also directed Atomic Blonde (starring Charlize Theron), as well as the first John Wick movie, and there had been rumours heavily circulating for a while that Keanu Reeves was going to appear in Hobbs & Shaw, but he obviously didn't appear. Or did he? Maybe this is Leitch getting all of his action stars together under one roof for one huge almighty blow out of a sequel. This would have been our favourite guess, if it wasn't for one final big swing.

Who is Sung Kang, you might ask? Well, he played Han (full name: Han Seoul-Oh. Amazing.), who you'll remember was killed off at the end of Tokyo Drift, only to reappear in the prequels (Fast & Furious, Fast Five, Fast & Furious 6, Furious 7), only to have his death scene revisited, and it to be revealed that it was Shaw (Jason Statham) who killed him! Shaw is obviously a good guy now, but imagine if he wasn't actually killed, and kitted himself out with the same techno-gear they implanted in Idris Elba's bad guy. It would explain the connections to Hobbs and Shaw, and why he wants them both dead. It would also make a fantastic reason for the Fast & Furious and Hobbs & Shaw universes to come back together for Fast & Furious 10! (Potentially set in Ireland!)

And since you're already here, why not check out JOE's chat with Shaw himself, Jason Statham:


popular
Dublin's Olympia Theatre to host Bohemian Rhapsody and The Greatest Showman sing-a-longs
QUIZ: Can you name all 14 landlocked counties in Ireland?
Gardaí warn of phone scam that could cost consumers a "small fortune"
QUIZ: How many of these Recess characters can you name?
The JOE Movie Quiz: Week 37
Kelly-Anne Byrne announces decision to leave Today FM
HBO's documentary series about the Atlanta Child Murders to air in April
You may also like
1 day ago
Bad Boys For Life has become a surprise box office hit
1 day ago
Now that the dust has settled, what were the biggest snubs from the Oscar nominations?
1 day ago
Study shows going to the cinema is the equivalent of a 'light' workout
1 day ago
Penn Badgley on the 'really strange' way they work Joe's voiceovers in while filming You
1 day ago
Here are the 8 best movies on TV this evening
1 day ago
The JOE Movie Quiz: Week 37
Next Page