If you love Bruce Springsteen, Blinded by the Light is absolutely essential viewing

Fans of The Boss need to see this in their local cinema.

If you've ever seen Bruce Springsteen and the E Street Band play live, you'll know that there's an exact moment near the end of the gig when every single musician is given their time to shine. With the audience in the palm of his hand, The Boss introduces each member of the "heart-stopping, pants-dropping, love-making, earth-quaking, Viagra-taking" E Street Band in a moment of pure joy.

What follows next is a blistering encore which usually features the likes of 'Born To Run', 'Tenth Avenue Freeze-Out,' and the iconic 'Dancing in the Dark.' If it's possible to bottle the feeling from these 15 minutes and sell it, you'd be a millionaire.

However, before this moment arrives, Bruce remembers 'The Big Man,' the irreplaceable and divinely-talented Clarence Clemons.

Within the space of ten minutes, Springsteen can bring audiences to the brink of tears as he lovingly remembers the much-missed saxophonist but minutes later, 80,000 people are dancing in unison as the stadium seems impenetrable to the world's problems.

When it comes to The Boss, the polar opposites of joy and sadness, love and loss, ordinary and extraordinary always sit comfortably with each other.

Simply put, Springsteen has always had that human touch and the same can be said for Gurinder Chadha's wonderful new film, Blinded by the Light, because it revels in the best of The Boss' music while having its own distinct voice.

Inspired by a true story, the film tells the story of Javed (Viveik Kalra), a British teen of Pakistani descent that's growing up in Luton, England, in 1987.

Amidst the racial and economic turmoil of the times, he writes poetry as a means to escape the intolerance of his hometown and the inflexibility of his traditional father. But when a classmate introduces him to the music of Bruce Springsteen, Javed sees parallels to his own working-class life in the powerful lyrics. 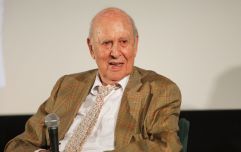 END_OF_DOCUMENT_TOKEN_TO_BE_REPLACED

As Javed discovers a cathartic outlet for his pent-up dreams, he also begins to find the courage to express himself in his own unique voice.

In terms of tone, Blinded By The Light is like Sing Street mixed with the feel-good teenage vibes of a John Hughes film and The Boss' music.

Make no mistake about it, Springsteen fans will absolutely adore Chadha's film because it captures the spirit of what makes his music and lyrics so beloved.

Unlike Moulin Rouge, or the recent Beatles-inspired Yesterday, Blinded by the Light features 19 Springsteen tracks that are all performed by the great man himself. There's no tinkering, altered versions, or re-dubs. This is pure Bruce. His tracks, his words, his voice.

They may be his songs and his lyrics, but what's so clever about the film is how they use Springsteen's words to enhance Javed's story. Inspired by the life and novel of journalist Sarfraz Manzoor, the film expertly draws parallels between Javed's life and Springsteen's teachings.

For example, like most teenagers, Javed feels trapped in a small town and desperate to escape. Well, that's exactly what Bruce Springsteen's first few records dealt with as the Jersey boy desperately tried to amplify his voice and escape the confines of Freehold, NJ. 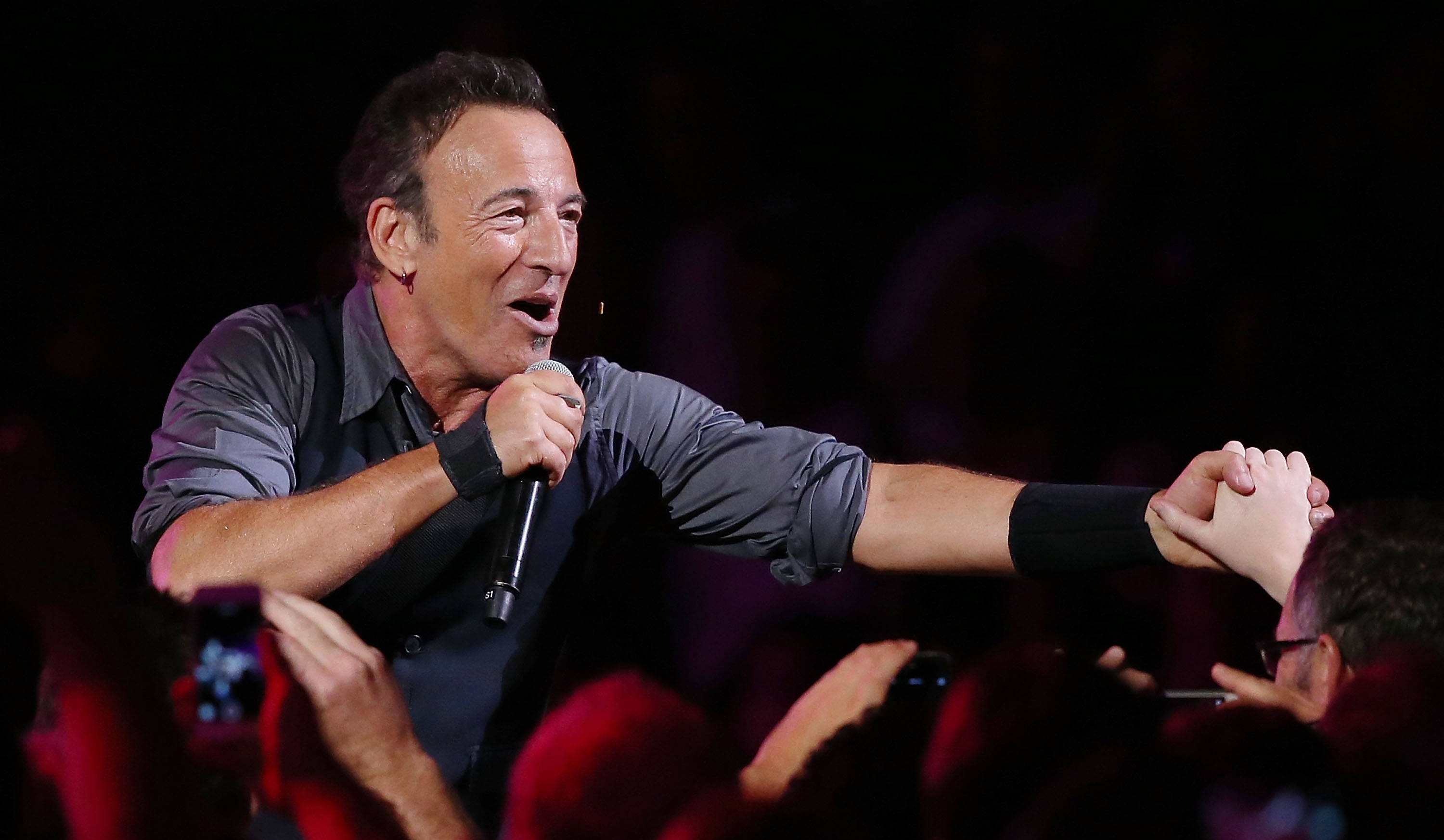 Elsewhere, another scene perfectly uses the lyrics of Darkness on the Edge of Town to reflect Javed's anxieties and frustrations when it comes to his passion for writing. 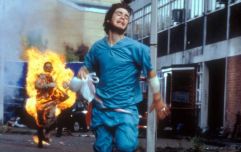 END_OF_DOCUMENT_TOKEN_TO_BE_REPLACED

It's his secret and it will get him into trouble, but it's also his passion. As Bruce once said about secrets, people carry them around 'Till some day they just cut it loose, cut it loose or let it drag 'em down".

What's incredibly clever about Blinded by the Light is how every lyric fits with each scene.

At one point, Javed is desperately trying to break free of his strict upbringing and find his voice as a write. Well, there's no better motivational words than "you can start a fire without a spark".

Simply put, that's the power of music. It helps people explain the unexplainable, put words and meaning to feelings that they can't describe, and find answers to questions that really should have no answer.

If you're a fan of The Boss that loves his words just as much as his skills as a musician, Blinded by the Light is a symphony of joy. It might sound cheesy but the soundtrack and script really do capture the spirit of Springsteen. 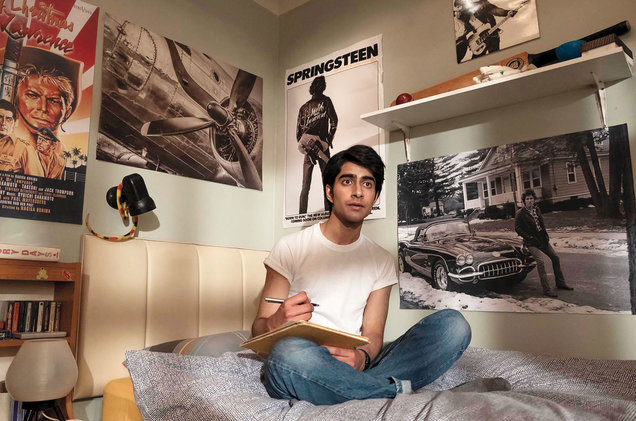 Elsewhere, the film doesn't shy away from the harsh social-political realities of unemployment and the bleak era of Thatcherism in the '80s and fans will also be very impressed with how the opus of 'Jungleland' is used during one eerily-poignant scene.

In many ways, Blinded by the Light also feels like the spiritual sequel to the recent Netflix documentary, Springsteen on Broadway. If that one-man show was concerned with putting context on the lyrics, Chadha's film is more concerned with using the lyrics as context for Javed's journey.

It's unashamedly joyous and optimistic - some moments do verge closely to cliché territory but by that stage, the film has so much goodwill built up that it's impossible to waver. It's a crowdpleaser and the passion from its music, screenplay, direction, and performances is easy to see.

Like so much of Springsteen's real life and work, at the heart of the film is the relationship between Javed and his father. Without delving into spoiler territory, if you're not welling up by the end credits then you must be tougher than the rest. However, much like any Springsteen show, you won't be waitin' on a sunny day for long because the next song, laugh, and smile are never too far away.

Make now mistake about it, Blinded by the Light is a wonderful feelgood film that crosses generational and cultural lines. Perfect for anyone that ever checked their look in the mirror and wanted to change their clothes, their hair, their face.

If you have even the slightest emotional connection to Springsteen’s music, this is for you.

Blinded by The Light is released in Irish cinemas on 9 August.