Five years on, we look at the only movie Marvel announced but never actually made

It was originally due to be released between Infinity War and Endgame.

Right from the first Iron Man movie was announced in 2016 and released in 2018, every single movie that Marvel announced has arrived in cinemas... except for one.

Last weekend at San Diego Comic-Con, Marvel took to the stage to lay out its plan of action over the next few years, including most (but not all) of the confirmed entries to come in the Phase Five and Six of its ongoing franchise, which will conclude the Multiverse Saga.

END_OF_DOCUMENT_TOKEN_TO_BE_REPLACED

It was the first time that Marvel had presented an updated look at the schedule since 2019, right on the tail of the Infinity Saga, ending with Spider-Man: Far From Home.

But a few years prior to that, in October 2014, studio bosses officially laid out the MCU's Phase Three, beginning with 2016's Captain America: Civil War, all the way up to that ending to the Infinity Saga in 2019.

Buried in the middle of that line-up, there was a movie due for release in between Avengers: Infinity War in April 2018 and Avengers: Endgame in April 2019.

A movie that never actually arrived, and to this day, the only movie ever announced by Marvel to never materialise.

END_OF_DOCUMENT_TOKEN_TO_BE_REPLACED

And that movie was Inhumans.

At the time, Disney still didn't have the rights to the X-Men (or Fantastic Four, or Daredevil, etc.), and it wouldn't until March 2019, following the purchase of 20th Century Fox. But until then, Disney executives planned to have the Inhumans be their answer to the X-Men, telling the story about a group of uniquely powered people and their interactions with the world as we know it.

In 2014, Marvel head honcho Kevin Feige had this to say about the project:

END_OF_DOCUMENT_TOKEN_TO_BE_REPLACED

"We really do believe the Inhumans can be a franchise or a series of franchises unto themselves. They have dozens of powers and an amazing social structure. With our 20th movie in the Marvel Cinematic Universe, we wanted to continue to refine what that universe is about."

That spot as the 20th movie was eventually taken by Ant-Man and the Wasp, when in April 2016, the movie was taken off the Marvel reveal schedule entirely, although they were quick to confirm that the project wasn't cancelled.

By November 2016, even Feige seemed unsure of the future of the project, telling SlashFilm the following:

"Inhumans will happen for sure. I don't know when. I think it's happening on television. And I think as we get into Phase 4 as I've always said, it could happen as a movie."

Shortly after, IMAX was announced as a financial partner with Marvel for an Inhumans series, marking the first time they had ever done so for a television series. IMAX paid for the entirety of the first two episodes, hoping to replicate the recent success they had big screen event screenings of Game Of Thrones.

Executive producer Jeff Loeb told IGN that it would be "a television show that is premiering in an IMAX theatre, [...] a unique way to be able to see TV."

That was all well and good, until the show actually arrived.

The IMAX screenings of the first two episodes made a combined total of $3.5 million worldwide - they are rumoured to have cost between $8 million to $10 million per episode - resulting in the CEO of IMAX to publicly state that it was down to "misalignment of customer expectations", who were expecting "a production akin to a mega-budget blockbuster movie, rather than pilots for a television show".

Which is a very nice way of saying it these were two episodes of a TV show that had no right to be on an IMAX screen, but maybe audiences would show up for the show when it screened for them at home on the ABC network?

In the 2017/2018 television season, Inhumans was the 121st most-watched show on TV, and came paired with an 11% score on Rotten Tomatoes. By May 2018, ABC officially cancelled the show.

A year later, Disney had the rights to the X-Men and began making plans to fold them into the MCU, so any and all thought to the cancelled-movie-and-then-cancelled-TV-show was effectively gone... until Doctor Strange in the Multiverse of Madness, when Black Bolt (played by Anson Mount), the leader of the Inhumans in the show, appeared as part of the Illuminati.

Could this mean that Marvel is planning on bringing them back somehow, rebooting the Inhum-

But still, that was fun while it lasted.

All eight episodes of Inhumans - and the Doctor Strange movie sequel - are available to watch on Disney+ right now. 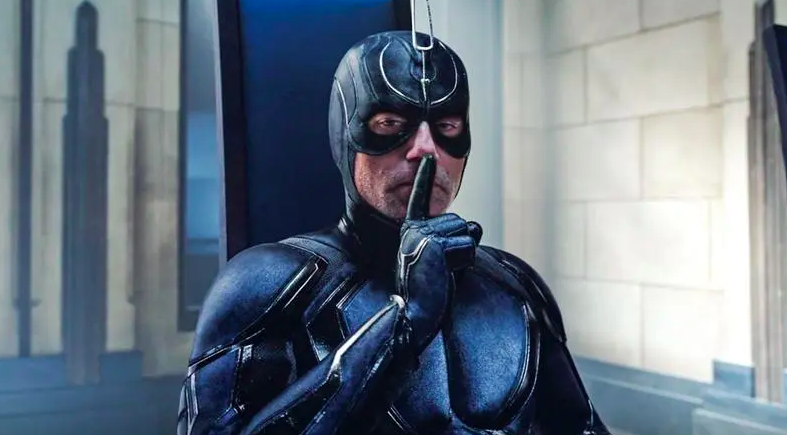 popular
The JOE Friday Pub Quiz: Week 307
QUIZ: You'll need to be razor-sharp to get 100% in this General Knowledge Quiz
Event Horizon is the horror movie that proves that sometimes film critics get it very wrong
A great underseen action thriller is among the movies on TV tonight
Disney+ has just added 10 big movies to its library
An exciting Irish crime thriller is among the movies on TV tonight
Thunderstorms and heavy rain to end Ireland's current heatwave
You may also like
2 days ago
WATCH: House of Hammer details the alleged crimes of award-winning actor Armie Hammer
2 days ago
Prime Video has just added 25 very big movies to its library
3 days ago
5 must-watch shows and movies streaming on NOW in August
5 days ago
Two long-thought-dead Marvel projects appear to be in the works
1 week ago
This new true-life disaster show is being called one of the grimmest, bleakest shows ever made
1 week ago
All the new releases coming to Netflix, Prime Video, Disney+ and cinemas in August
Next Page